Mogogo is the typical oven used by Eritrean women to bake injera, a traditional meal in Ethiopia, Eritrea and Somalia. Teff flour (teff is an ancient cereal growing in Ethiopia and Eritrea) is mixed with water and let fermenting for several days, as with yeast. This process results in injera’s slightly sour taste. 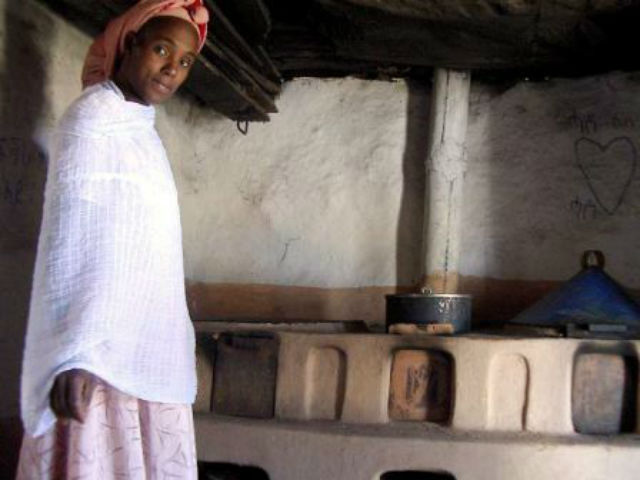 Injera is then baked in Mogogo, a flat clay oven, often covered with a metal lid. The heat is produced burning firewood or even kerosene. This method is really inefficient and during the years it has brought to their knees the already lacking wood stocks of this Sub-Saharan country.

According to some studies, this kind of cooking counts for 50% of the overall consumptions of a household. That is why Debesai Ghebrehiwet, energy manager and renewable energy expert, designed and realised an oven which can cut fuel consumptions and fumes up to 90%. This is an important result for the economy of several households, and particularly for women’s health. Indeed, only women bake injera and are constantly exposed to combustion exhaust fumes. “Thanks to this oven, women and children have to spend less time gathering fuel wood,” explained Debesai Ghebrehiwet during the introduction of the project at Expo 2015. 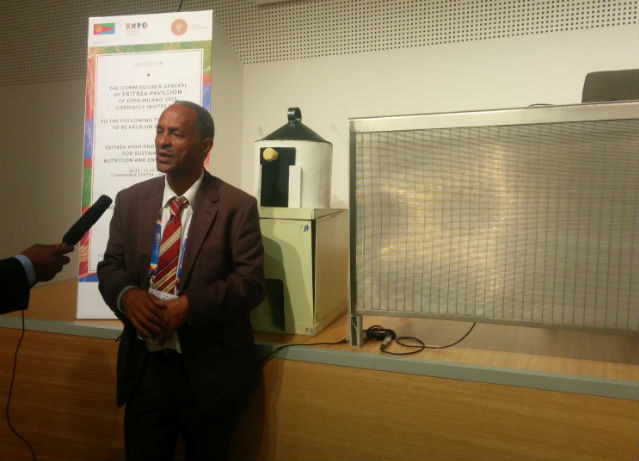 “We estimated that this oven can reduce CO2 emissions by 144,000 tons per year and firewood by 600 kg.  The oven design makes it cheap, functional and efficient. It can convey the heat and was designed to meet the needs of Eritrean families.”

The project consists in three adjacent ovens, one intended for baking injera, one for preparing sauces and the other for baking kicha, the local bread. The stove is equipped with a chimney and a valve to remove the smoke and monitor the air flow. The air passes through the bottom of the stove and through a ceramic grid at the bottom of the furnace.  This improves the passage of the air, while the walls of the oven hold the heat and avoid wasting energy. The project was awarded with several prizes, among which the Green Apple Award in 2010, and more recently the Energy Globe Award (2014).

This project proofs that Expo does not only hold major events or hosts only major celebrities or major brands, but it also welcomes people working to improve the life of their fellow citizens and able to “feed the planet.”