The mysterious mass death of the saigas

The saiga antelope (Saiga tatarica) is a species of antelope with a funny yet irresistible snout, similar to that of ALF, the protagonist of the American sitcom of the 80’s. However, this sequence of events is anything but funny: these antelopes have mysteriously died in recent weeks. 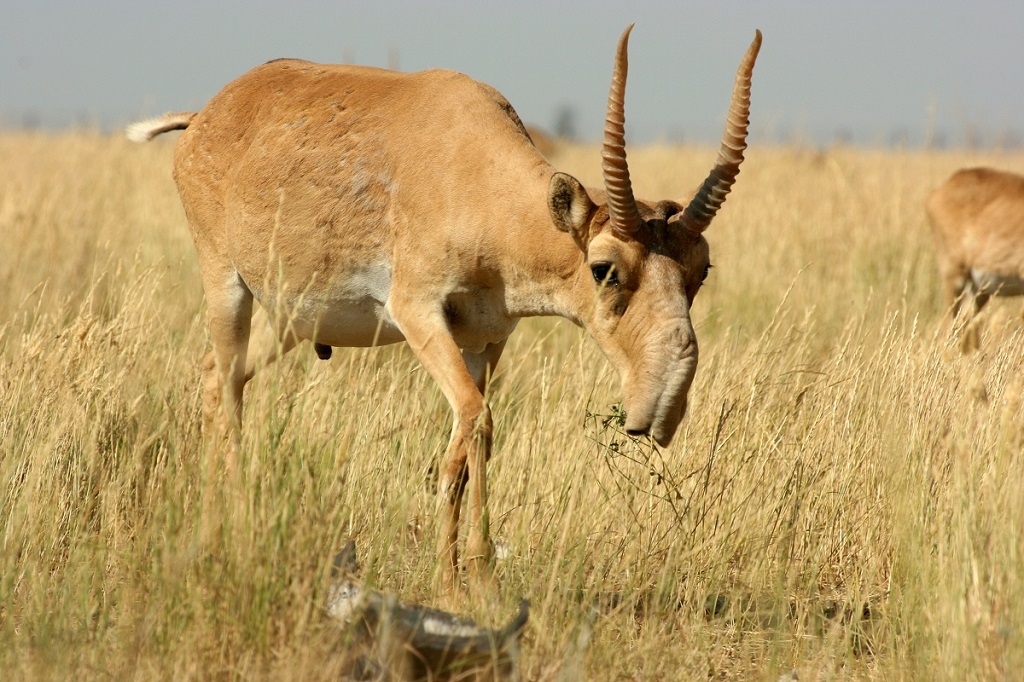 More than 120,000 saigas have died in Kazakhstan since mid-May, halving the critically endangered population of Central Asia. The saiga antelope roamed the Earth during the last Ice Age, but was almost driven to extinction by a loss of habitat and hunting over the last decades, reducing saigas population by 95%.

In 2002, the species has been added to the Red List of the critically endangered species of the IUCN, the International Union for Conservation of Nature. Since then, the number of individuals has risen, since protected areas have been instituted and conservation plans have been carried out. 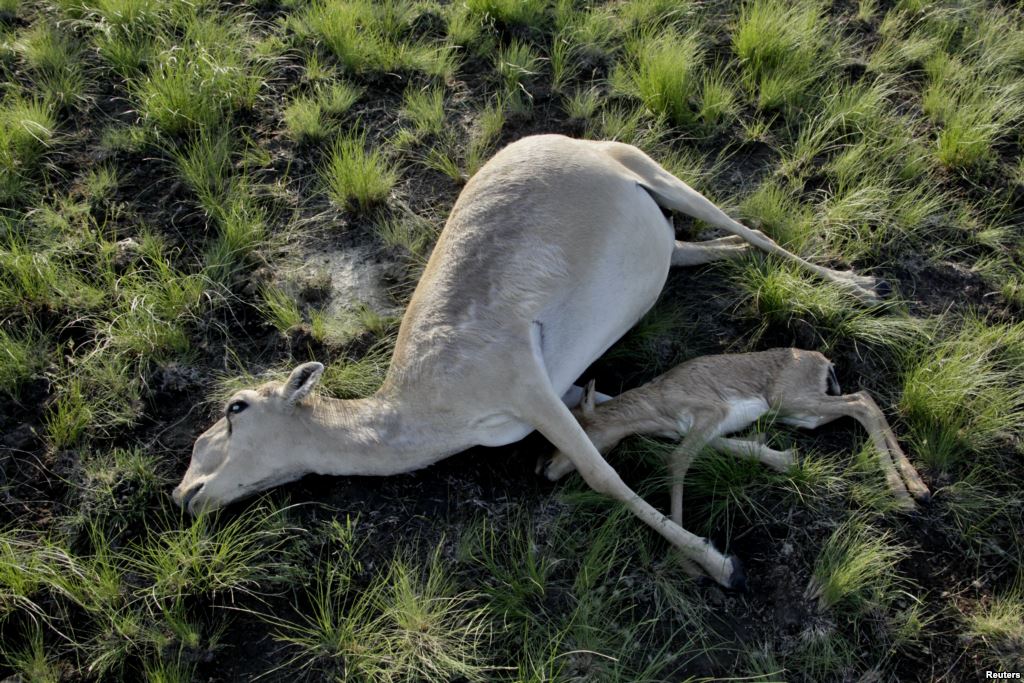 However, the current situation could jeopardise the labour that has been done and represents “a major blow for conservation efforts given that saigas have in the past ten years only just started to recover,” reports a UN public notice. Saigas seem to be victims of a horrific epidemic: they die within hours of showing symptoms, which include diarrhoea and respiratory crisis.

The phenomenon is anomalous, since it represents a death rate of 100%, affecting both adults and new-borns, with the onset in a particularly critical period, the calving season. The causes of the epidemic are still unknown, but scientists of the Convention on the Conservation of Migratory Species of Wild Animals (CMS) started assuming hypothesis. 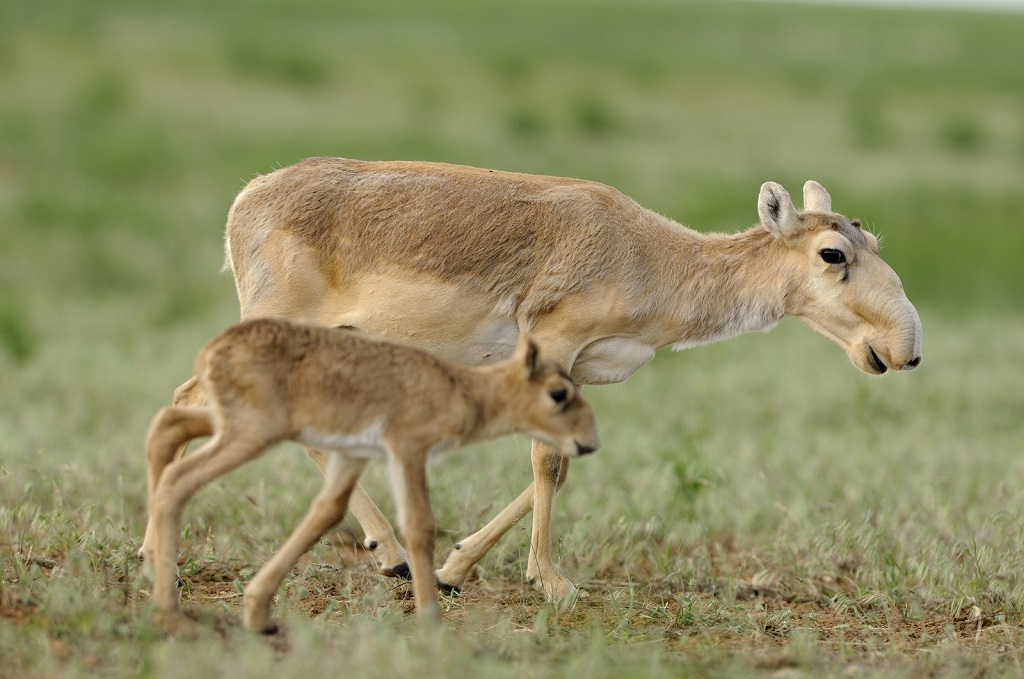 Two types of bacteria have been found in every dead animal studied. However, such bacteria are commonly benign and are naturally found in saigas’ stomach. For this reason, something else should have weakened animals’ immune systems, such as the epizootic haemorrhagic disease, triggered by a virus transmitted by flies.

Another but less likely cause has been identified: fuel poisoning. The nearby area where antelopes live hosts the Bajkonur cosmodrome.

“We are trying to figure out if something has changed in the climate or the environment and then has weakened saigas’ immune denfense,” explained Aline Kühl-Stenzel of the UNEP. 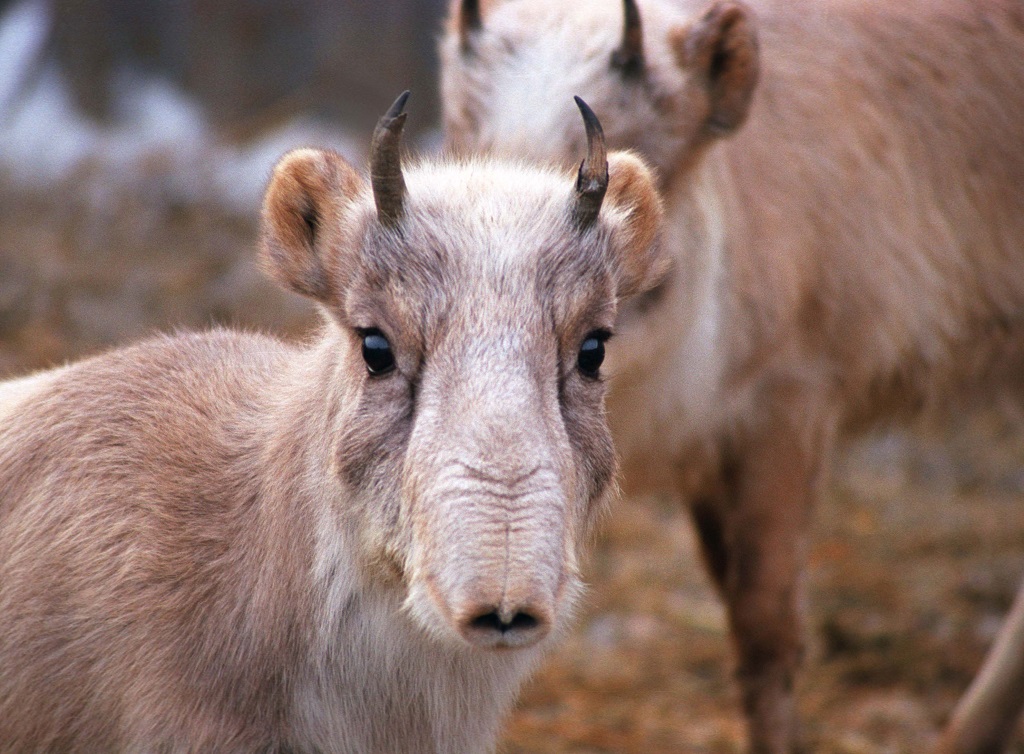 According to biologists, mortality rate is now dropping, and saigas’ fertility allows them recovering quickly, thanks to their extraordinary recovery capacity, even after significant population falls. In their lifetime, female saigas can give birth to over 20 individuals. However, this weird yet beautiful antelope is still in danger.