A rhinoceros is invincible to our eyes. It is a huge animal with a leathery skin, similar to a medieval knight’s armour, and on the extremity of its snout there’s a horn able to uproot trees. Yet, these giants are disappearing, over 100 rhinos per month. 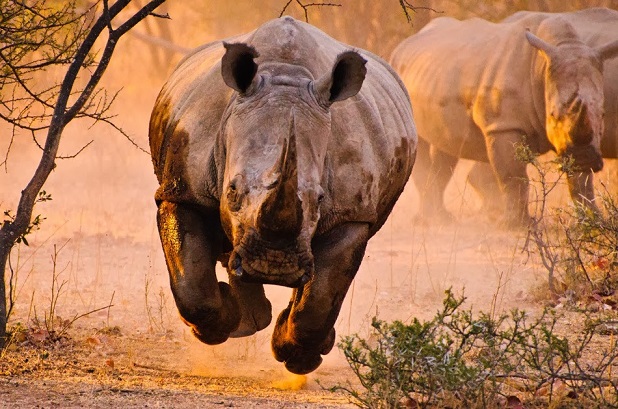 This is the dreadful count of rhinoceroses killed in South Africa in 2014, for a total of 1,215 individuals, setting a new disheartening record. Despite numerous measures have been taken to stop the slaughter, the number of killings has increased by 21% compared to the previous year, when 1,004 rhinos were killed.

The WWF urged to intervene on an international level to face the crisis of the umpteenth nature crime, in view of the wild species illegal trade meeting to be held in Botswana in March.

“The world could assist defenceless to the programmed extinction of a unique, symbolic and extraordinary species, to the detriment of both local and global community, and all to the good of terrorism and racquet,” said Isabella Pratesi, WWF Italia conservation Director. 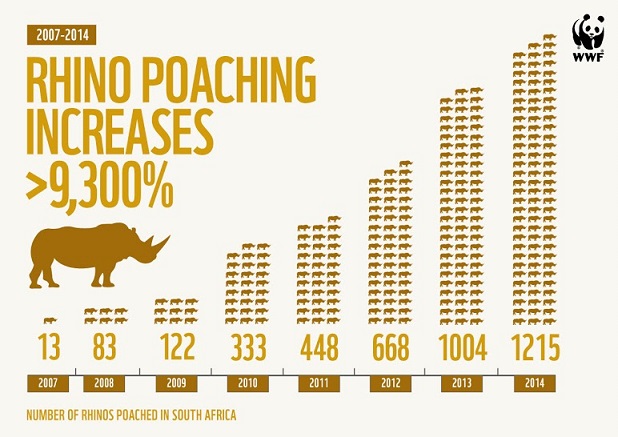 Most rhinos, hunted and slaughtered for their horns, are killed in the Kruger National Park, home to the world’s largest rhinoceros population. Some 20,000 rhinoceroses live in South Africa, i.e. over 80% of the world population.

“We saw how not even experienced rangers from large parks like Kruger can do enough to stop the armed militias that made a real business out of rhinos poaching,” said Isabella Pratesi. Despite South African authorities have registered 386 arrests for crimes against rhinoceroses last year, law is not enough to contain such a turnover. 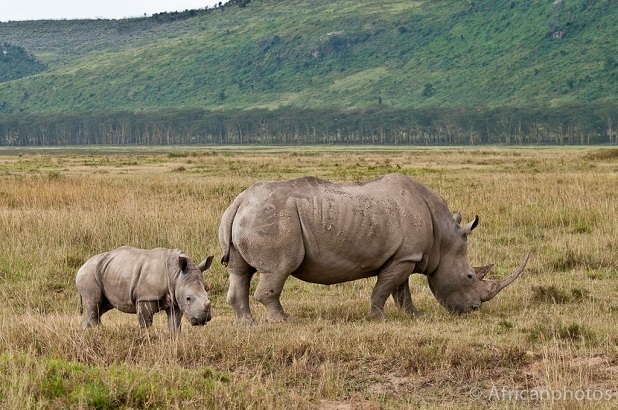 40 years ago, over 70,000 rhinoceroses roamed African lands, whilst today they are less than 25,000. There’s a war going on, and if the right countermeasures are not found, rhinos will lose it. And we will have to explain to future generations why we didn’t act to impede the extinction of the ancient knights of the Savannah.