There’s more to Milan than Expo: discover one of its hidden treasures

Whilst Milan is busy with the World Fair, we roam its streets looking for uncommon and hidden beauties. Today, we visit San Bernardino alle Ossa.

Milan is counting down to the Expo 2015 and on this occasion wants to let its light shine to demonstrate that it isn’t simply the 41th city with best quality of living as it was revealed in a recent ranking.

Let’s keep on walking in its streets and look at it with different eyes to tell you what strikes us most: we have already told you about the Italian Galleries and, a short way from it, still in the city centre, we happen upon  the Chiesa di San Bernardino alle Ossa.

We’re a hair’s breadth away from the Università Statale, Milan public university, and in piazza Santo Stefano, next to the majestic Basilica, there is a small church that at a glance doesn’t catch your eyes. You should go into it to be stunned by its beauty. 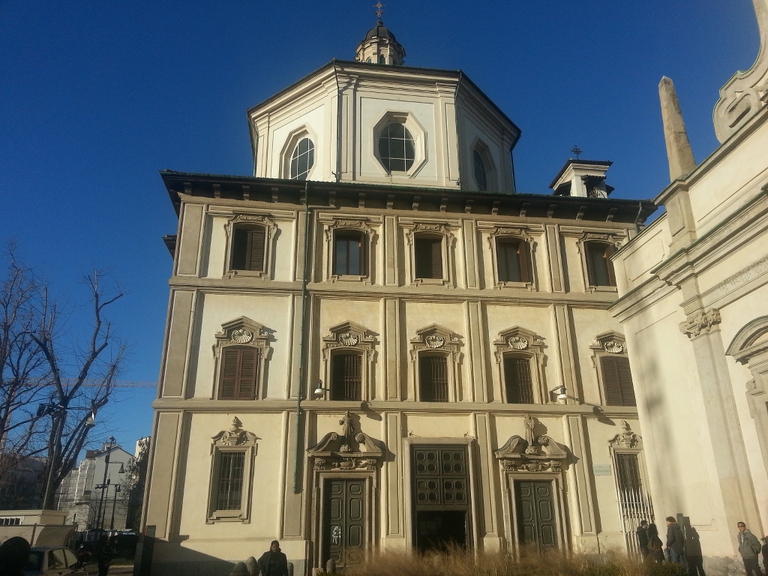 It dates back to the Middle Ages, but it was rebuilt after the bell tower of the adjacent Basilica di Santo Stefano collapsed and then after a fire happened. By crossing the atrium you can reach the ossuary chapel, home to an unusual treasure that can amaze, impress or even frighten. The walls of the chapel are almost completely covered in human skulls and bones: niches, cornices, pillars and doors are all decorated with them. The relics probably belong to the people who died in the Brolo hospital, and to those who were buried in the cemeteries that were demolished in the 15th century. The skulls that are held in the chests on the entrance door belong to people who were condemned to death.

And, to crown this gloomy atmosphere… according to a legend, on 2nd November, the day of the dead, a girl, whose remains adorn the ossuary altar, comes back to life and encourages the other skeletons to perform the dance of the death.

If you like to look for uncommon places you should absolutely go to San Bernardino church. A tip: learn about the church opening hours or you can find the children of the Filipino community occupying the church and the nearby Basilica for their after-school activities.