The 20th of April is the sad anniversary of the Deepwater Horizon oil rig environmental disaster, the worst in US history. 5 years ago, the oil platform owned by the British Petroleum (BP) exploded during the realisation of a 1,500-metre-deep well in the waters of the Gulf of Mexico. The accident killed 11 people and caused the spill of 780 million litres of crude oil that continued until the 15th of July 2010. Disaster’s real damages and effects are still under study. Considered the noteworthy quantity of oil left in the gulf’s sea floor and its unprecedented dispersion, it will take years or even decades to calculate the real environmental impact, according to report published by the National Wildlife Federation last March.

However, the damages caused to wildlife by the oil spill and those it will continue to bring about are evident. According to the report, 12% of the population of brown pelicans (Pelecanus occidentalis) of the Gulf of Mexico died as a result of the accident. The birds that survived are still in danger, since they could ingest oil during leathers cleaning or by eating contaminated fish. 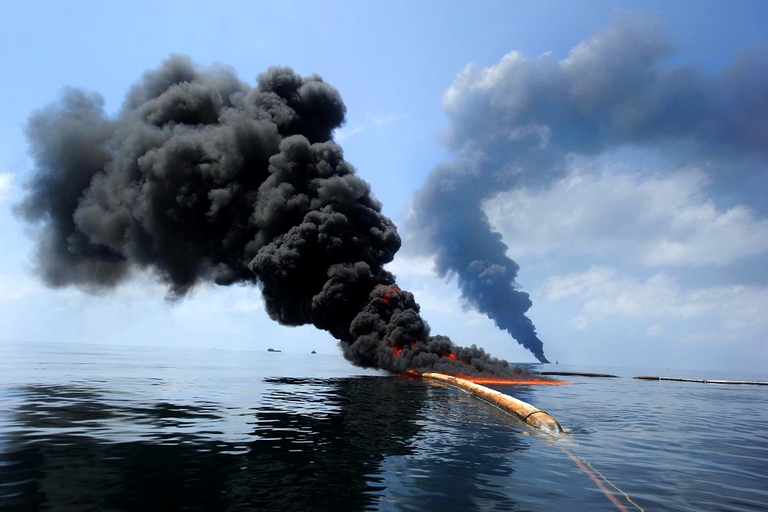 A prolonged exposure to oil can cause severe long-term damages, such as heart disorders and a minor fertility that will lead to reproduction rates drop. The oil dig explosion also significantly accelerated the erosion of coastal and swamp areas home to pelicans.

The study also assessed the impact on other animal and plant species, such as the common bottlenose dolphin (Tursiops truncatus), the sargassun (Sargassum), the seaside sparrow (Ammodramus maritimus), corals, oysters, and the Kemp’s ridley sea turtle (Lepidochelys kempii), considered as the world’s rarest sea turtle.

Dolphins showed a mortality rate four folds higher than the average, and high possibilities of lung diseases onset, whilst Kemp’s ridley sea turtles’ nests dropped by 35% since 2010, year of the disaster. The disaster also had significant effects on man. According to the report, volunteers and workers who participated to the cleaning and contributed to save ecosystems and thousands of animals have now higher risks to develop diseases like cancer”.