Hanami and sakura are the two Japanese words you need to know to enjoy pictures of cherry trees blossoming in the Land of the Rising Sun.

Sakura means cherry tree in Japanese. Hanami is a yearly tradition celebrated in the capital, Tokyo, and other cities where these plants decorate the streets, and takes place between the end of March and the beginning of April. The object of everyone’s attention is the thousand-year-old recurrence of cherry trees blossoming, which captivates the entire nation and attracts tourists from all over the world.

Hanami is a moment to contemplate the explosion of nature taking place in the parks of every city. The blooming period starts in January in Okinawa and eventually reaches all the isles of the archipelago, from the all-charming Kyoto in February to Tokyo in early spring.

An event so beautiful, sakura blooming is immortalised by international photographers every year with images showing celebrations and picnics consumed in the shadow of pink, red and white flowers. Below you can admire Chris McGrath’s photographs of hanami in Tokyo and by watching this video you too can take part in the festivities. 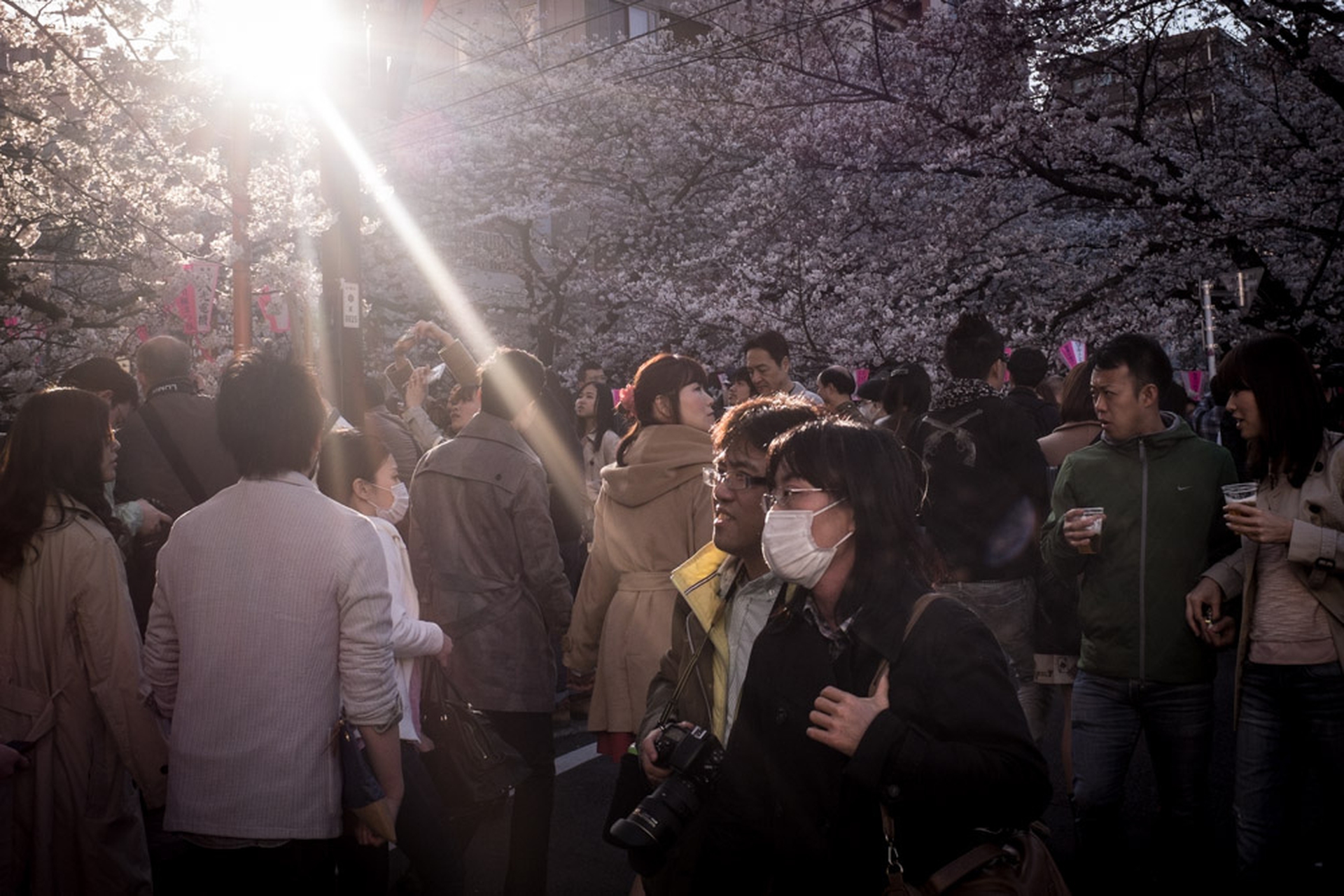