Why do koalas hug trees?

Australian research reveals that koalas hug trees to reduce their body temperature, by clinging to tree branches that are cooler than the temperature of the air.

In the Australian Outback the temperature can exceed 40°C during summer. The thick fur of the koala (Phascolarctos cinereus) can represent a real problem to face such extreme temperature.

However, these funny animals don’t go into hiding in their lairs to lower their body temperature like other marsupials do; they hug trees instead. Pictures of koalas clinging to eucalyptus branches are pretty typical, but now scientists are giving a new explanation.

“If we all had infrared vision, we’d have known all along what koalas are doing,” says Natalie Briscoe, assisant of the lead author of the study, Dr Michael Kearney, senior lecturer in zoology at the University of Melbourne. Briscoe, using a thermal-imaging camera to measure the microclimates of koala habitats, has discovered that the tree trunks to which koalas clung were on average over 5°C cooler than the surrounding temperature. 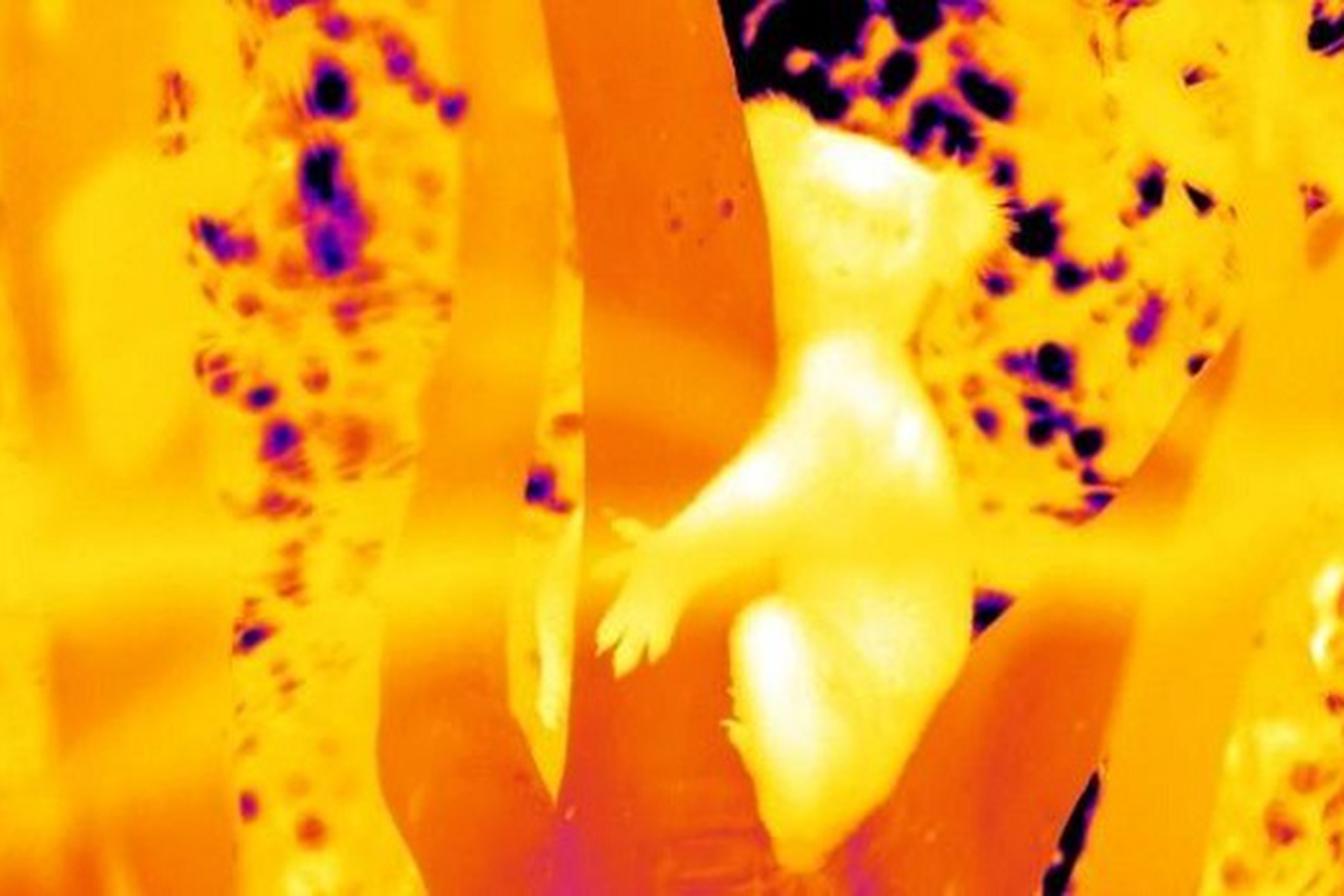 Researchers monitored 37 individuals using radio-collars, in order to control koalas’ behaviour and measure surrounding temperatures. Thanks to data collected, scientists have noticed behavioural differences depending on climate. In the coolest days, up to 25°C, koalas sit on the highest leafy branches, whilst in the hottest day they favour lower branches, where they lay down in order to cool their body temperature down.

In hot weather koalas climb down their favourite trees, the eucalyptuses (from which they obtain food and liquids, by eating up to 1 kg of leaves per day), to move to acacias, which have cooler trunks. The study, published in the journal Biology Letters, shows that koalas hugging trees can reduce their body temperature by 68 per cent, thus reducing the need to evaporate precious water.

This smart cooling strategy is likely to be used by other animals, said professor Michael Kearney. “Cool tree trunks are likely to be an important microhabitat during hot weather for other tree-dwelling species, including primates, leopards, birds and invertebrates,” he said. These results will help biologists forecast animals’ adaptation strategies in order to face the ongoing temperature increase, providing important information on the most important habitats to be saved.