Turmeric, the most special of all spices

Turmeric is a spice with a pungent aroma that helps prevent and treat many diseases. Its gnarled roots are similar to those of ginger, but its pulp is of a beautiful bright orange colour.

Turmeric, a yellow root of the ginger family, is cultivated in China, Indonesia, Costa Rica. The Hawaiian traditional medicine is completely based on this spice, which is there called “holena”. In India, the major producer of turmeric worldwide, it is used for centuries in Ayurvedic medicine for its preventive and therapeutic properties and mainly to heal inflammation and wounds.

PubMed Health of the National Library of Medicine features hundreds of scientific publications on turmeric. Here it is described as a powerful natural antioxidant that slows the progression of HIV, prevents red blood cells from coagulating, impedes the development of candida and other fungal infections, protects from sunrays, inhibits cataract formation, encourages joint motility, relieves arthritis pain, serves as a remedy against psoriasis, detoxifies the blood, protects the liver, delay brain ageing and Alzheimer’s disease and treats tumours. According to one of the articles, it is the most powerful natural anti-inflammatory. 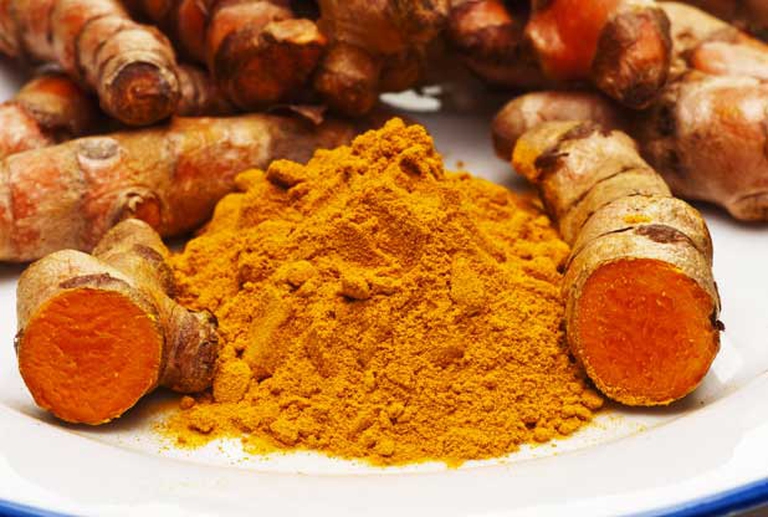 In 1996, two Indian researchers at an American university, after producing a drug whose active ingredient was exactly this yellow spice, requested and obtained a patent for it: a meaningful example of biopiracy. The legal action taken by the Indian Council for Scientific Research, however, brought the US Patent Office to admit that the medicinal properties of turmeric are an Indian discovery and therefore not patentable and to declare the revocation of the patent. A victory that prevented the pharmaceutical industry to be interested in turmeric and that explains why the extraordinary properties of this root, widely demonstrated by modern science, are not yet worldwide exploited.

Here are a few articles to delve more deeply into the healing properties of turmeric.

Turmeric, the spice that keeps us young

Turmeric, how to use it in cooking

Ginger, for an instant relief from headaches

There are foods that can very effectively prevent or alleviate headaches. Among these, ginger is the undisputed ruler. Let’s discover the foods to use and the ones to avoid.

Golden milk, the original recipe of the anti-inflammatory turmeric latte

Turmeric, cinnamon, honey and almond oil. These are the ingredients to make golden milk, one of the best and most effective natural remedies.

In Glasgow, technological solutions to climate change have been cleared as “natural” but are in contrast with regenerative, biodiversity-centred solutions.