Solaroad, the world’s first solar and cycling lane opens in Amsterdam, the Netherlands.

Every day around two thousand cyclists ride the two-way cycling lane that connects Krommenie and Wormerveer, two suburbs of Amsterdam, the capital of the Netherlands. For commuters and students bicycles are the fastest means of transport to get around in this city. 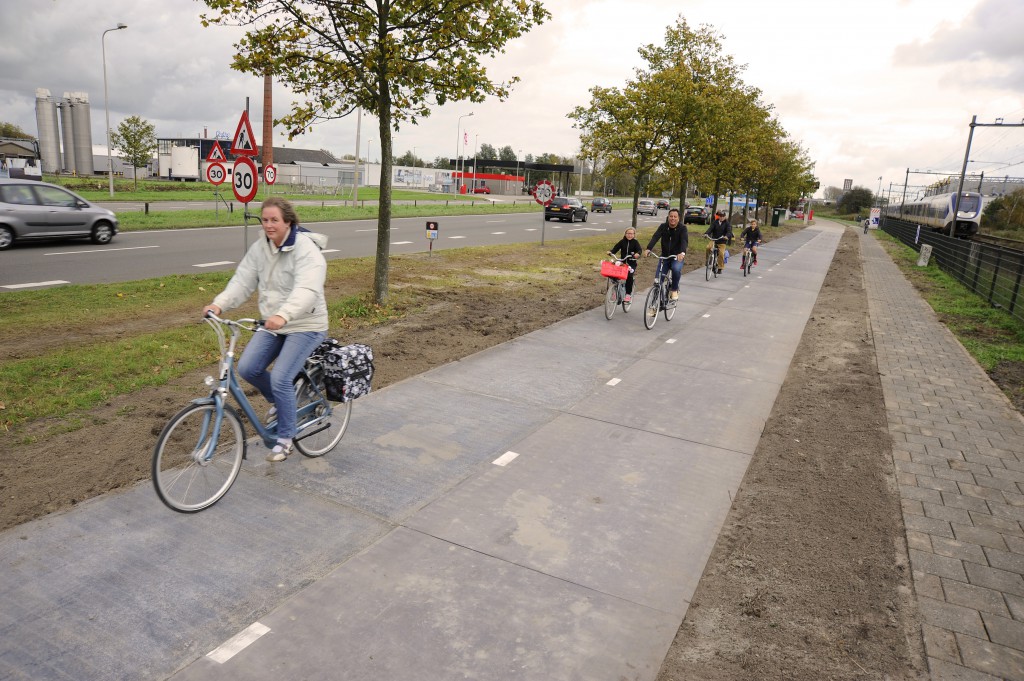 From 12th November, a 70-metre stretch of this path will become popular for being the world’s first cycling lane with embedded solar panels. The project is called Solaroad and seems to be the perfect solution for the environment not only because cycling lanes are good for sustainable mobility and have a low environmental impact, but also because it can generate green electricity.

This first experimental stretch cost local authorities around three million euros. Photovoltaic panels are made of crystalline silicon solar cells and covered with a translucent layer of tempered glass. The 70-metre long solar road should be able to meet the electricity demand of three families. Not so much, because panels cannot be adjusted to a position that guarantees the maximum exposure to sunlight and, as a result, high performances, but the project’s purpose is to try to take advantage of an area that otherwise would be merely covered with asphalt. 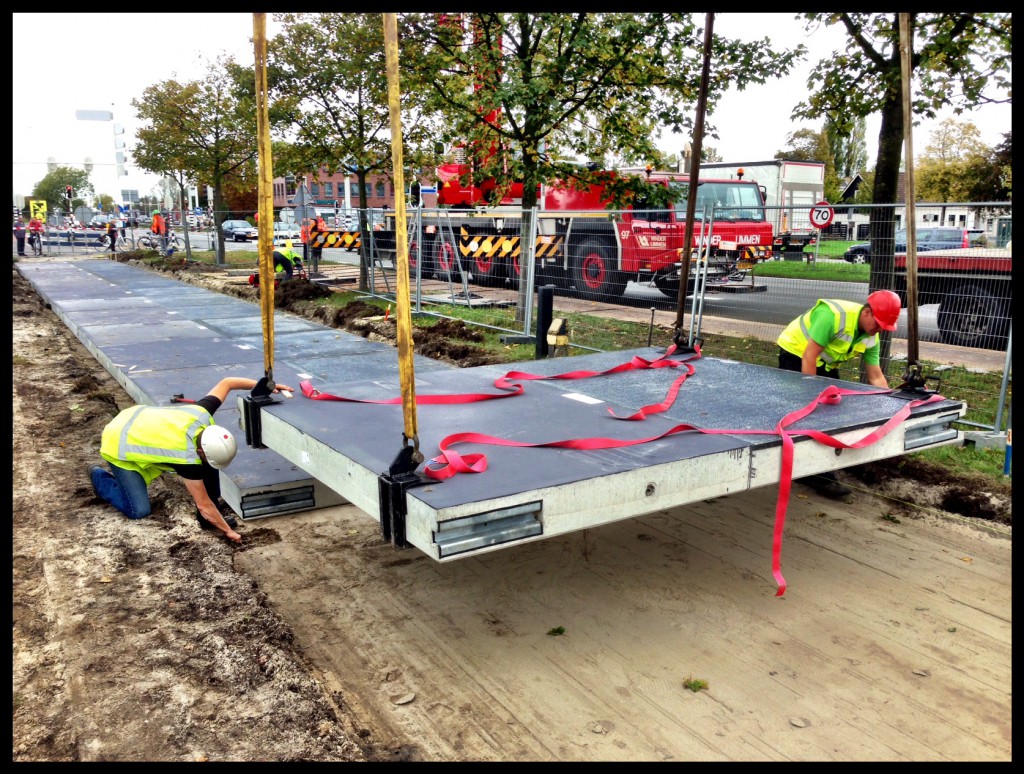 The goal of this project is to add another 30 metres of solar road by 2016 and then try to convert all roads, even those driven by cars and other vehicles, to solar roadways. According to what the Solaroad’s official website claims, if all US roads were paved with solar panels, the country would produce three times as much energy as it uses today and cut CO2 emissions by 75 percent.