Sustainable, two-wheel mobility is triumphing in Copenhagen. After years of investments, policies, and infrastructural changes, bikes now outnumber cars in the city centre. 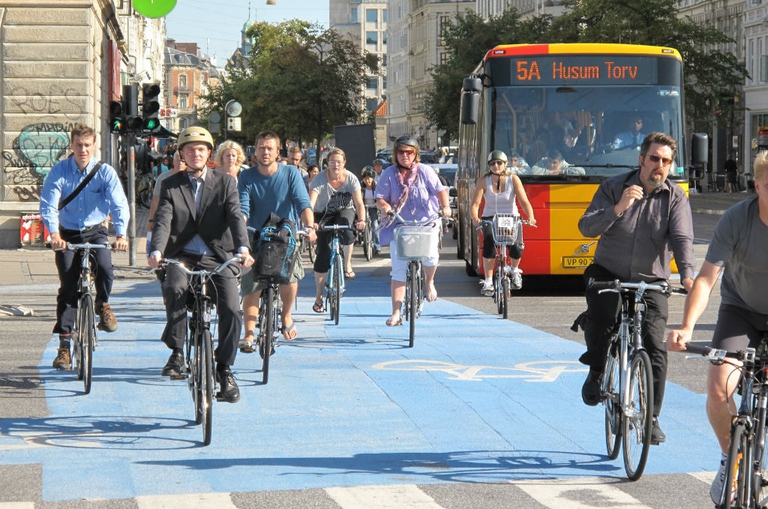 The website Copenhagenize has released data linked to the number of vehicles entering the city centre, which are monitored by the city’s administration on a daily basis. Last year, 265,700 bikes have entered the city, while cars amounted to 252,000, registering an increase of 35,080 bikes. As the infographic shows, Danish people prefer bikes and public transports to move across the city. The website also highlights that many cars are still sold in Denmark, despite buying and selling have decreased by 25 per cent.

In Copenhagen, 56 per cent of the citizens use bikes, 20 per cent use public transport, including buses, trains, and metro, while only 14 per cent choose cars to reach schools and workplaces. “Copenhagen’s choice of investing in bikes has an economic nature. They’ve figured out that to make a city efficient, people need to move rapidly, and bike is the most rapid mean,” said Paolo Pinzuti, editor at Bikeitalia.it and head of bike development at Bikenomist. The secret of Copenhagen’s success

Investments are key to success. The municipality has invested 134 million euros over a decade (more than 13 million per year) in infrastructures. Bike lanes, parks designed for intermodality, and 17 new bridges dedicated solely to bikes have contributed to this unprecedented result, so much so that cars can no longer compete. “Public transports, if efficient, are equally rapid. But they have higher costs compared to bikes and, most of all, don’t solve the issue of the last kilometre from the bus or train stations to one’s house,” adds Pinzuti. “Bikes are thus the cheapest mean of transport, are affordable to all, and bring major benefits in terms of efficiency”.

A new cycling lane glows blue at night in the town of Lidzbark Warminski. It is meant to improve the safety of cyclists and is simply… breathtaking.