Riding a bike at more than 100 km/h must be a strange sensation. That’s what happened to Andrea Gallo who set the Italian speed record with a human-powered vehicle. The prototype PulsaR reached almost 117 km/h during the World Human Powered Speed Challenge that took place in Battle Mountains, Nevada, United States. PulsaR was designed by the Policumbent team at the University of Turin: it is a two-wheeled means of transport with a very narrow aerodynamic fuselage that can barely hold the cyclist. Andrea Gallo had a narrow view of the outside and had to pay attention to balance on the vehicle. One of the main problems he had was that he felt fatigued due to lack of oxygen, so much so it was necessary to modify the vehicle to let some air into the cabin.

The Italian speed record was broken three times during the event: from 109.96 km/h to 112.16, and finally 116.19. Therefore, the Policumbent team ranked second in the academic competition and obtained the fifth best result ever. The world record, however, is still not within the Italian’s means: at present, Canadian cyclist Todd Reichert holds the record with 137.93 km/h. 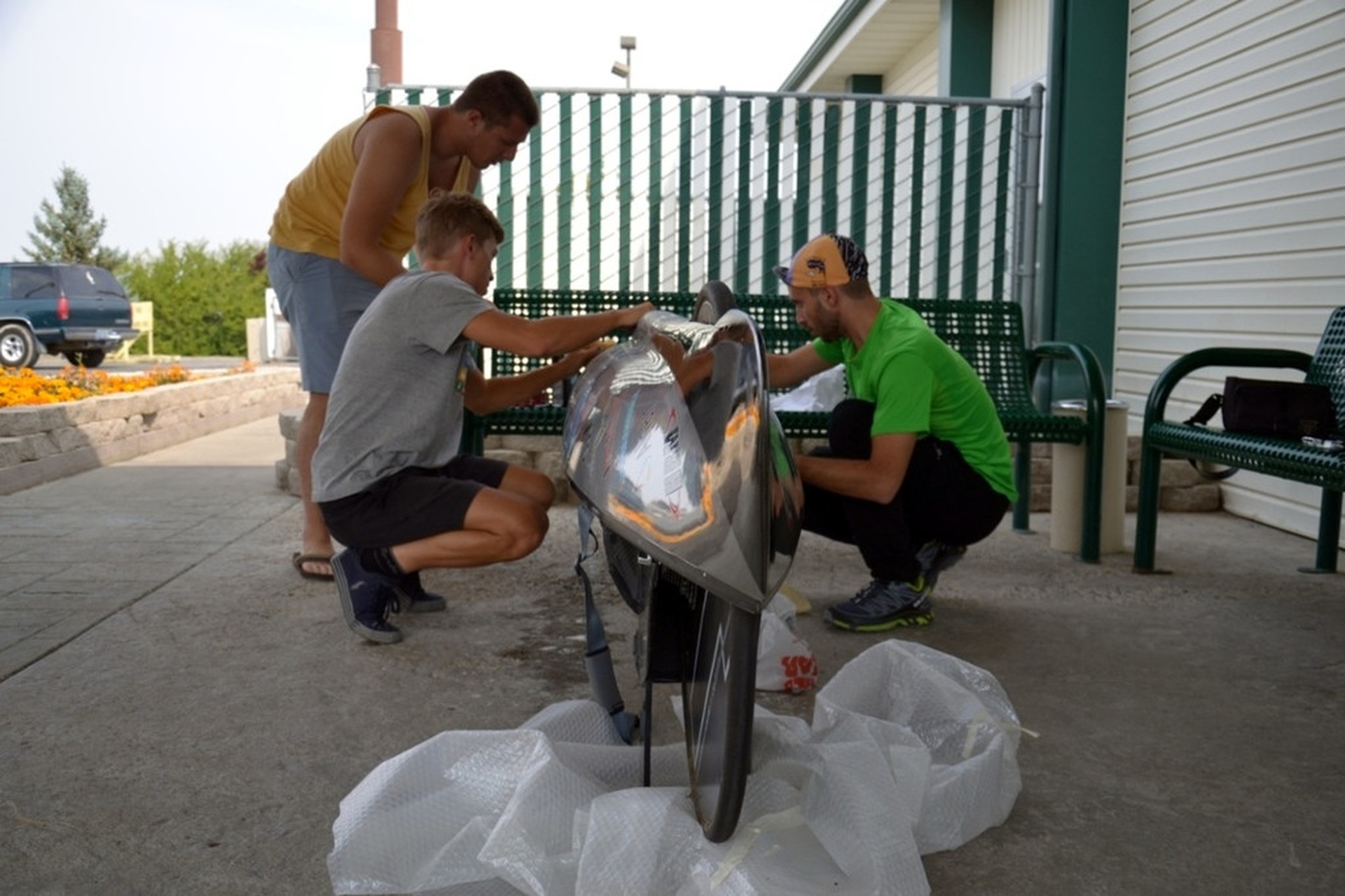 They have a very strong team spirit as it’s told in the Policumbent blog: excitement and passion combine with the common experience of riding as fast as possible: “The motel yard and the garage are in turmoil because we’re finishing and enhancing the prototypes. The atmosphere is collaborative, there are no secrets and serious competition, on the contrary, we support each other in the race against our common enemy: time”.

Also negative events turn into something to celebrate, including the fine Andrea Gallo (see photo) received when he exceeded the speed limit of 70 miles per hour, obviously riding his aerodynamic bicycle PulsaR.