Poland has surprised everyone as regards the use of bicycles and cycling infrastructures: in the 2014 edition of the European cycling challenge the top five cities were exclusively Polish and Italian.

Rome thought to be the favourite even if it isn’t exactly a bike-friendly city, still, it ranked third after two Polish cities: the capital Warsaw and the small city of Łódź. Even more surprising is the result of the last edition: Rome ranked fourth, while in the podium there are the Polish cities of Gdańsk, Wrocław and, again, Warsaw. 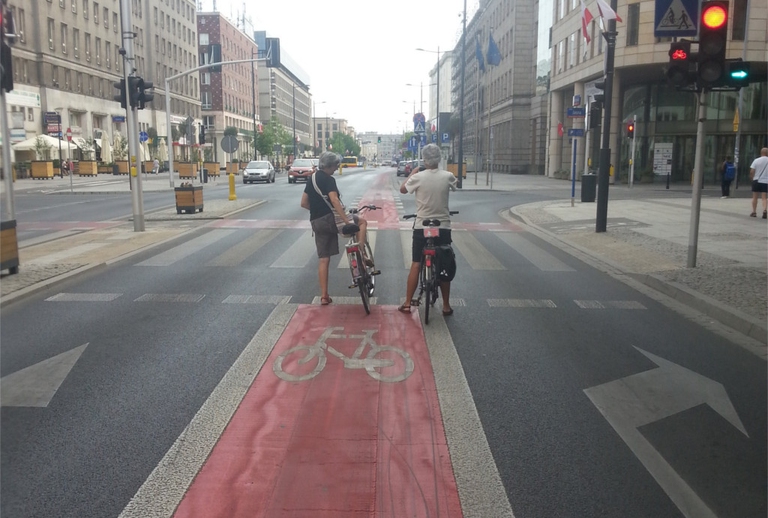 But why is Poland so committed to bicycles and cycling infrastructures? In this country the culture of bicycles is increasingly spreading. However, to keep up with Northern European nations, Poland has to better manage the situation.

According to the ReBike Altermobility association, Gdańsk is equipped with many cycling lanes and paths. There are one way signals except bikes (contrary to Rome) and bicycle stands. Łódź, instead, is a flat and square city with a long pedestrian street running in the city centre.

Poland, as written in the website eurovelo.com, is also an excellent destination for cyclotourism with its paved cycling lanes in the cities, cycling routes in the forest and along river banks. A network of cycling lanes has been rapidly built in Gdańsk, Gdynia, Sopot and Kraków. Moreover, from Warsaw it is possible to reache the Forest of Kampinoski by bike.