On Saturday 10 October, Salvaiciclisti, the movement that managed to gather thousands of cyclists on 28 April 2012 crowding with bikes via dei Fori Imperiali, Rome, decided to take the big step of becoming an association, a formally and legally recognised reality that dialogue with institutions but has its voice heard to the sound of bicycle bells. 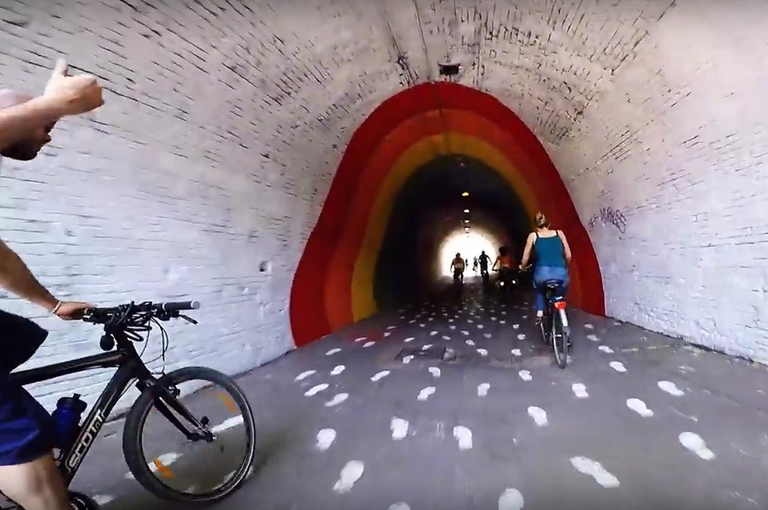 The decision was made after that the movement acknowledged that Roman institutions don’t recognise the importance of bicycles in big cities, where traffic increasingly thickens and the smog and number of accidents increase.

The straw that broke the camel’s back was Rome’s ex transport assessor’s U-turn about the construction of the GRAB and the bike lanes. Even the death of the designer of the Salvaiciclisti logo, commemorated on 10 October, pushed those who adhered to the project to take this big step, hoping that this choice will bring tangible results in the next years.

One of these results is obviously the building of the GRAB strongly supported by Rome’s Council before the clamorous about face. Equally clever was the Minister of transport’s decision to create a fund for teh realisation of cycling lanes throughout Italy, GRAB included.

In the meantime, the volunteer work done up to now resulted in the creation of GPS circuits. You can find them on the website velolove.it/grab. After downloading them you can use them in your smartphone or GPS navigator to pedal along the path in both directions. An app that guides tourists and gives them information on the sites of interest they can reach will be available soon.