Isis hasn’t destroyed all antiquities. But the most precious artifacts are in the hands of terrorists. Here’s why.

Isis militants are terrorists, but, actually, they are not ignorant. As far as it seems, the systematic destruction of Niniveh and Nimrud statues and the artifacts of Ashurnasirpal’s palace in Mosul, Iraq, for propaganda purposes, was a cover to the looting of priceless artifacts offered for sale on the black market for staggering sums.

That’s what Qais Hussein Rashid, head of Iraq’s State Board for Antiquities and Heritage, has reported this morning to the Associated Press. According to him, militants took sledge hammers to the iconic winged bulls of Assyria, smashed Assyrian statues and razed the whole 3000-year-old palace with bulldozers for distracting attention from their very scope: small and precious antiquities that would serve to support financially terrorist activities. Now, we are not talking about eliminating the remains of an infidel religion. “False Gods” are good when it comes to doing business. According to Rashid again, the Isis, started digging around these areas to plunder the artifacts, including statuettes and jewels, then, looking forward to sell them for millions of dollars, they concealed them and finally filmed the site destruction for propaganda purposes, as a cover up.

Nimrud was the site where in 1989 golden jewellery was found in a royal tomb, one of the greatest discoveries in Iraqi history. Satellite photos confirm that the activities of the looters supporting the Islamic Caliphate started a few days before the propaganda video was filmed. There are no accurate valuations of the potential income from looting, but experts speculate that it probably is in the millions of dollars.

It is not the first time that an Iraqi site is plundered: the National Museum and Southern Iraqi archaeological sites were looted in 2003 after Saddam’s fall. According to the CIA, statuettes and inscribed wooden boards were used to finance Al Qaeda operations. At the time lootings were sporadic, today, on the contrary, they are systematic and concern also Syrian sites. Antiquities sales are thought to be one of Isis’s main sources of funding, with the control of oil supply, extortion and kidnapping.

According to experts those goods are smuggled to dealers in Turkey, then they travel to Bulgaria and the Balkans and finally they arrive in Western Europe, where wealthy antique collectors buy them, careless of the fact that the artifact sales is illegal. 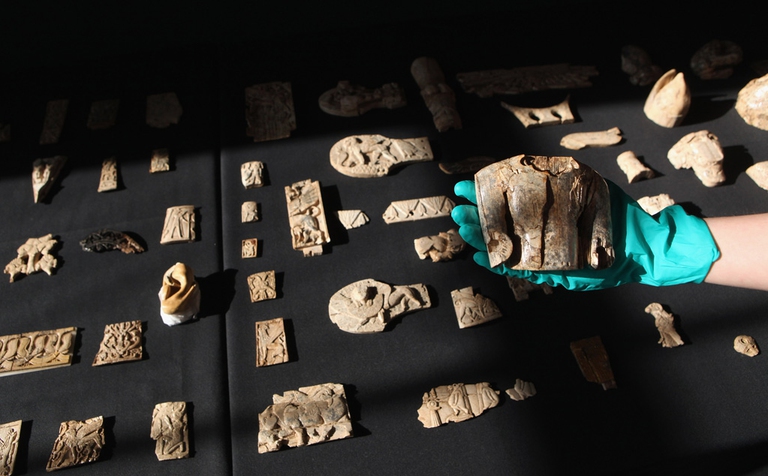 Iraq has sent a list of all the artifacts that might have been looted (and not distroyed) from the museum in Mosul to the International Council of Museums, the U.N. and Interpol. But it is harder to identify never seen before and unregistered antiquities.

In the meantime in Cairo, Egypt, a conference called “Cultural Property Under Threat” will be held to call upon the community to take adequate countermeasures.

Iraq, the mobile clinic that helps women who are fleeing from the Islamic State

A minibus driven by female doctors who are fleeing from the Islamic State becomes a mobile clinic for all women living in camps located in the country’s remotest areas.

Iraq, Mosul Dam is at risk of catastrophic collapse

Ferruccio de Bortoli. The war of the skies is never the solution

From Afghanistan to Europe via Turkey (and Kurdistan). Prominent Italian journalist Ferruccio de Bortoli makes sense of the geopolitical chessboard racked by decades of conflict.