Iraq, Mosul Dam is at risk of catastrophic collapse

The Mosul Dam, Iraq’s largest, is at risk of collapsing. If it bursts, it could unleash a wall of water tens of feet tall that could kill over a million people living along the Tigris.

This is the warning issued by Iraq’s government and the US Embassy in Baghdad, which have already alerted the population. According to the US army, the dam could collapse due to the lack of maintenance and spring is considered to be the time of the year most at risk due to Tigris level rise linked to more frequent rainfalls and melting snow.

The embassy and the government urged prompt evacuation of the area involved, and Iraq’s Prime Minister Haider al-Abadi asked Mosul inhabitants to move at least 7km from the banks of Tigris. However, the government is not able to directly manage the evacuation as some areas at risk are currently under the control of the Islamic State (IS).

Baghdad pointed out that precautions are being taken and added that breach risk remains low. However, a specialised firm – the Italian Trevi Group – undertook a contract to address the structural integrity of the dam.

“We have to make Mosul Dam safe in order to grant a water supply for the country, as well as increase the energy power in view of the liberation of Mosul from the Islamic State. The government has started the dam renovation”. 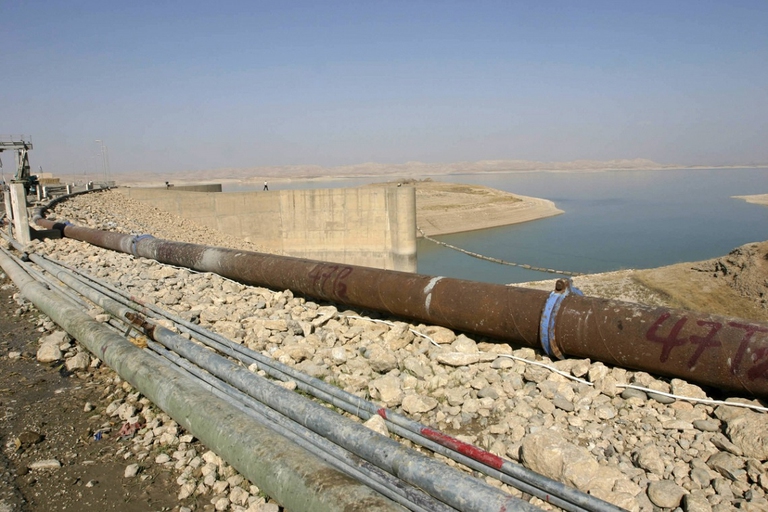 The dam has suffered from structural flaws since its completion in 1980. Saddam Hussein’s regime pushed for its realisation despite experts didn’t agree. A report carried out by a group of Iraqi and Swedish geologists and engineers last year defined the Mosul Dam as the “most dangerous dam in the world”.