Hydrogen is more innovative than hybrid technology, is as innovative as internal combustion engines and is the most ecological way of driving.

Hydrogen vehicles are ready for the European and North American market. The Geneva International Motor Show was the first motor show to present vehicles produced with the most innovative forms of energy, starting from hydrogen and going, without any compromise, beyond the limits of hybrid technology. During the show a variety of fuel cell cars with unprecedented performances in the world of sustainable mobility were exhibited. The improvement of air quality, climate change control and reduction of energy consumption are the essence of a new mobility concept that not all countries are ready to accept.

Hydrogen is the most common element on earth, but it is not simple to find it in its pure form. Hydrogen is one of the two elements of water, it makes up most of our Planet’s organic elements and, once extracted, is a fuel of great potentiality. The combustion of gas produces only waste water or waste water vapour maintaining its energy per mass unit from 2.4 to 6 times higher than other fuels’. This is the reason why hydrogen, combined with hybrid technology, ensures maximum environmental compatibility without any compromise on performance. Hydrogen vehicles can get 500 kilometers from a full tank – a higher proportion with respect to hybrid cars – and have a similar performance to those cars with an internal combustion engine: they can reach a top speed of 178 kilometres per hour and accelerate from 0 to 100 km/h in 9.6 seconds.

There are few models at the moment, but the future is upon us. The lack of refuelling facilities and the cars’ high costs due to their platinum components, a very valuable but essential metal for the production of hydrogen energy, have prevented car makers from commercialising these vehicles despite great demand. To lower costs and provide more choices, research is working to reduce or replace platinum, lighten cars and reduce its dimensions. The real problem is the lack of hydrogen filling stations that in part will be solved  by the investments of local authorities and businesses. 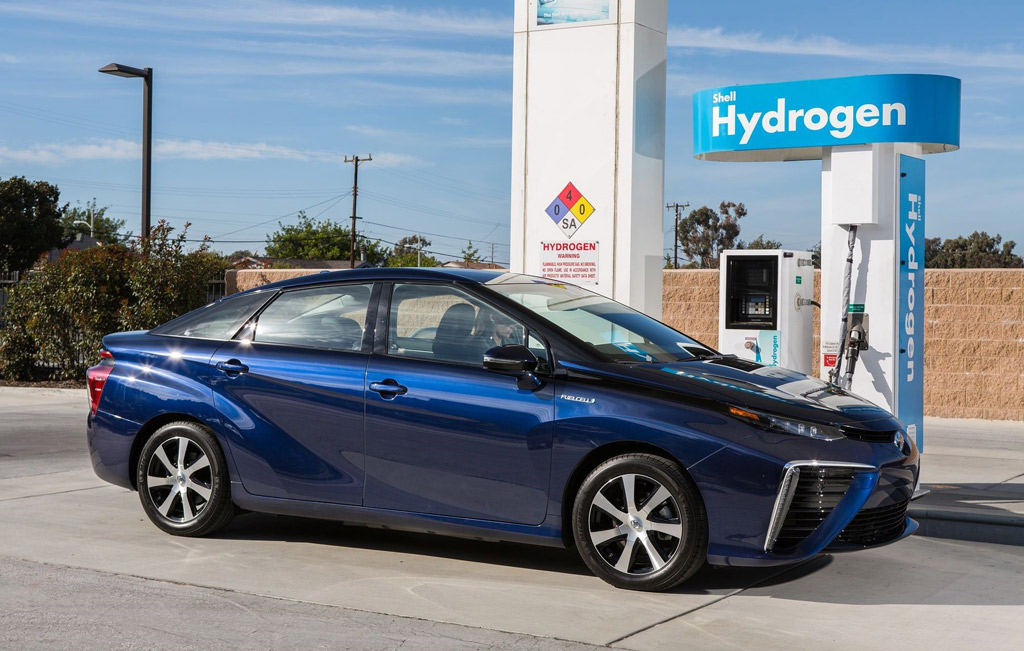 Japanese cars are still the most reliable, but European researchers are getting serious. Japan is the country that invests more than any other country in the hydrogen technology, accelerating the widespread adoption of cutting-edge vehicles. The estimated number of hydrogen vehicles and building costs of gas stations have enabled Europe to open only 27 filling stations, with the promise that this number will increase by 2015. Looking forward to an agreement among energy producers and manufacturers that will ensure the distribution network development, the launch of hydrogen cars in Europe has been postponed to September 2015.

Many European cities do their part by planning to open over 70 filling stations. Bolzano, Copenhagen, Innsbruck, London, Monaco of Bavaria and Stuttgart were chosen to test the efficiency of the new infrastructure network for hydrogen supply and are expected to increase their number of refuelling stations by 2020. In the Italian city, there was built H2-sudtirol, a plant for the production of hydrogen from renewable sources that encouraged the construction planning in Trentino Alto Adige of 24 filling stations by the same year.

In the waiting list for Japanese hydrogen. The crowd of people enthusiastic about hydrogen cars that was present at the Geneva National Motor Show welcomed the Mirai model, Toyota’s Fuel Cell Vehicle (FCV). Toyota’s first mass-produced saloon powered by fuel cells was presented before its debut, in September 2015, in California car showrooms (USA), Germany, Denmark and the UK. Toyota Mirai looks like the car of the future, by name and by nature (Mirai is the Japanese word for future), and is considered an increasingly convincing alternative for the motorshow audience, that has already booked over 2,000 of these cars. An unexpected result, that of Mirai, which isn’t sold in the US and Europe yet.