Mimicry is a defence technique widely spread in nature. Chameleons elevated this technique to art, being able to change their colour giving life to one of the most surprising special effects offered by Mother Nature. 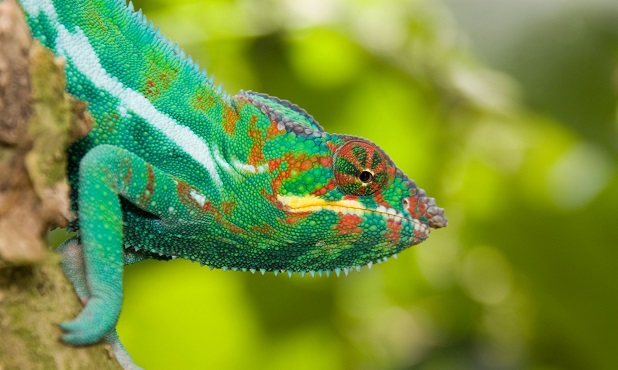 This ability was thought to be possible thanks to specific pigmented cells called chromatophores, like in cuttlefishes and squids, but chameleons hide a different secret. This has been revealed by a study carried out by a team of Swiss scientists led by Michel Milinkovitch, genetics and evolution professor at the University of Geneva, and published by the magazine Nature Communications.

The chameleon’s impressive colour changes are down to a layer of nano cells in the skin that reflect specific wavelengths of light, according to scientists. Nano crystals are present in a superficial layer of skin cells, called iridophores. The secret lies in actively changing the spacing between these tiny cellular crystals.

Scientists studied the skin of the lizards using spectroscopy, analysing the panther chameleon (Furcifer pardalis), native to Madagascar, which has one of the most impressive colour displays in the chameleon kingdom.

When males encounter a male competitor or a potentially receptive female, it shifts the background colour of its skin from green to yellow, its blue patterning turns white and red becomes brighter. “This happens within minutes of it seeing another male,” said Milinkovitch. 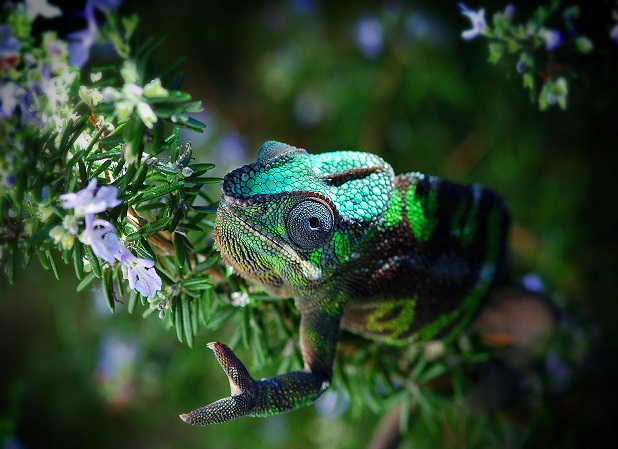 Iridophores, besides being used to camouflage, attract females, and intimidate other males, help chameleons reflecting heat and maintaining a constant blood heat.

The chameleon is thus considered one of the most fascinating animals with camouflage habits within the animal kingdom.