The picture taken by Evan Switzer portrays a male eastern grey kangaroo (Macropus giganteus) sweetly holding the head of his dying companion, in front of her joey. 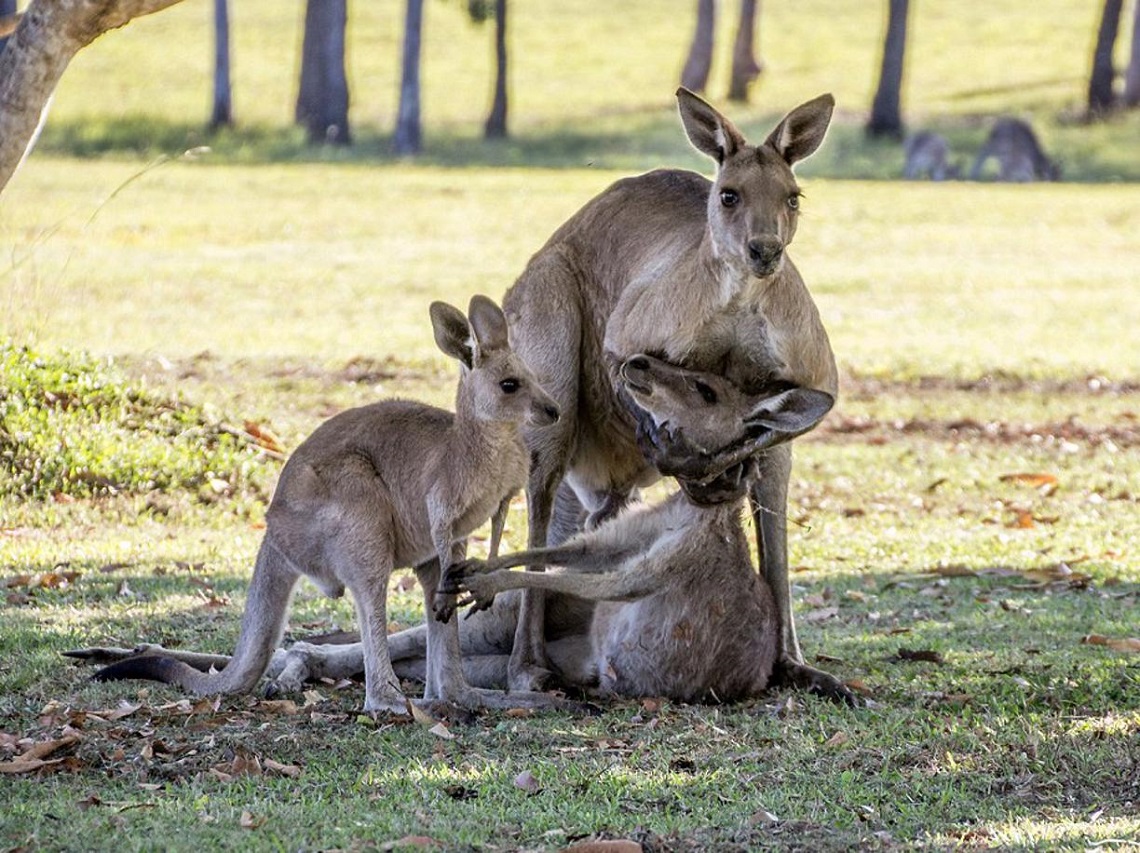 The photo, at first blush, is heart wrenching and makes us identify ourselves with the grieving animal. “I saw the male pick up the female, he looked like he was just trying to get her up and see what was wrong with her. He was just mourning the loss of his mate,” said the photographer.

However, the spontaneous anthropomorphisation of the kangaroo could be the wrong way of conceiving the image. Instead, the male could be responsible of the death of his companion, injured to death while trying to mate, according to Derek Spielman, Veterinary Medicine Professor at the University of Sydney.

“Competition between males to mate with females can be fierce and can end in serious fighting,” he said. “It can also cause severe harassment and even physical abuse of the target female, particularly when she is unresponsive or tries to get away from amorous male”. Spielman added that the reporting of the viral photographs had been “naive anthropomorphism”.

This idea is backed by Mark Eldrige, scientist of the Australian Museum, who said that “the male, which appears to be lovingly cradling the head of the female as she dies, is actually in a state of sexual arousal. I think the kangaroo’s behaviour is fundamentally misinterpreted”.

In general, precisely defining the emotions felt by the kangaroo whilst he hugged his mate is hard work, since we still ignore many things about animals’ social life and sensitivity. After all, many people are still not way too far from Descartes’ idea that animals don’t feel pain, and despite they’re living organic creatures, they are automata, like mechanical robots.

Yes, animal species have different ways of reacting to events, but humans are not the only living beings to mourn losses though. Jane Goodall declared she saw a young chimpanzee dying of a broken heart after her mother died. Similarly, others saw elephants “crying” their losses through particular rites. 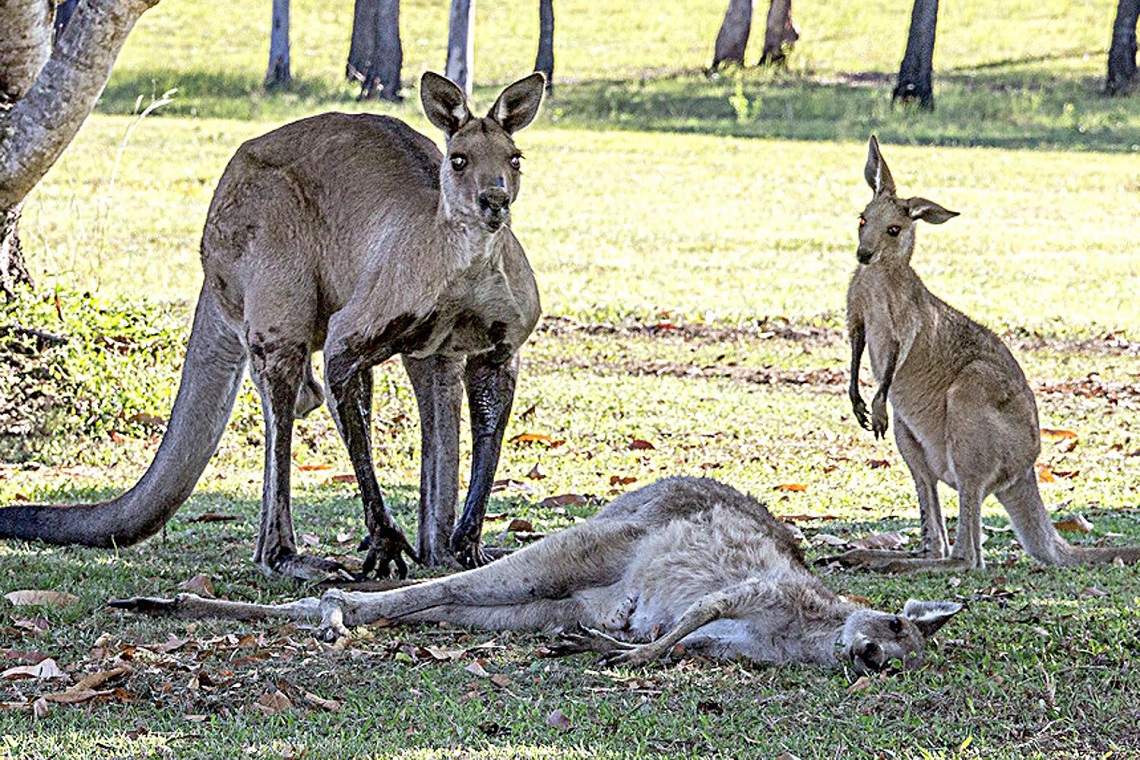 We may not be able to understand the kangaroo’s feeling in the picture, so we’d better try to respect him without antropomorphising him.