Honeybees invade the walls of London thanks to artist Louis Masai

What is the most effective way to tell people honeybees are in danger? The artist Louis Masai painted them on the walls in London and other cities. This way, people may start asking themselves why.

The street artist Louis Michel decided to help those dedicated to raise people’s awareness on problems and risks bees and pollinators have to face, with the project Save the Bees.

The artist came up with the idea after a journey in South Africa, where he realised wall paintings of species threatened with extinction. He then began documenting himself on the colony collapse disorder, on neonicotinoids, and the habitat loss affecting pollinators in Europe and the United States. 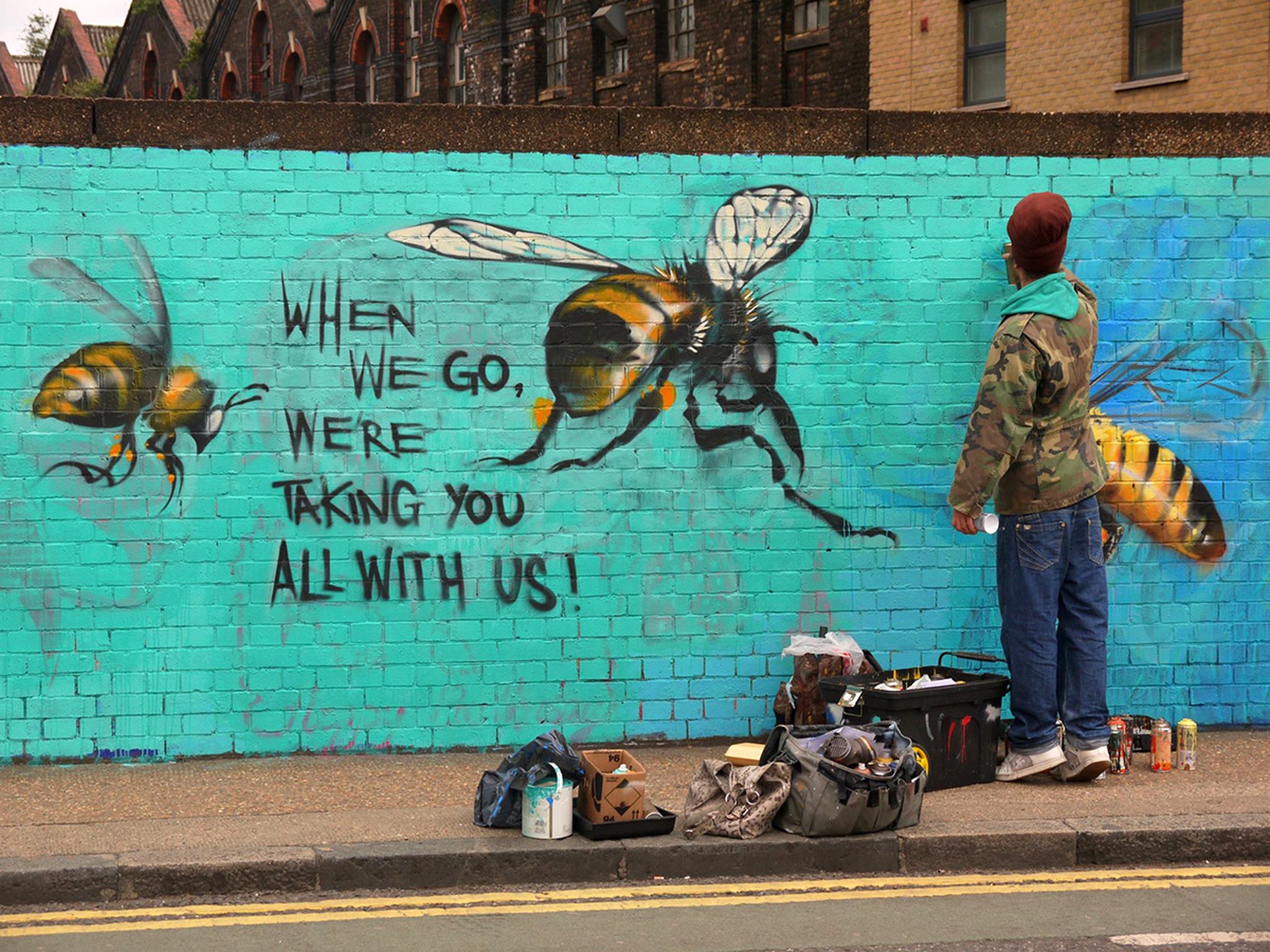 About a year ago, he decided to start from London to raise the awareness on bee deaths, doing it his way. In collaboration with the artist Jim Vision, he realised huge honeybees on the walls of Brick Lane, one of the most famous and dynamic area of London. The project then spread, “pollinating” cities all over the world: Bristol, Devon, New York, Miami, and New Orleans. Here are some of the extraordinary paintings.