In France the total amount of radioactive waste is 1.47 million cubic metres. Data was released on 1st July by the French National Agency for Radioactive Waste Management (ANDRA), which in its triennial report revealed that – supposing that the lifespan of a nuclear reactor is approximately 50 years – this number will triple by 2080, reaching 4.3 million cubic metres.

The estimates of the French agency date back to 31th December 2013. At the same period in 2010, radioactive waste accounted for only 1.32 million cubic metres: “This means – explained Michèle Tallec, Inventory and Planning Manager at ANDRA – that France produces two kilogrammes of radioactive waste per person every year”. 60 percent of this is generated by the electronic and nuclear industry; 27 percent by research and the remaining percentage by medical industry and other industries.

“In the future, the majority of waste – added Tallec – will come from the dismantlement of nuclear installations”. These include also the reactor under construction at Flamaville that will probably be operational from 2017 to 2077. This is a problem for France: the above mentioned report reads also that between 2020 and 2025 the Morvilliers repository, one of the largest in the country located in the Champagne-Ardenne region, will be completely full.  “It should also be said that the ANDRA report doesn’t take into account all waste, since, according to French regulations, the materials derived from uranium extraction are not considered radioactive waste”, explains Charlotte Mijeon of the association Sortir du nucléaire to LifeGate. 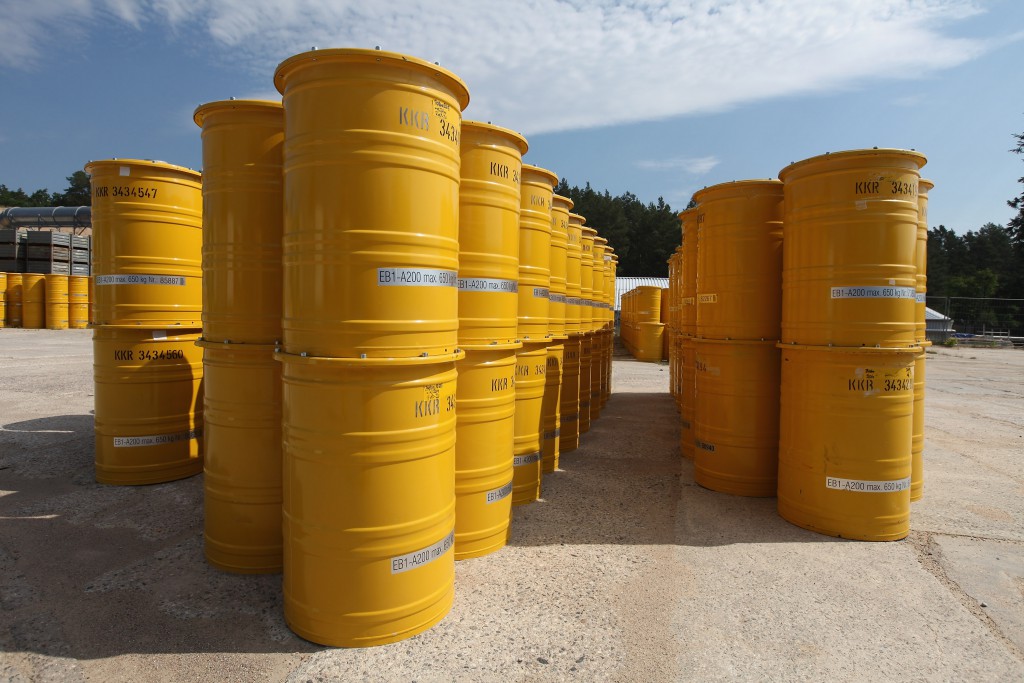 As for politics, according to French president François Hollande the nuclear issue is increasingly becoming a problem. Transalpine environmentalists, indeed, blame his U-turn with respect to his election promises, when the socialist leader stated on several occasions that he wanted to reduce by 50 percent France nuclear dependence by 2025. “The only wise choice – says Mijeon – would be giving up nuclear power. It is absurd that men choose an energy source they can’t manage”.