Mohammad Fahim Ahamed Riyad is the photographer of the year, according to the Chartered Institution of Water and Environmental Management (CIWEM) jury, thanks to his picture In search of life. The image, chosen among 10,000 entries, shows a fireman in the attempt of finding survivors after the fire that hit a slum in Dhaka, Bangladesh. 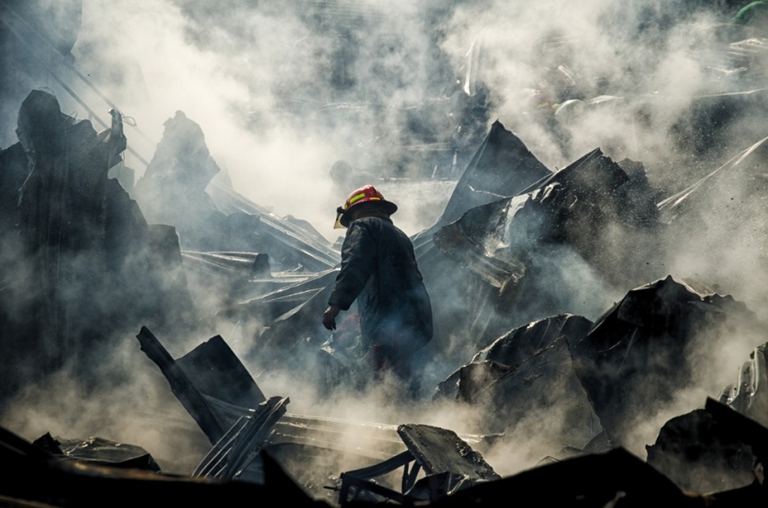 Sponsored by Atkins, the Environmental Photographer of the Year is an award established in 2007 in order to help photographers from all over the world to give visibility to reports focused on environmental and social issues.

Life in the circle by Faisal Azim has been awarded the City Scape prize. In the picture, there are homeless people and vagabonds forced to live in makeshift shelters in Bangladesh. 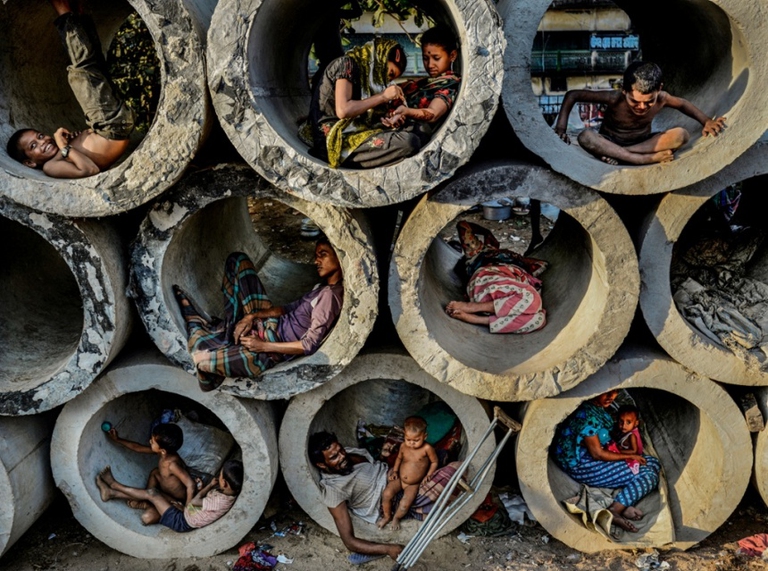 Wrapping the surviving tree by Luke Duggleby has been awarded the Forestry Commission England prize. The picture shows Tibetan monks in Bangkok, Thailand, during the benediction of one of the last trees left after the destruction of a forest in Cambodia to make room for banana plantations. 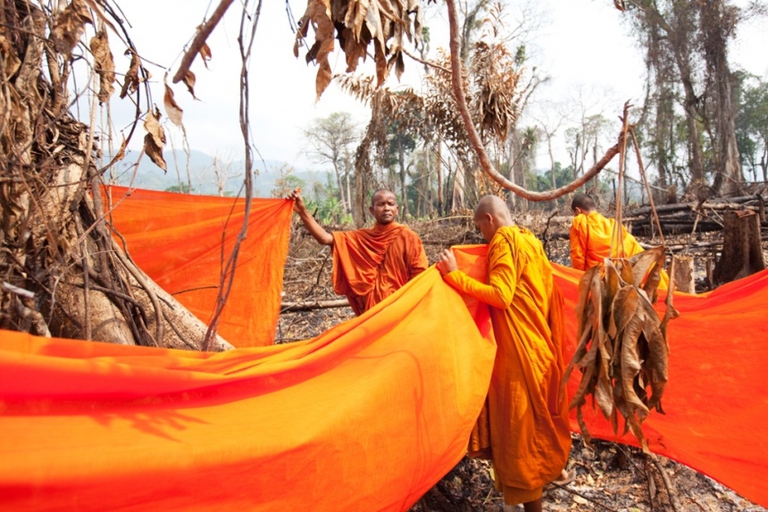 Man in the face of nature I by Bogumil Kruzel has been awarded the Ciwem prize. The picture shows the interior of the salt mine of Wieliczka, Poland, home to subterranean towers higher than 100 metres. 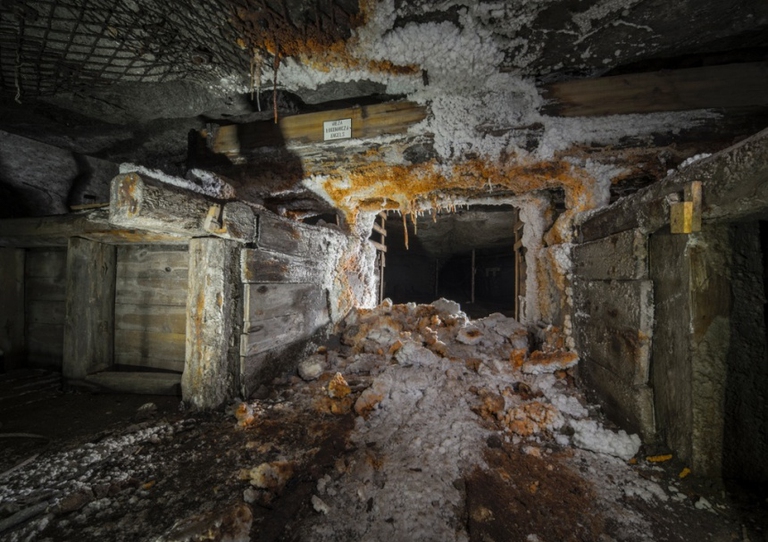 All the pictures are exhibited at the Royal Geographical Society of London until 4 July.