Cycle superhighway in the middle of a motorway

The opportunity of building cycle superhighways, as the one planned for London, has been recently discussed and they will likely be a future trend. However, in South Korea, a cycle superhighway has been built in the middle of a motorway 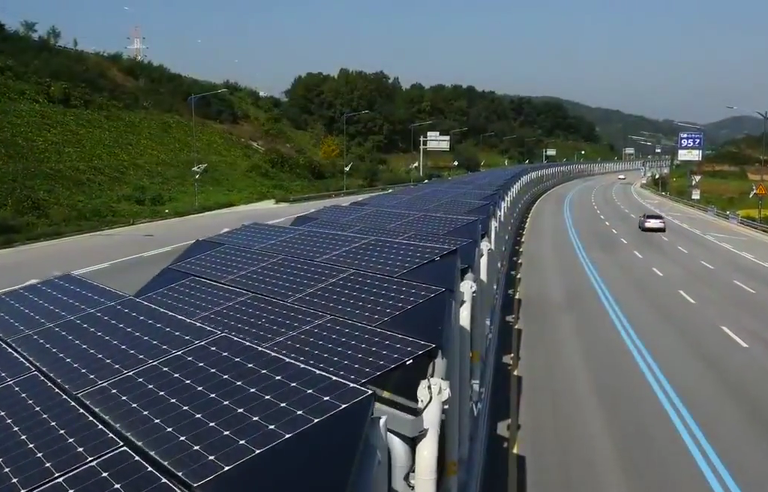 The city took its name from King Sejong the Great, the father of the Korean alphabet. It aims to become a model for sustainability in Asia (as it is explained in Sejong, Asia’s Green metropolis of the future report) and the cycle superhighway in the middle of a motorway can be rightfully included among the several steps leading to the fulfilment of this goal. It is covered with several photovoltaic panels helping produce sustainable energy. The solar panels’ roof gives shelter to cyclists in case of rain too.

The cycle superhighway belongs to a larger projects aiming to build 350 km of cycle routes around Sejong.

In any case, the area obtained in the motorways allowed keeping three lanes for cars and one lane for other means of transport, such as coaches, for each direction of travel. In case of positive results, this project might be realised elsewhere. Actually, someone has already suggested to build in the United States too cycle superhighways similar to the one realised in South Korea