California without water: in pictures

California is thirsty, it’s run out of water. An aerial photo feature shows how green pastures have made way to brown earth.

On the 1st of April , California’s Governor Jerry Brown promulgated a series of laws aimed to face the significant drought and water shortage that are bringing California and part of the western United States to their knees. 25% of water for urban use is no longer available. Campus, houses, greens, and other sites used by the richest Americans for their spare time are out of water. Brown’s measures affected also entire families living in the suburbs. 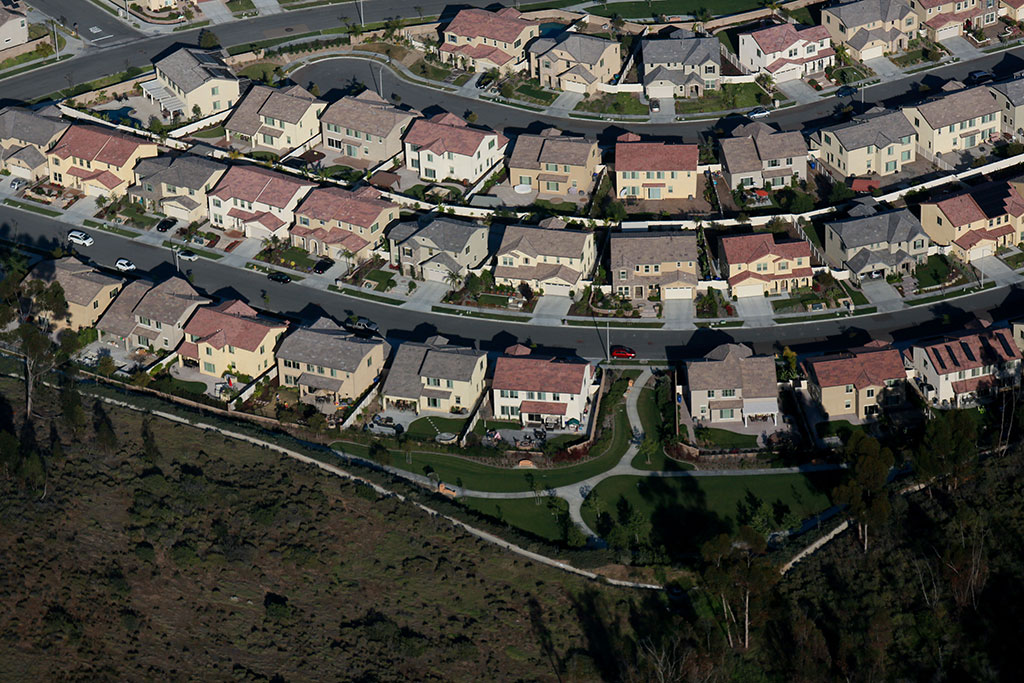 This photo gallery, realised by Sandy Huffaker for Getty Images, shows through an aerial perspective how the greenery surrounding residential areas is dry. Green areas have been replaced by brown, arid lands. Among the activities provided by the measures enacted by Brown, there’s also the plantation of over 200,000 square kilometres of plants that seem to be resistant even to the worst drought.