10 things you need to know about the new Toyota Prius

Who loved it will love it even more. Who found its style “weird” will find it even “weirder”. Finally, who thought of the Prius as a car that privileges the environment over driving pleasure, well, for these potential buyers there’s a margin for thinking things over.

The recipe behind the fourth generation of the Toyota Prius, the most widely sold hybrid car in the world, hasn’t changed: it’s the ingredients that are more refined. It isn’t simply more efficient and less polluting, a must for a car that has always flown the banner of respect for the environment. It trims down those little faults that even the most convinced owners contested: a small boot (due to the batteries), interiors of modest quality, almost no pleasure in driving it. But let’s take a look at how the Prius has changed. It’s still a family car, even a pet friendly one thanks to the comfortable car boot door. There’s space for four adults and, finally, thanks to the batteries’ new position, there’s enough space in the boot (500 litres) for going on holiday without leaving anything behind. The external dimensions (4.54 m, + 60 mm) don’t impinge on public space, and in fact, new parking assist systems and more visibility facilitate manoeuvring the vehicle. The design remains the contentious element: lower and more rigid thanks to the new platform, the latest Prius’s style is even more singular, futuristic, especially the back of the car: creating “something not seen before” was the idea guiding the team that designed it. Take it or leave it because there are no in-betweens. 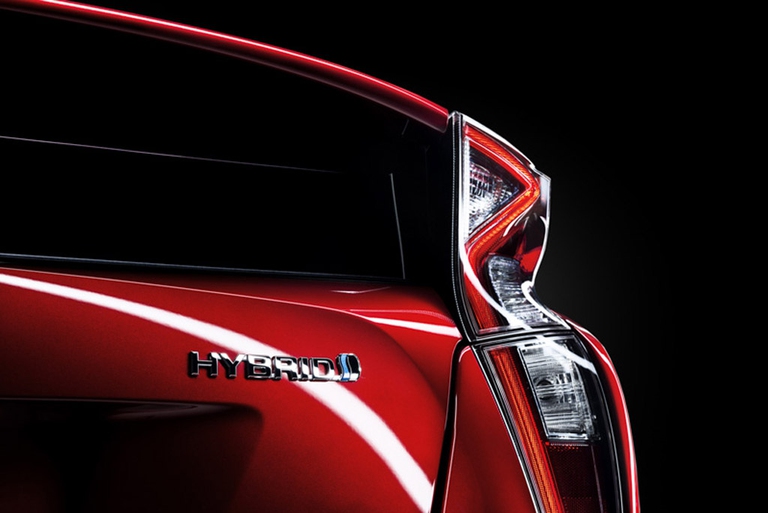 The 1.8 litres, 98 horsepower petrol engine remains, but it’s more efficient. There’s also the electric engine, lighter and more compact, whose power is equivalent to 53 kW. Though the nickel metal hydride batteries have the same power, they occupy 10 per cent less space in relation to an energy absorption capacity improved by 28 per cent in the same amount of time. Finally, thanks to a new software control system, the possibility of travelling solely thanks to electric traction has increased by 60 per cent – much better for the environment. Ultimately, the famous Full Hybrid system has taken a big leap forward. 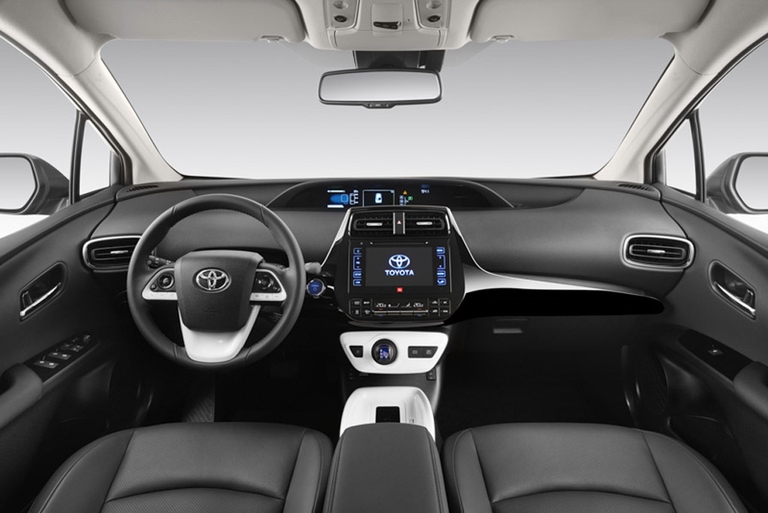 The price of the new Toyota Prius starts from 29,250 euros, in two versions (Active and Syle). There are also additional packages that allow for improving features. The Prius Plug-in will be available in Europe by the end of 2016. Consumption and management costs aren’t very significant (reason why it’s highly appreciated by those who cover a lot of ground, like taxi drivers). The warranty for the hybrid components is for 5 years or 100,000 km. 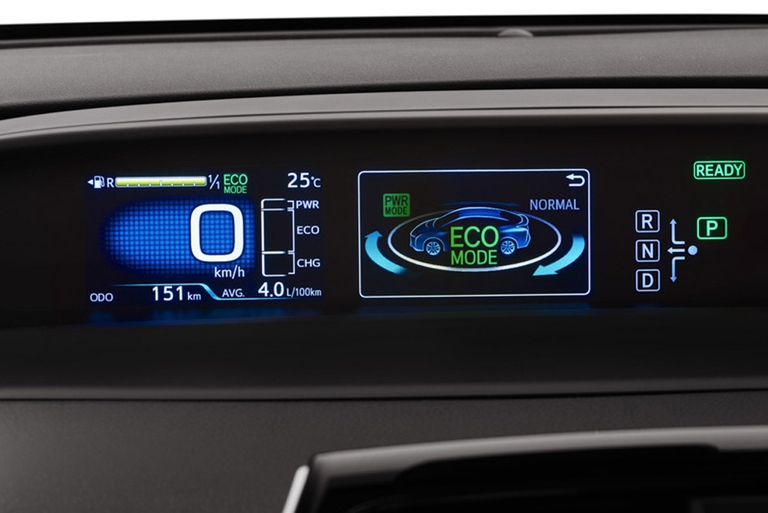 The new Prius has further reduced consumption and emissions, making it one of the most virtuous cars on the market. In addition, a function that is activated when the car is being driven recovers energy when braking by using the electric motor as if it were a generator, converting the kinetic energy of the wheels every time the car slows down into electricity, to then store it in the hybrid system’s battery. Components’ recyclability is close to 95 per cent.

Forever active on sustainability themes, with the Enviromental Challenge 2050 Toyota recently announced a series of important goals: a significant reduction in carbon emissions, increasing the number of hydrogen vehicles such as the Mirai, achieving zero carbon dioxide emissions from productive plants by 2050, increasing the use of renewable energies such as wind and hydroelectric power in productive processes, and reducing industrial water usage thanks to the use of rainwater and recycling of wastewater.

In this respect the new Prius has definitely improved. Not only because driving it is more pleasant and more comfortable when hitting holes (the new suspensions were fine-tuned in Milan, known for its varied pavement surfaces), but because the presence of active safety systems is richer: from the Pre-Collision System, which thanks to cameras and sensors “sees” vehicles and pedestrians, automatically activating the brakes in order to avoid a possible collision, to Adaptive Cruise Control, which maintains cruise control speed, braking and acceleration automatically in order to follow the flow of traffic. Lane Departure Alert notifies the driver if lanes are involuntarily crossed (think of falling asleep suddenly…) whilst Road Sign Assist “reads” speed limits and overtaking bans, letting the driver know about them. Finally, Rear Cross Traffic Alert uses a radar to alert the driver if vehicles or people come near. New gadgets such as (wireless) inductive phone charging and parking assistance also make their debut. Much better than before. The lower and more natural driving position is the first thing one notices. More comfortable seats. Finally, the steering wheel’s inclination and depth are adjustable, position and gear shift have also improved. And the new 7-inch touchscreen, which combines audio and navigator functions, is effective and easy to use. A second display is dedicated to information such as speed, residual power, consumption and the operating mode selected. Steering and suspensions offer a more realistic contact with the road. And finally the gears, loved for their comfortableness but hated for their inability to give pleasure, now better take advantage of power when in electric mode and increase revs more progressively, at least if the accelerator isn’t pressed flat out. There are still three operating modes (Normal, Power and Eco) with the option of choosing to use only electric traction via the EV function, even only for very short stretches. The new Prius is more pleasant to drive, responsive to commands and gratifying in its accelerations (0 to 100 km/h in 10.6 seconds). It also performs well in terms of noise comfort, better than in the past. Ultimately, who chooses a Prius won’t do so in search of emotion-filled driving, but the effort in that direction is noticeable. The difference lies in the detail

The new Colour Head-up Display makes its debut in the Prius. It is the evolution of the system that projects information such as speed, battery charge and status of the hybrid system on the windscreen in front of the driver’s gaze. All without taking one’s eyes off the road. The video below explains how it works.

Is the Prius is the most widely sold hybrid in the world, the Nissan Leaf is the electric equivalent. A similar budget (24,000 euros), slightly smaller and with a maximum driving range of 250 km.

Read more on these topics: Toyota

Electric, hydrogen, autonomous and connected cars. The new vehicles exhibited in Detroit are wonderful and sustainable. Here are the most beautiful ones.

Bangkok: here starts the first pilot project to optimise mobility in the future

More and more people travel globally. But, how to avoid chaos? Toyota mobility foundation answers this question by launching its first pilot project aimed to optimise traffic and make your trips safer, efficient and pleasant.

Itinerary. 5 literary destinations from which to draw inspiration

In the Old Continent many places inspired books, novels and sagas. Here are a few literary destinations that stimulated the fantasy and creativity of your favourite writers.

5 environmental challenges to be faced with sustainable behaviours

Here are the top 5 most important environmental challenges for sustainability that only those who adopt sustainable behaviours can face.

5 accessories for your car that come straight out of the future, inspired by films and TV series.

The city of the future’s five senses. How and why the places we inhabit will change appearance.