A plastic road down which car can travel and where people can walk and ride a bike. This is not something imaginary, but something that in the future could become a reality. PlasticRoad is actually a project of the Dutch company Volkerwessels that aims to build streets using plastic instead of asphalt. Which are the benefits? More than one, but first of all environmental sustainability. 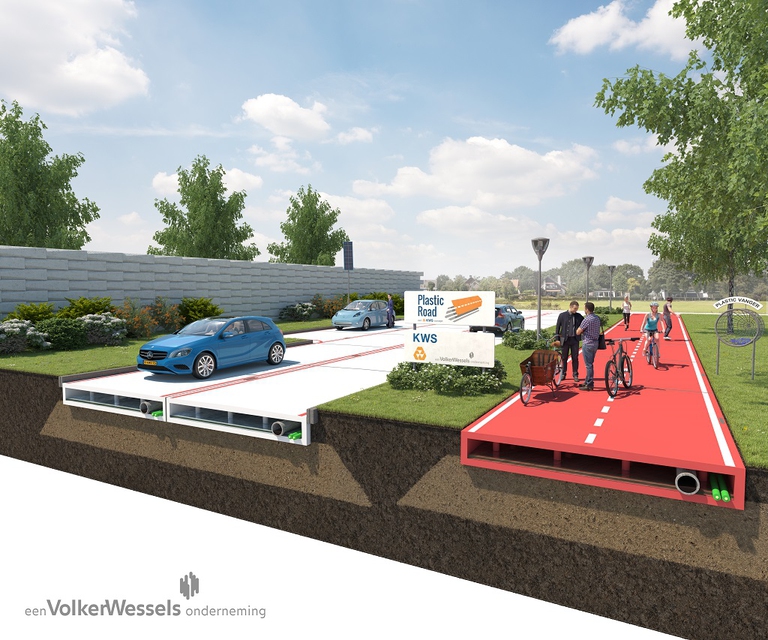 According to the concept of those who projected it, Anne Koudstaal and Simon Jorritsma, the road would be made of light prefabricated components produced with 100 percent recycled plastic: this would shorten construction time and promote the reuse of plastic waste that are a big problem for the environment (eight billion kilos of plastic are floating in the oceans and 55 percent of plastic waste are incinerated). But that’s not all, if you consider that the asphalt every year contributes to release into the air 1.6 million tonnes of CO2, the environmental impact would be substantially reduced. A plastic road, in addition, would last 50 years (three times more than a paved street) and would require few maintenance works: the scope is that of building it in a way that it will be almost indestructible, impervious and fire-resistant, and that it will bear temperatures from -40 to +80 degrees. The plastic road surface would be placed on the sand while cables and tubes would lie in the gap between soil and pavement. 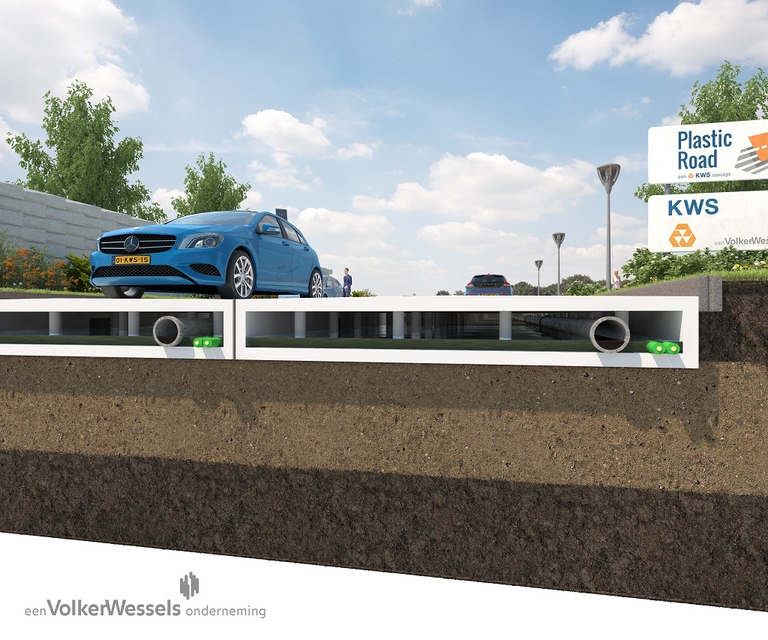 There are many ideas around the project: from the possibility to reduce the sound and use the vibrations to produce energy to the fact that once dismantled the road could be recycled. It will also be possible to prefabricate road signs and install other innovative systems including street heating, traffic sensors or photo fluorescent lighting instead of traditional lampposts. Kws Infra, the division of VolkerWessels that deals with this project, is looking for partners that want to collaborate in the realisation of the project: from manufacturers of plastic materials to research institutes, from municipalities to passionate institutions. To start the building of a prototype of PlasticRoad, the city of Rotterdam made available an area. A sustainable road where bicycles, electric and hybrid cars travel looks like a perfect world, yet one which is increasingly possible. 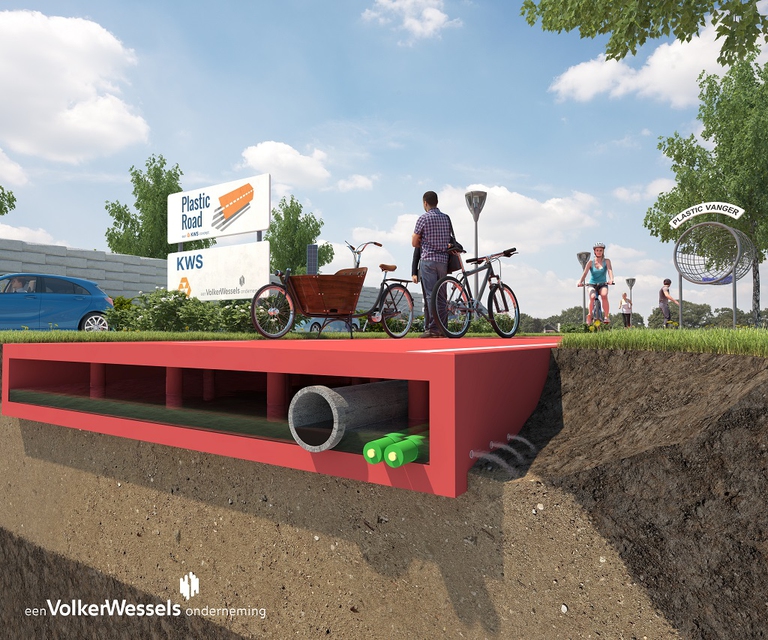