There are today 2419 Tesla Superchargers around the world, in over 439 charging stations. The last and biggest charging station in Europe was opened a few days ago in Aosta, more precisely at the Autoporto di Pollein, in a small village in the Aosta Valley. 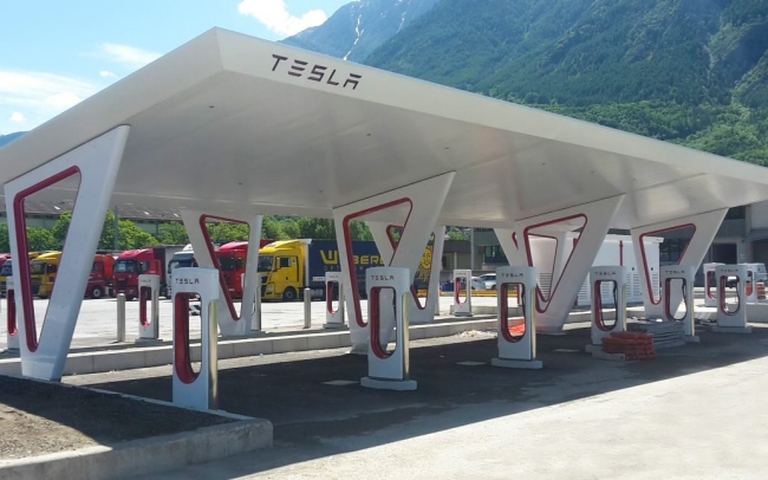 The charging station is located at a key point, at one end of Mount Blanc tunnel and is thus useful for cars coming from and heading to France.

Supercharger stations can charge car batteries in just 30 minutes and provide the car with enough energy to reach the next charging station, as Superchargers deliver up to 120 kW of direct current power directly to car batteries. 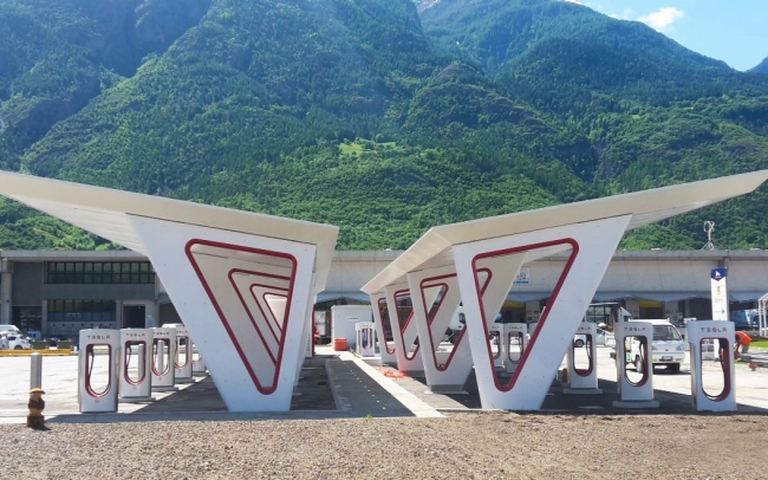 The peculiar charging speed is due to the fact that Tesla batteries are designed to be charged up to 80% at the highest power. When they reach that percentage, power is “filtered” and gradually reduced, in order to balance cells’ voltage. This is why Tesla recommends “charging to 80%, which is typically enough to reach a neighboring Supercharger station”.

By the summer, Tesla Motors will put Powerhall domestic batteries on the market. It will be used for charging cars, as well as having a constant power supply.