Retrofitting is a technical term which means modifying the technology of an object to improve its performances.  Segun Oyeyiola, a Nigerian student of Engineering, just retrofitted an old Volkswagen Beetle and turned it into a solar and wind-powered car. 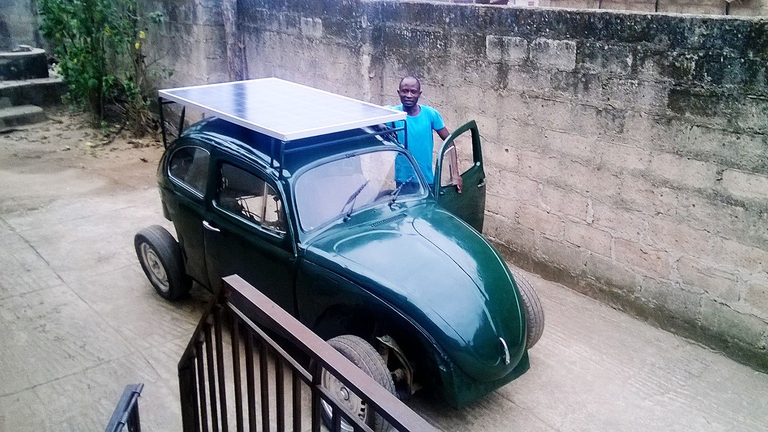 Within a year the final year student managed to convert the Beetle into a zero emissions off-road car using scrap materials offered by his friends or relatives, spending slightly less than 5,000 euros. He installed a photovoltaic panel on the car’s roof and a fan in the engine compartment to recharge the battery while driving. So the car can also works with no sunlight. 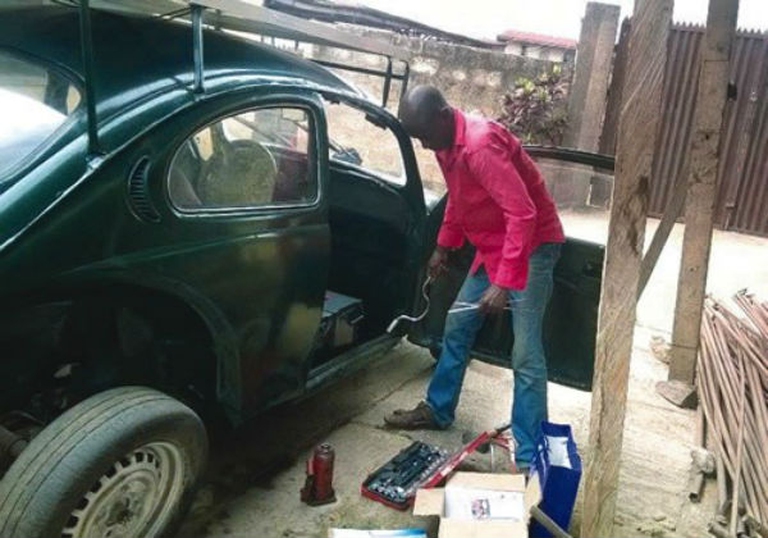 Oyeyiola stated that batteries take 5 to 6 hours to charge, but he is trying to improve both batteries’ efficiency and charging speed. The African student equipped the Beetle on-board computer with several apps communicating through the GPS system and monitoring the conditions of the car’s technological equipment. 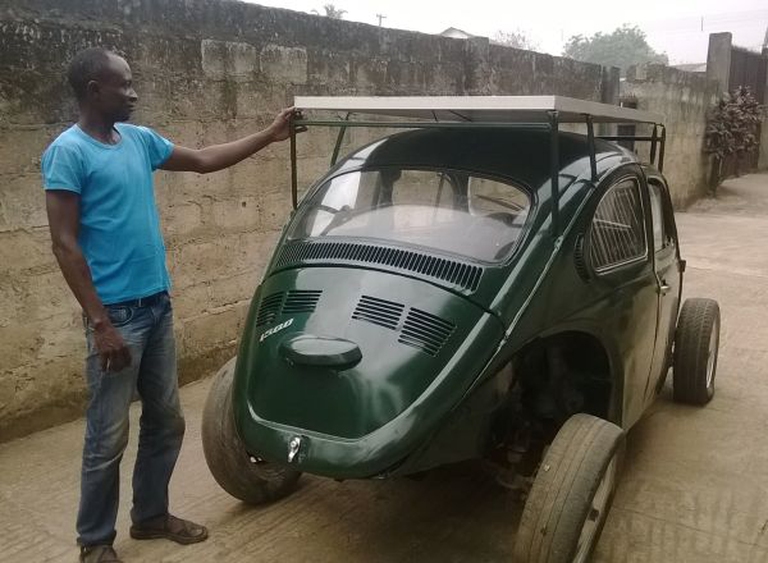 “I wanted to reduce carbon dioxide emissions going to our atmosphere that lead to climate change or global warming. Therefore, I came up of building a car that will use both winds and solar energy for its movement. This was my personal project because of the problem I’m planning to solve,” stated the young Nigerian student to Co.Exist website. Segun Oyeyiola is next planning to design and built wind and solar-powered cars in Nigeria. Tesla Motors would better keep a close eye on it.