Now it’s possible to pass through the streets of the Spanish city by bike, thanks to new cycling lanes, signage, bike sharing and safer bike stops.

Seville dreams big about cycling mobility, in the wake of the actions undertaken by cities like Nantes or Lubiana; so, not exclusively Northern Europe can invest adequately in bicycles as the means of transport of the future.

Figures on bike infrastructures in Seville

Cycling lanes are delimited by metal studs with the symbol of a bicycle. There’s a sign in the lane pointing out when a cycling road narrows. There are cycling lanes where pedestrians have right of way and lights where bicycles have the priority, as well as safer stops against thefts. 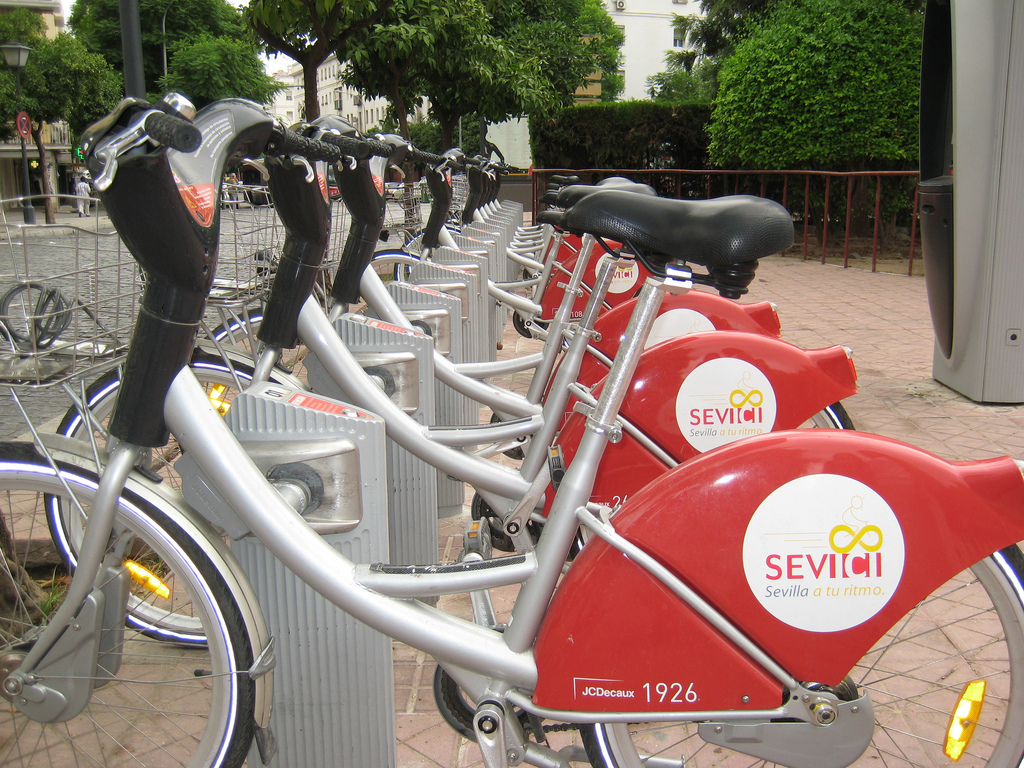 There are also the bike sharing platform SeVici, a bike bus service, pedestrian lanes and limited traffic zones. Even the University of Seville has a service of folding bicycle loan, with a fleet of more than 400 bicycles. Intermodality has been strengthen through Seville’s underground network.

The Andalusian investment plan on cycling moility from 2014 to 2020 disposes of 420 million euros to build further cycling lanes that connect the city centre with nearby municipalities.

The success of bikes in Seville

Thanks to these measures, Seville ranked fourth in the 2013 Copenhagenhize ranking, becoming southern Europe’s capital of bicycles and ranking tenth in the 2014 ranking. 2013 was also the year when the highest number of bicycles and cars were sold in Spain.

Seville’s project is successful since it’s convincing other Andalusian cities to adopt similar measures. A useful incentive for all southern Europe countries, including Italy.