After that the police of San Francisco enforced the law, cyclists “protested” by strictly abiding by the rules. But car drivers weren’t happy about it.

In San Francisco, the police decided to enforce the law by fining cyclists who broke the rules. This instigated cyclists’ protests so much so they wanted to show the city what would have happened if they had strictly abided by the rules. 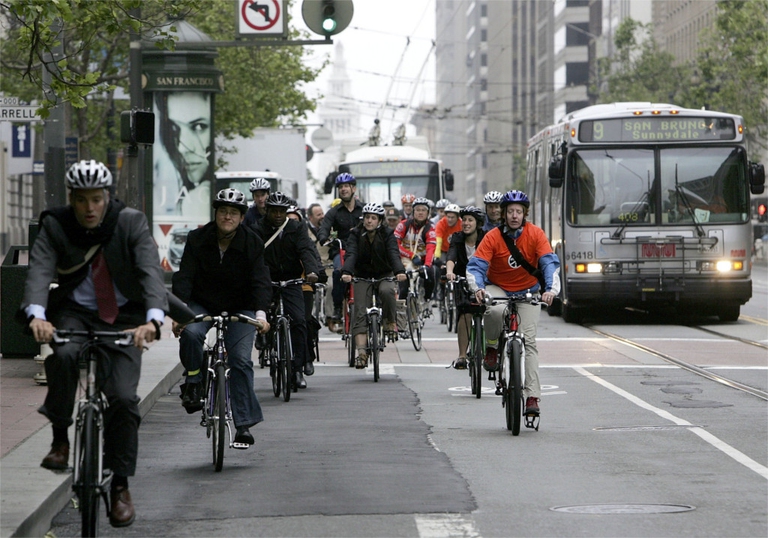 So, each of them stopped at the crossroads one behind the other, waiting for the road to be free. This made car drivers waste their time so that they began to complain and sound the horns to the cyclists who protested following the rules.

A way to demonstrate that what could seem lack of discipline, in another perspective becomes another way of proceeding. Moving forward slowly when approaching a crossroads and then waiting to go straight or turn is not as bad as the test revealed.

The argument was then fuelled by associations like San Francisco Bike Coalition, who called for law enforcement against those drivers that don’t follow the rules, thus causing incidents and injured.

The implied problem is considering bicycles as cars. Cyclists require that San Francisco take the example of bicycle-related Idaho code, where with red traffic-control signals car drivers must stop (see video), while stop signs impose cyclists to simply give way to vehicles.

Legalising a urban cyclists’ common practice (as happened in France) means also improving traffic congestions in the streets where there are a lot of bikes and empowering cyclists.