Rudi Putra: “What use is it to be rich if we can’t enjoy nature?”

On Earth Day and a year after receiving the Goldman Envrionmental Prize, Rudi Putra tells us how deforestation is destroying his country, Indonesia, in an exclusive interview.

The moratorium hasn’t had significant effects since it was introduced in 2011. The deforestation rate in Indonesia is still very high, reaching more than 800,000 hectares per year even after the moratorium set in. Forests are cleared legally and illegally all over Indonesia, especially in Sumatra and Kalimantan. This encroachment also takes place in safeguarded forests such as in National Parks, wildlife sanctuaries and other areas protected by law.

The causes. The expansion of palm oil plantations is one of the principal causes behind deforestation in Indonesia, the rate of which surpassed even that of Brazil, as of 2014. How is biodiversity affected?

Our rate of biodiversity loss is the highest in the world. Thousands of species are endangered by deforestation in Indonesia. We have already lost a lowland forest habitat that was home to elephants, tigers, rhinos and orangutans, due to the expansion of oil palm plantations, mining concessions and infrastructural development. These animals will become extinct in the near future if Indonesia doesn’t halt deforestation in lowland forests. In 2013, elephants were declared critically endangered because of the loss of their habitat over the last 10 years. Responsible palm oil. You recently said: “We are not against palm oil – we are only against it when palm oil plantations destroy the ‪‎forest”. How can one identify responsible palm oil, i.e. palm oil that doesn’t destroy forests and biodiversity?

Not all oil palm plantations are managed poorly. Some companies I know manage their estates well. They have to maintain plantations in the long term, without damaging forests, protecting those areas that are important to biodiversity and without interfering with water sources.

But many other plantations are destroying forests, killing animals and creating conflicts with surrounding communities. There are more “bad” companies than “good” ones. Some even cut down forests on a large scale and adopt principles of sustainability only after having done so. To us, this environmental commitment is meaningless because they have destroyed forests rich in biodiversity, and that have a fundamental ecological importance to humans. We hope the international community demonstrates its commitment to combat deforestation caused by palm oil plantations: not only by encouraging companies to adopt RSPO (Roundtable on Sustainable Palm Oil) principles but also by taking into account companies’ past behaviours. It isn’t fair if companies who destroy forests only to then join the RSPO are treated as if they have demonstrated a genuine commitment to sustainability.

Oil and Indonesia. Indonesia and Malaysia produce around 90% of the world’s palm oil. What does this industry represent for Indonesia in terms of employment opportunities?

Palm oil production offers a great number of job opportunities in Indonesia. However, the scope for employment is inferior when plantations are managed not by corporations but by families. For example, a maximum of around 100 people can be recruited in a family-managed plantation of 1,000 acres of open land, and workers will come mostly from outside areas. When 1,000 acres are managed by a corporation, at least 250 local families can be employed. 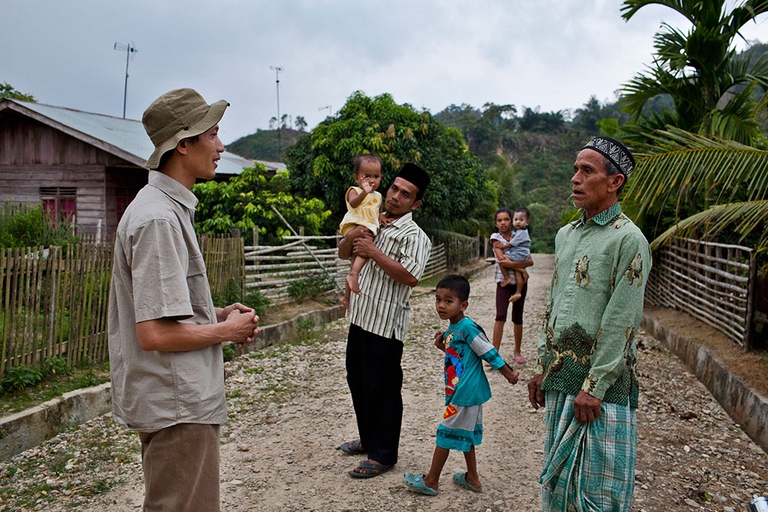 In any case, our problem isn’t one of labour creation, rather, one of environmental degradation due to the expansion of these plantations. We suffer from drought, flooding, increased conflict with wildlife, destruction of infrastructure, especially roads, as well as the loss of an environmental conscience. Palm oil plantations are penetrating remote areas of Indonesia and bringing values to local people such as greed, the desire to become rich by exploiting nature, instead of conserving it in order to live off of it sustainably.

As a result, local communities continue to be tempted to participate in the clearing of forests to make space for palm oil plantations. This occurs even in areas that aren’t appropriate for this type of agriculture, such as on top of hills, on steep land and in peat swamps, which should be protected in order for local communities to sustain themselves. There is no point getting a job if most of us will be brought to suffer as a result of the impending environmental disasters caused by forest clearing.

And Indonesians. Is palm oil present in the traditional Indonesian diet? What, according to you, are its health benefits and health risks?

I don’t know exactly when palm oil became part of out diet, but the development is recent. Palm oil only began to be planted in Indonesia in the early 20th century, and even then it was destined for export. I still remember that when I was a child in the 1980s we prevalently used coconut oil in our house. Families generally had palm trees they could harvest to make coconut oil, without needing to buy any. Nowadays, families don’t make their own coconut oil but buy palm oil instead. Whilst I’m not sure what exactly are the health benefits and risks related to palm oil, I have observed an increase in the frequency of heart diseases amongst Indonesians.

Export. Palm oil can be crude or refined, the latter being the most harmful to health. Which type is exported, and thus used, the most? 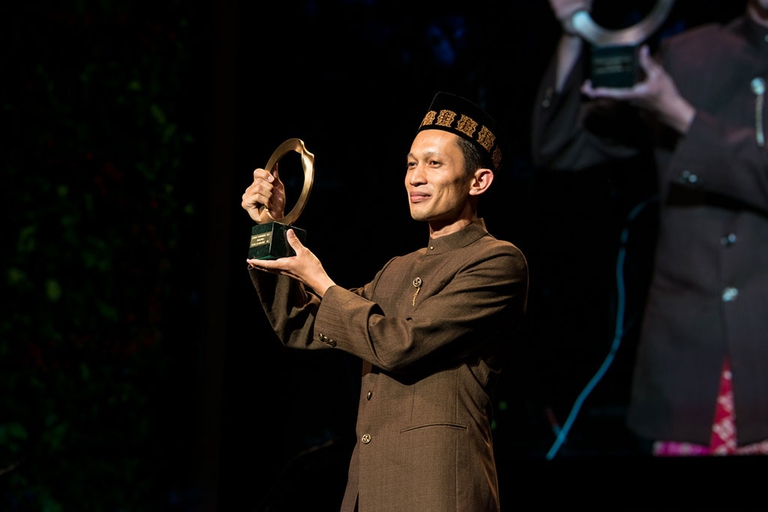 Goldman Prize. Last year you were awarded the Goldman Prize, the most prestigious award for those who work to safeguard the environment. What effects has this prize had on your work?

Receiving this award exceeded all my expectations. I have gained very much from it. More than anything, I feel stronger and more motivated in continuing in my fight to protect the environment in Indonesia.