Rome, assessor calls a halt to cycling lanes and the GRAB: people protest with DIY signage

The meeting between the associations for cycling mobility and Rome’s new assessor of transports ended up in a disaster: the works for the GRAB and cycling lanes are interrupted. But there’s still someone who doesn’t give up.

Hope can wait if you are a cyclist in Rome. It seemed that the GRAB, an urban cycle route stretching to 44 km around the Italian capital, was about to be finished, but Rome’s new Assessor of Mobility Stefano Esposito stopped the roadworks. Esposito held a meeting with some associations promoting cycling mobility and he used straightforward words to express two harsh problems.

The assessor stated that there is little money, that’s why he put a halt to the bike lane plan established by the Committee led by Mayor Ignazio Marino. In addition, according to the Assessor the bike lanes, used all around the world, could be dangerous in a city like Rome and he doesn’t want to take on such a responsibility in case of serious accidents.

To realise cycling lanes in a safe area much money is needed. Cycling associations were astonished at the Assessor’s decision and repeated many times that the real problem is that in Italy the number of cyclists is much inferior to that of many other European cities and nobody is doing anything to improve the situation. Senza dimenticare il notevole numero di incidenti, di cui alcuni purtroppo mortali. 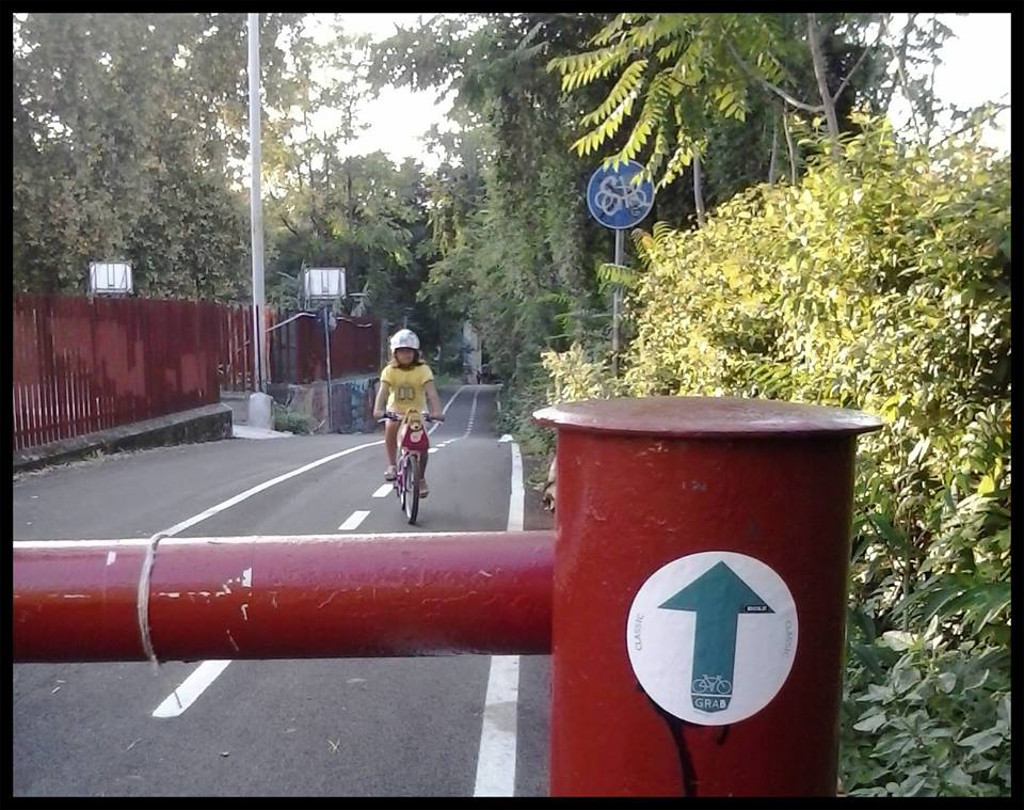 The GRAB was blocked too because it passes through historic buildings and houses, so it can’t be used during the night, when these are closed. This happened even if firstly it was meant to be finished for the Jubilee and be open in part by the end of the year. In addition, this summer the GRAB has been rewarded by Verona’s Cosmobike Show and the International Competition announced by the US society ESRI.

After that a record of Esposito’s meeting has been released without him knowing, he announced that he wanted a stretch of the GRAB to be always open and safe, which would postpone the realisation of the project a few years due to cost overrun.

This piece of news discouraged those who believed in this ring cycle lane and the cycling lanes that were almost ready. But there are a few that don’t give up and are continuing the GRAB project informally, covering the route with adhesive signs pointing that that is the ring cycle route.