Global warming is forcing polar bears to eat dolphins. The unprecedented behaviour has been documented by Norwegian researchers.

Polar bears have started hunting and eating dolphins. It is the first time that this phenomenon takes place and the cause is linked to rising temperatures and food scarcity in the Arctic Ocean.

Oceans acidification and ice melting due to global warming have been jeopardising polar bear existence for a long time, forcing them to swim for hundreds of kilometres and looking for food for days. The unprecedented phenomenon of polar bears hunting dolphins is due to the fact that these marine mammals, the white-beaked dolphins (Lagenorhynchus albirostris), started approaching Arctic waters prematurely. Their appearance was usually registered during summer, but over the last few years hot weather has been led them to migrate during spring.

This phenomenon has been analysed in the study White-Beaked Dolphins Trapped in the Ice and Eaten by Polar Bears, carried out by a team of scientists led by Jon Aars from the Norwegian Polar Institute and published by the scientific magazine Polar Research. The study shows as evidence the testimonies collected in April 2014 in a small fiord of Svalbard, Norway. 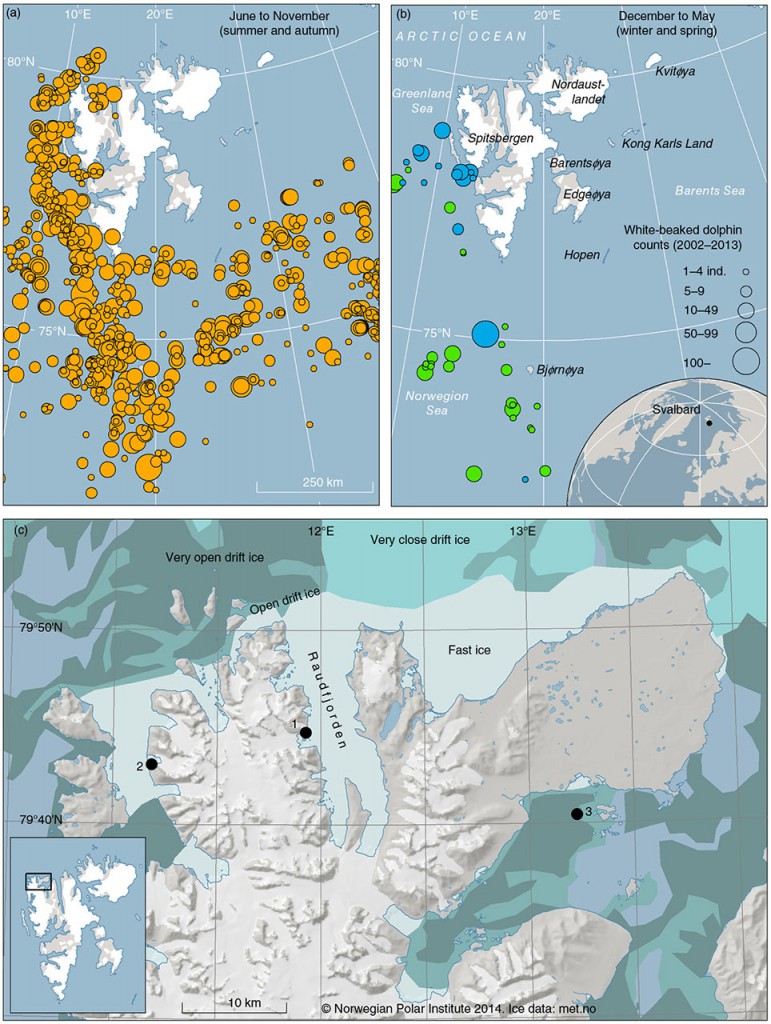 Food has to be conserved

Researchers spotted at least 6 polar bears catching and eating dolphins, in a way similar to that of seals: lying in wait near the holes of melting ice platforms that dolphins use to breath. In that moment the ambush takes place. Polar bears have also been caught covering carcasses with ice in order to conserve them. It is a truly rare behaviour, and shows the fact that the food available is lesser and lesser.