Dublin has decided to test a new bike parking system on its streets: bikehangars.

After London, Dublin too is now testing “bikehangars” on streets. Dublin City Council chose a family to test the use of these covered bike parks. They are produced by Cyclehoop, the society which created car-shaped bike racks, to highlight that a car need that a car need the same parking space as 10 bikes.

Awarded for their design, the bikehangars has been designed to be placed in public spaces, such as parks and schools. It is an effective way to support safe bike parks on the road and to protect bikes from unfavourable weather conditions, theft or vandalism. They are extremely useful in case of rain: when you get back your bike, handlebars and saddle will not be wet. 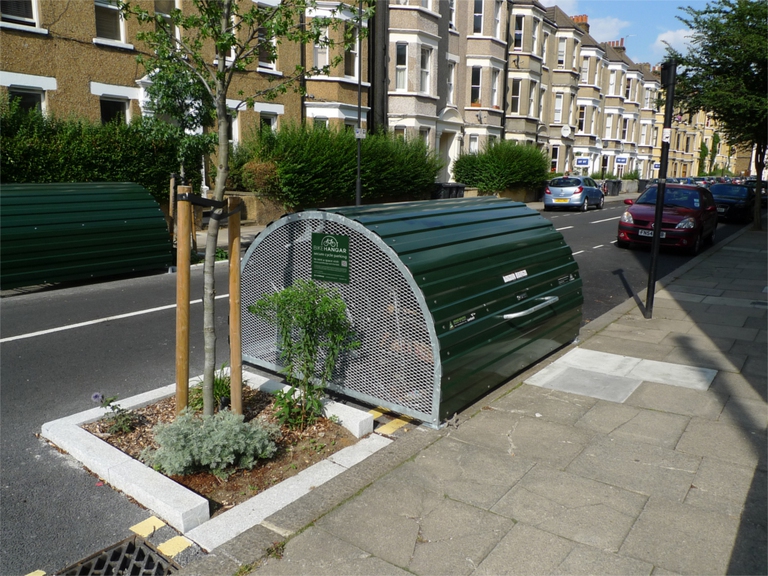 The facility can house up six bikes, occupies half of a car parking space and is made of galvanised steel. The steel core is protected by a layer of zinc preventing it from getting rusty. A gas reducing human effort eases the opening of bikehangars’ doors.

Hiring bikehangars only costs 30 pounds per year. Cyclist not having a backyard, a garage or a place to keep their bikes safely, will avoid, for instance, lifting carrying bikes on their shoulder or passing through narrow spaces. It can be also useful to discourage cyclist to lock their bikes on road signs, as well as for outdoor apartment spaces, where an increasing number of citizens is asking for bike racks to be installed.