At the Humus Bar, Arabs and Jews who eat together are given 50% off

An Israeli restaurant decided to give a 50% discount to Arabs and Jews who eat at the same table, in order to promote reconciliatioon and soften racial tensions.

At the Humus Bar there are no Arabs or Jews, but just half-price delicious hummus and falafels. The restaurant, in the Kfar Vitkin village, located near the coastal city of Netanya, invited on its Facebook page Arabs and Jews to share their table in order to have a 50 per cent off deal on the lunch price as well as a refill of chichpea hummus for every tablemate. According to the restaurant’s owner Kobi Tzafrir, this dish can bring together the two peoples.

“Scared of Arabs? Scared of Jews? By us we don’t have Arabs. But we also don’t have Jews… By us we’ve got human beings! And real excellent Arab hummus! And great Jewish falafel! And a free refill for every serving of hummus, whether you’re Arab, Jewish, Christian, Indian, etc” the restaurant page reads. 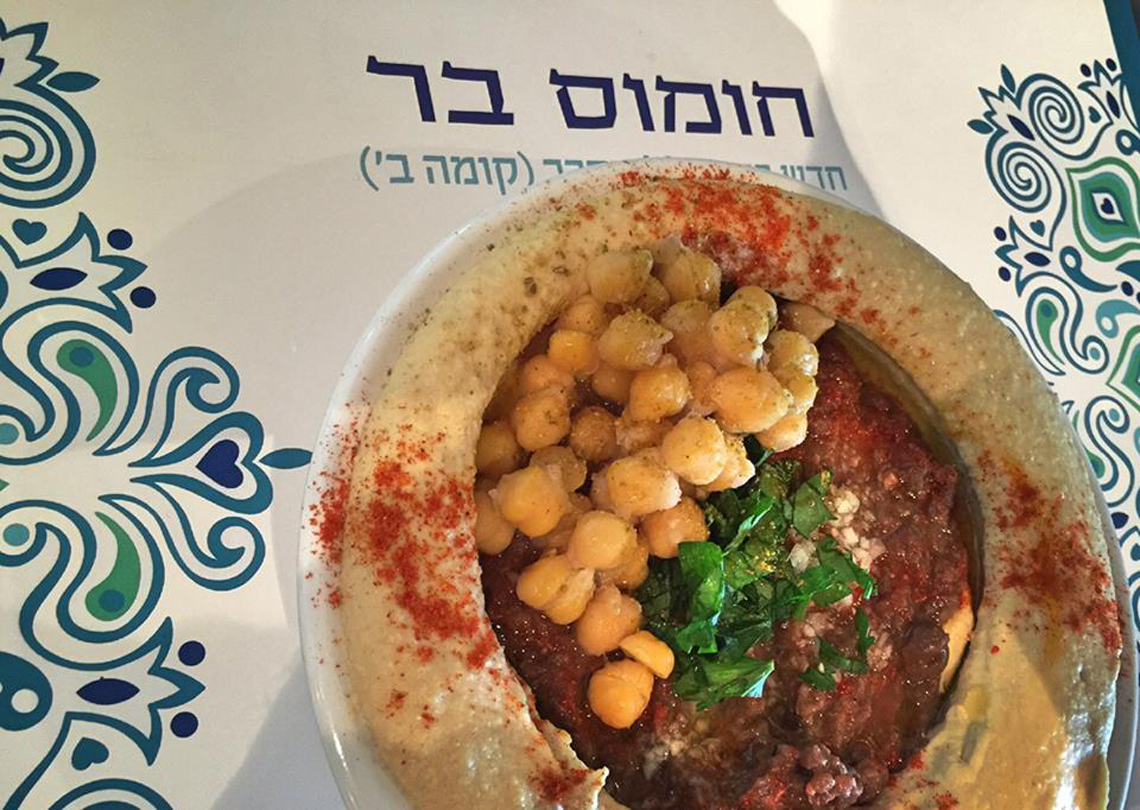 Arabs used to attend the restaurant even before this special prize, since they come from a nearby Palestinian village. “A lot of customers now say they have seen the post and they tell me they’ve come to support the idea. Some Arabs come with Jewish friends, some Jewish families come alone. They’re all saying good things”, Tzafrir told Al Jazeera.

The initiative has proven immediately successful and the restaurant owner declared that there were people who took up the offer as well as mixed tables who paid the full price to support the initiative.

At least 44 Palestinians and eight Israelis have been killed since violence broke out in the beginning of this month with Israeli raids into Al-Aqsa compound, Jerusalem, Islam’s third most sacred place.

The idea of this hummus café is that of contributing to restore peace and to reconcile people. A small step to bring people together through conviviality.

#MeToo campaign’s silence breakers, who spoke out against sexual violence, are Time Person of the Year 2017

The Time Person of the Year 2017 title goes to the online #MeToo movement that has encouraged millions to share their stories of sexual violence. The magazine highlights the stories of exceptional “silence breakers”.

How supermarkets work, 10 tricks to get you to buy more

There’s nothing wrong with making customers feel at ease. As a buyer, the important thing is to know how supermarkets work: here are 10 essential supermarket tricks.

The Real Junk Food Project, from wasted food to tasty meals on a pay as you feel basis

Would you eat food diverted from being wasted and transformed into a healthy meal? And pay for it how much you think it’s worth? Then the global network of The Real Junk Food Project cafés and shops is what you need.

Among other things, the immigration ban signed by President Trump threatens the melting pot underlying the culture of the United States.