Radiations are below the limitis, as the studies carried out by professor Hayano and the students living in the Fukushima district prove.

The levels of radiation found in the food produced in the district of Fukushima are the same as those found in Paris or Rome. So basically null. Four years after the Fukushima nuclear disaster, due to the earthquake and the consequent tsunami that took place on the 11th of March 2011, the radiation measurements in rice, water, fish and apples are below the strict limits imposed by the Japanese government (10 times lower than in Europe and the US). 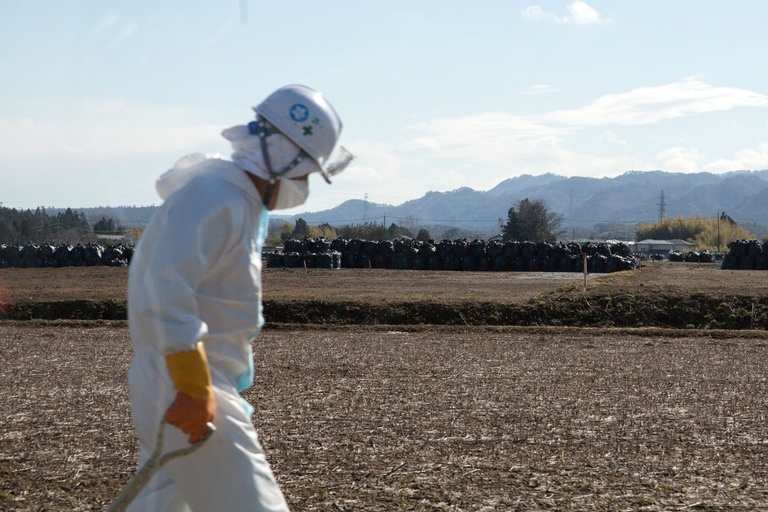 A number of studies, the majority of which were conducted by the students of a Fukushima high school and presented in Milan in occasion of the Fukushima – Food Safety Conference, reveal this. The results were reported by Ryugo Hayano, professor of physics at the University of Tokyo who, after the 2011 disaster, tackled the issues of contamination by trying to provide information in real time, particularly via social media. Soon, he became one of the top 100 most influential scientists on Twitter.

“Up to now, nobody has died because of high levels of radiation”. This is how the professor opened his presentation. Of the entire prefecture, which covers an area of 14,000 square kilometres, just a stretch of 20 kilometres squared is now inaccessible because of high levels of radiation. But for the first time this year the radioactivity rate – of caesium 134 and 137 – found in rice grown in 2014 is inferior to 100 Bq/kg (Bequerel per kilo). The figures found are inferior to 25 Bq/kg, while European and American limits are around 1000 Bq/kg. Since 2012, every year more than 10 billion sacks of rice have been measured: if in the first year 71 sacks with values nearing the legal limit were identified, in 2013 the value was 28 and last year it was null. The same happened with fruit and vegetables cultivated in the area, from apples to peaches, pumpkins and asparagus. To make a comparison, consuming food that doesn’t exceed 25 Bq/Kg every day for a year equals to collecting as much radioactivity as that of a Rome-Tokyo flight of 12 hours.

The situation in the Prefecture of Fukushima isn’t monitored exclusively through governmental controls. Students at Fukushima City’s high school are carrying out research and experiments by measuring the levels of radiation inside and outside the building: currently, levels range between 0.7 to 0.1 mSv (0.1 mSv corresponds to eating a banana, while a New York-Los Angeles flight measures 40 mSv). “As soon as it happened we couldn’t go out or go to school,” says one of the students. “At the beginning, I didn’t want that the people knew where I was from because I was scared and confused. Many people believed that there was nobody in Fukushima. Today, we’re trying to let people understand that our food is safe”. For this reason, the school is organising cultural exchanges with students coming from high schools from all over the world, to let them known what is happening today in the area hit by the disaster.

The implications isn’t that the area surrounding the nuclear power station is safe, or that there aren’t any long-term problems. But since that day five years ago something has changed, mostly with regards to the younger generation: “I’m still a little bit scared by the nuclear plant. If I could choose I wouldn’t build a reactor, but I would choose clean energy sources like sun, wind and water”.