Why cutting down on meat is good for the climate

The Guardian has released a video that explains, in figures, why eating less meat is good for the planet.

What is the main cause of global warming? 14.5 per cent of total CO2 emissions are generated by farm animals and dairies. Though it could seem a reasonable figure, it’s more than the CO2 emitted by all cars, trucks, ships and airplanes together, on the whole planet. These data are shown in the video Do you have to be a vegan to help fix climate change?, realised by British newspaper Guardian, under the Keep it in the Ground campaign launched in March. Then-director Alan Rusbridger’s last legacy. 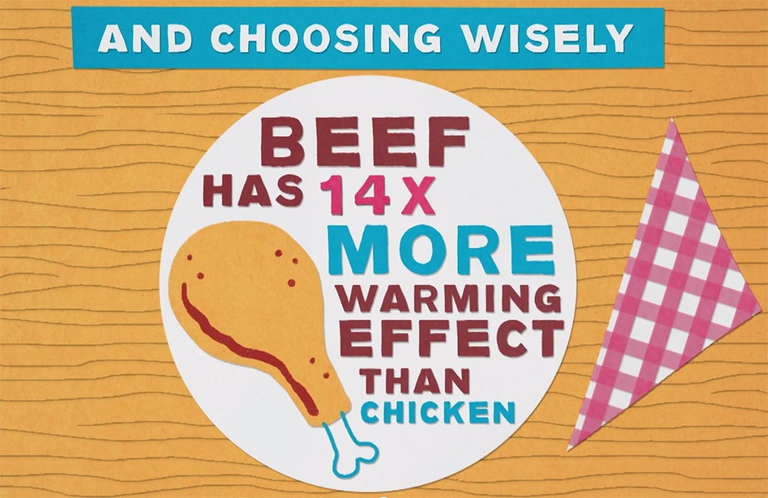 If meat and animal products consumption continues at the current pace, total emissions will jump by 73 per cent by 2050. However, the planet doesn’t need to go vegan. It’s not about cutting out, but cutting down, and choosing wisely, says the video. For example, you could start by favouring chicken to beef. “A small step for your diet, a big step for the planet”.