The summer solstice is the brightest day of the year. During this day, the sun and the light are celebrated, as symbols of positive divinities in all ancient civilisations’ religions. Different cultures still celebrate the summer solstice, but in some cases the festival of the light conceals disquieting shadows, such as in China. 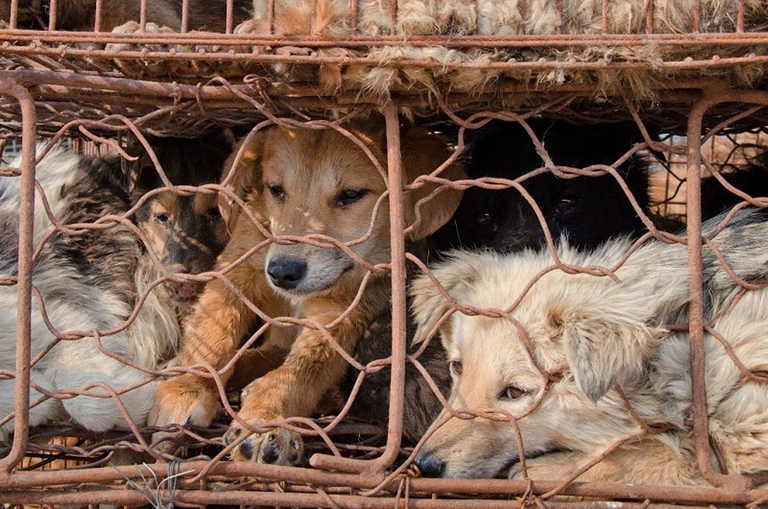 What happens in Yulin

Every year in Yulin, south mainland China, a traditional festival begins on the 21st of June to celebrate the summer solstice. However, the event’s peculiarity is that the main course, widely consumed throughout the celebrations, is dog meat, accompanied by litchi wine.

Before the celebrations begin, the city is filled with cages where dogs are clumped before of being slaughtered and cooked. Dog meat is a traditional dish of the Chinese culture, and it is thought to improve male fertility and to keep away evil spirits and diseases.

Certainly, dog meat is consumed all the year round, but its consumption peaks on 21 June, when over 10,000 dogs are slaughtered. China is now divided: some don’t want to give up a food that has been consumed since 550 BCE, while others think this primitive tradition is obsolete, since dogs are increasingly considered as pets in China.

Animal-rights activists from all over the world fight against this festival. For example, the association Duo Duo Animal Welfare Project launched a petition on change.org to ask the event to be cancelled, and it collected over 200,000 signatures.

Western countries may consider it a tremendous festival, since dogs are seen as humans’ best friend, and during the festival skinned, cooked dogs are hung to stands. 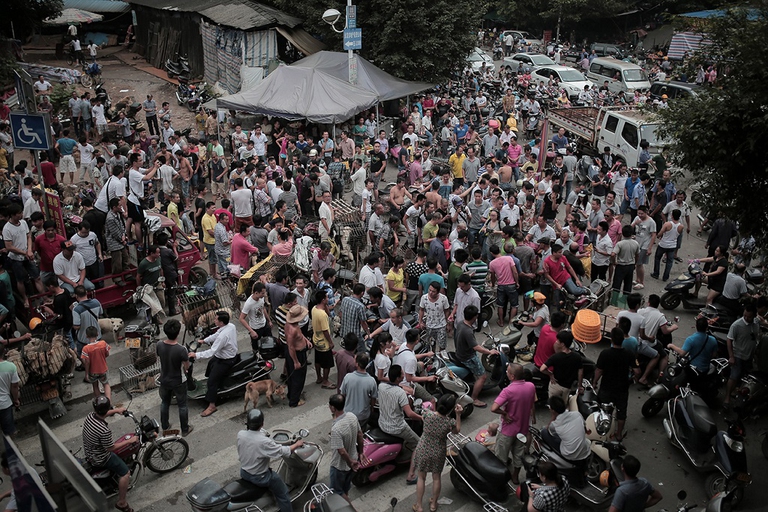 Moreover, activists argue that the event is hazardous for the public health. In fact, dogs are mainly strays and no test is carried out to check their health, considering that dogs are often poisoned with chemical substances.

The Chinese government doens’t officially support the festival, and defines it a limited and non-authorised phenomenon. “I witnessed the Dog Meat Festival in 2014. Some dogs were still wagging their tails when they were being killed in the slaughterhouse. The trust dogs put in humans is much greater than other animals, and now eating them is what I call the ultimate betrayal,” said Andrea Gung, Duo Duo Project’s member.

However, in many Asian countries eating dogs is anything but a taboo: between 13 and 16 million dogs and over 4 million cats are consumed every year. 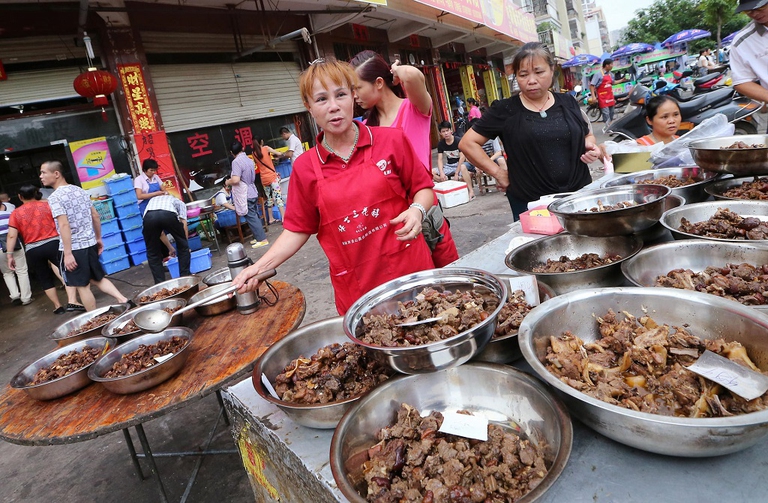 Each country has its own traditions and taboos. Anglo-Saxon countries, for instance, reject horse meat. But what is the difference between dogs, pigs, cats, chickens, horses or sea bass? The only difference maybe lies just in our feeling towards these animals, or how we assess their intelligence on our anthropocentric biases. Cultural traditions are important, but life, of every living creature, more.