Cyclists in Amsterdam will park their bikes… Under water

With more bikes than inhabitants, Amsterdam has to deal with the issue of bicycle parking. The solution? An underwater parking lot with train and underground connections.

While some big cities face the problem of car parking, in Amsterdam cyclists risk to be late at work because they can’t find a place to lock their bikes. This is a good news for those supporting sustainable mobility, such as LifeGate, though many people living in the capital of the Netherland will not be happy with that.

There are too many bikes, especially in the city centre, where it is so complicated to find new places to build bike parks (Tokyo has the same problem), all the more so as Amsterdam typical historical homes are narrow and tall. 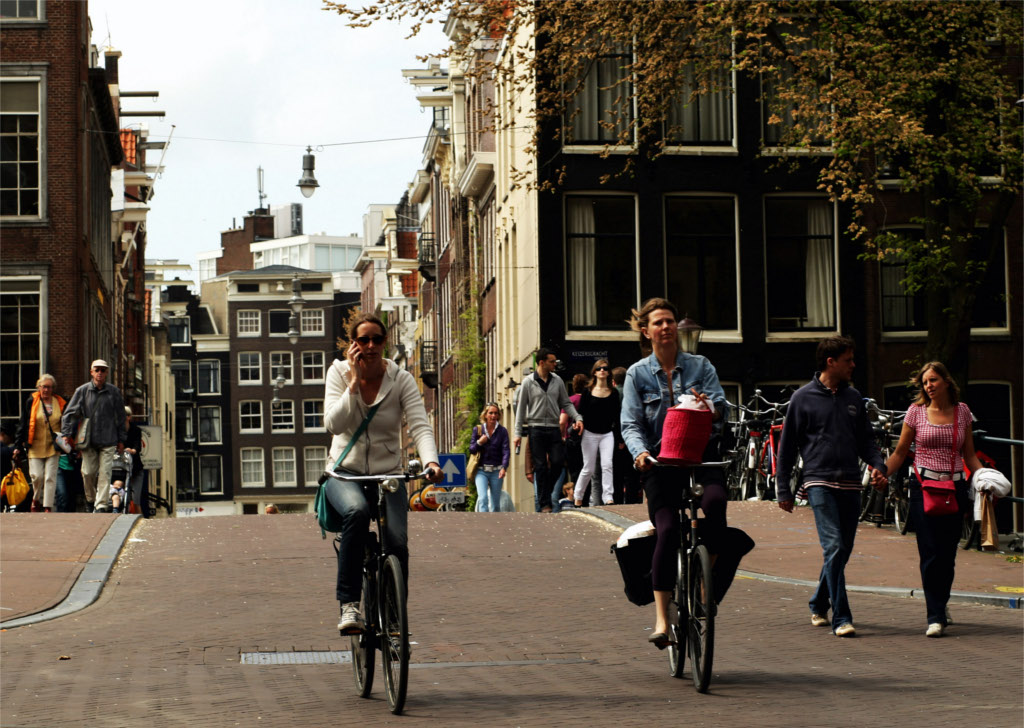 To solve this problem, the Netherlands found the same solution as that found for getting land available to build on: defying water.

The country has already planned to build a bike park with 7,000 places under IJ artificial lake (here is the link to Wikipedia article), a former bay also known as Amsterdam waterfront. The project also features an underwater tunnel linking the bike park to the underground and it aims to realise 21,500 places to park bikes within 2030, in an area which also houses Amsterdam central railway station.

There are large projects in Amsterdam, among which the design of floating bike parks, artificial islands, each of which can house about 2,000 bikes.

The Netherlands figure among the countries with best cycle mobility and the problems related to bike parking is a proof to this fact. 57% of people living in Amsterdam use the bike as a daily mean of transport and 43% of them use bike to commute.