Nicky Ashwell was born without a right hand and now, thanks to the world’s most lifelike bionic hand, can go to the gym, fasten her shoes and ride a bike for the first time.

A British woman could ride a bike for the first time thanks to a really ergonomic bionic hand.

Nicky Ashwell, 29, from London, was born without a right forearm and until now she used a cosmetic prosthetic that she wasn’t able to move. Now she’s able to carry out tasks with both hands but what surprises her the most are little things she can now do. Now, for example, she can use cutlery and open her purse while walking hand in hand with her boyfriend. 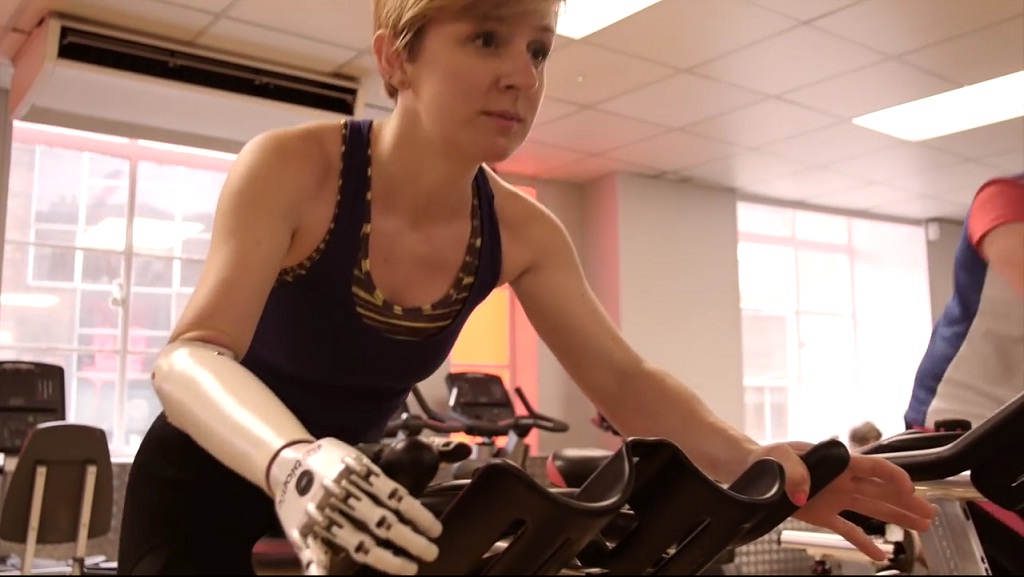 Being a sportswoman, thanks to her bionic hand, she can now go to the gym and doing some exercises including weightlifting. She can also use the stationery bicycle but now she can finally fulfill her dream of riding a bike. When she had the cosmetic prosthesis she didn’t even try to do it because she had difficulty in controlling her movements. Now, instead, she can decide to go out and ride a bike safely. “I used to not ride a bicycle because I thought it would be bad for my back, and also I was so precariously balanced on one and I thought that at any speed bump I would have been straight off there” explained Ashwell in an interview for the BBC News channel, where she showed the inner part of her prosthesis and explained how it works: the arm gives the signal allowing to open and close the hand.

The new bionic hand is anatomically accurate and uses Formula One technologies to deliver high level of precision and more natural movements.

The hand weighs 390 grammes and can carry a load of up to 45 kg. It has small dimensions that have been designed for women and particularly for girls and it consists of an accurate skeletal structure with miniaturised components to facilitate as far as possible the gestures and movements of everyday life.