BeCycling: Over 365 days riding around the world

BeCycling, the long bike journey made by Daniele Carletti and Simona Pergola to reach the seven highest passes in the world, has celebrated its first year.

Daniele Carletti and Simona Pergola have recently celebrated the first years of their bike journey, the project “Dai sette colli ai sette passi” of BeCycling.net (from seven hills to seven passes). It was an intense and exciting years, but there is still a long way to go for the two cyclists from Rome. So far, they have reached two of the seven highest passes in the world. The first pass was Col de la Bonette (see map), one of the highest pass in Europe, which was reached after crossing Sant’Anna di Vinadio sanctuary, the highest sanctuary in Europe (located at 2035 metres). The rise to the first stop was quite hard: the average gradient was 7%, sometimes rising to 10%. 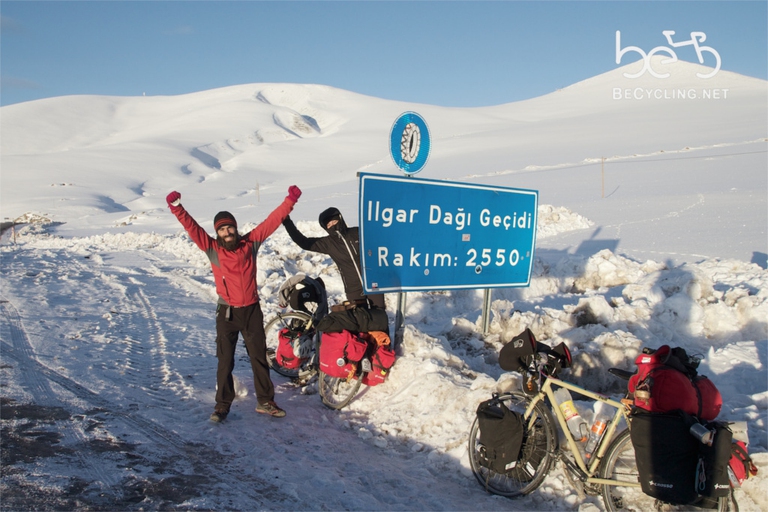 Cycle mobility is pretty inconsistent in Bulgaria. While Sofia, the capital city, has four-lane or cobblestones paved roads for cars, the motorway connecting Sofia to Plovdiv features a broad lane which can also be used by bikes.

Once they reached Turkey, they took part to the parade of the Republic Day of Turkey in Istanbul. Along with soldiers, there was even a procession of bikes. There is a particular road in Istanbul: Expresso Road. In the morning, the central lane heads toward the city centre, while in the evening it heads to the outskirts. The direction of travels is reversed at 1 PM.

The second pass to be reached according to the itinerary was Jvari Pass, on the border between Georgia and Russia, but the two cyclists received an email by the Italian General Consulate in Moscow, alerting of the dangerousness of the area, as it is located near unsafe territories such as Chechnya and Dagestan. Then, they chose to take an alternative route, so the second pass was Ilgar Dagi Geçidi, on the border between Turkey and Georgia, at 2550 metres. Due to the cold and the snow, they reached the pass at the sunset, with a temperature of -7° C. 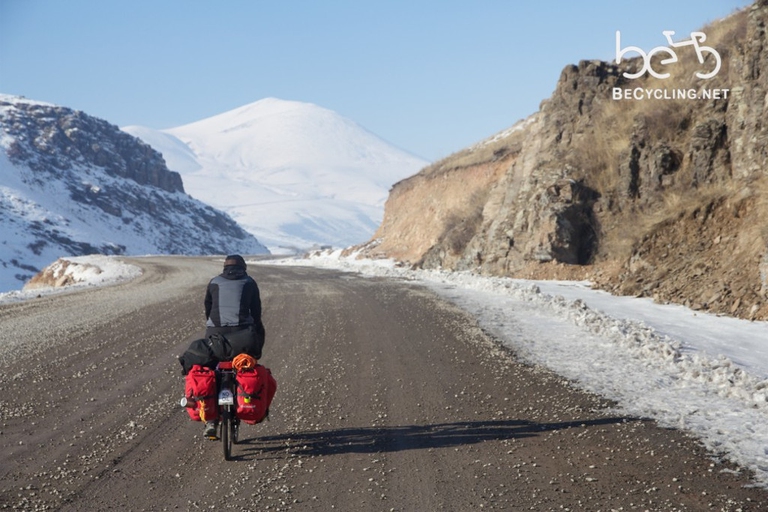 They spent last Christmas and New Year’s Day in Georgia. On Christmas’ Day they decorated their bikes and exchanged presents (see the video): they bought 7 biked to be used for charity projects, thanks to the donations received on Becycling website. The two cyclists were also interviewed by a Georgian TV broadcaster and they met the Georgian cyclist’s federation.

After crossing Kazakhstan steppe, they reached Uzbekistan, a bike-friendly country. “We are amazed by the huge amount of bike we have seen here!” told Daniele Carletti and Simona Pergola. They had some problems to get the visa in Uzbekistan and had to wait two days before being allowed to go to Tajikistan, but they never lost heart and in the next days they made a tiramisu. 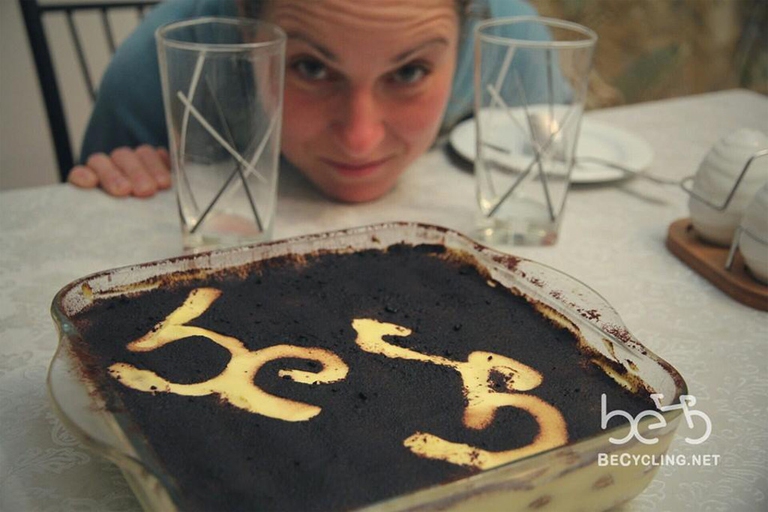