Despite their garish colours, finding them is anything but simple. In fact, the 7 new species of frog that have been discovered in the Atlantic rainforest in Brazil are some of the world’s smallest vertebrates. These amphibians are tinier than bees and belong to the genus of Brachycephalus, a family of frog known for its tiny dimensions and gaudy colours. 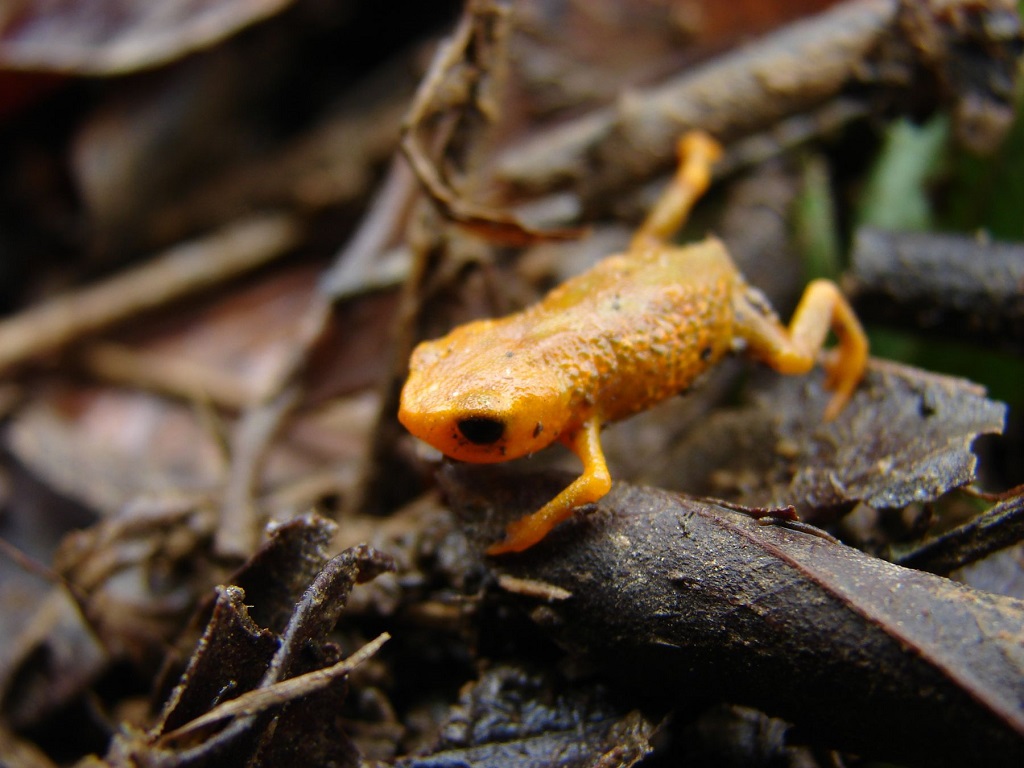 Adults are usually less than 1 centimetre long, and their bright colours represent a warning for predators: they indicate the presence of a powerful neurotoxin in frogs’ skin, the tetrodotoxin.

These miniscule amphibians evolved with fewer fingers and toes in order to reduce their size. Thanks to this process of miniaturisation, frogs, when emerge from their eggs, are fully formed. They thus don’t have to go through different metamorphosis stages and are able to survive in absence of water.

Another peculiarity is their extreme endemism. In fact, many species live just in few mountaintops of the Brazilian forest. Despite the proximity among different populations, many species evolved separately, divided by wide valleys impossible to be crossed by such tiny animals.

The wild and almost inaccessible mountaintops become micro-habitats, home to amphibians that developed only in that area. These frogs have been discovered by Marcio Pie, herpetologist of the Universidade Federal do Paraná in Brazil, and by his team, after 5 years of research in rainforests near the south-Brazilian Atlantic coast, in the states of Paranà and Santa Catarina. 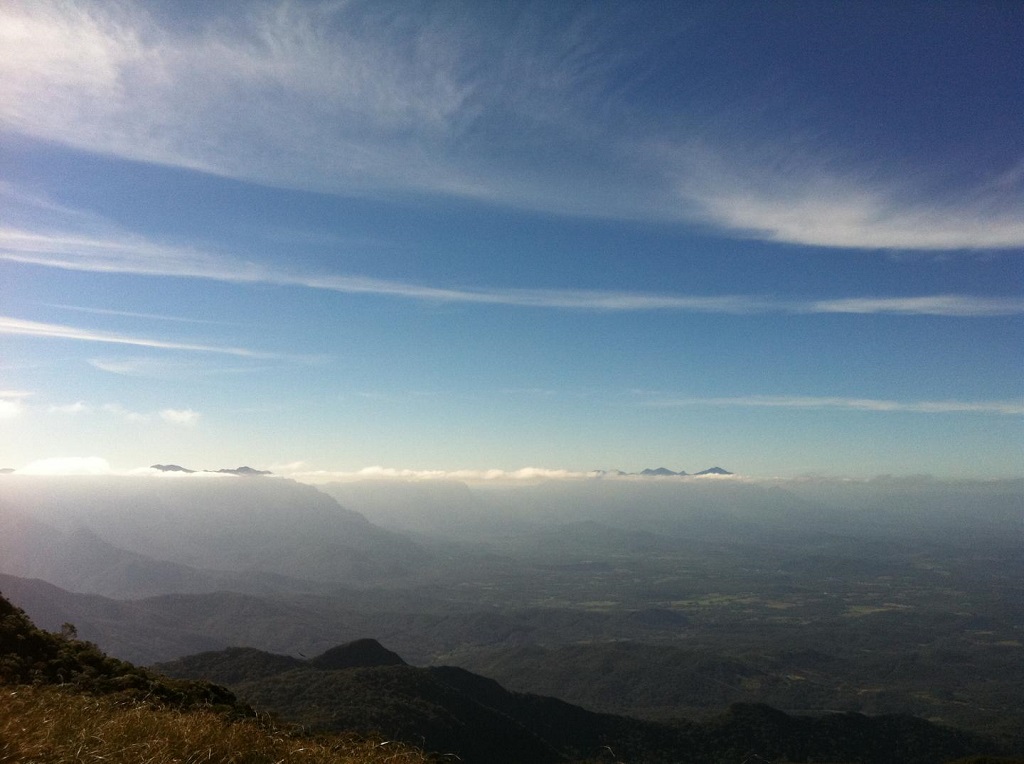 The research, published by the magazine PeerJ, highlights how such extreme endemism makes frog vulnerable to changes in their habitat. The main threats are illegal logging and climate change, which could alter rainforests’ delicate balance.

Brazilian herpetologists’ findings represent good news in a disquieting context, amphibian populations are in fact rapidly declining globally, being sadly the living creatures to be driven to extinction at the fastest rate. 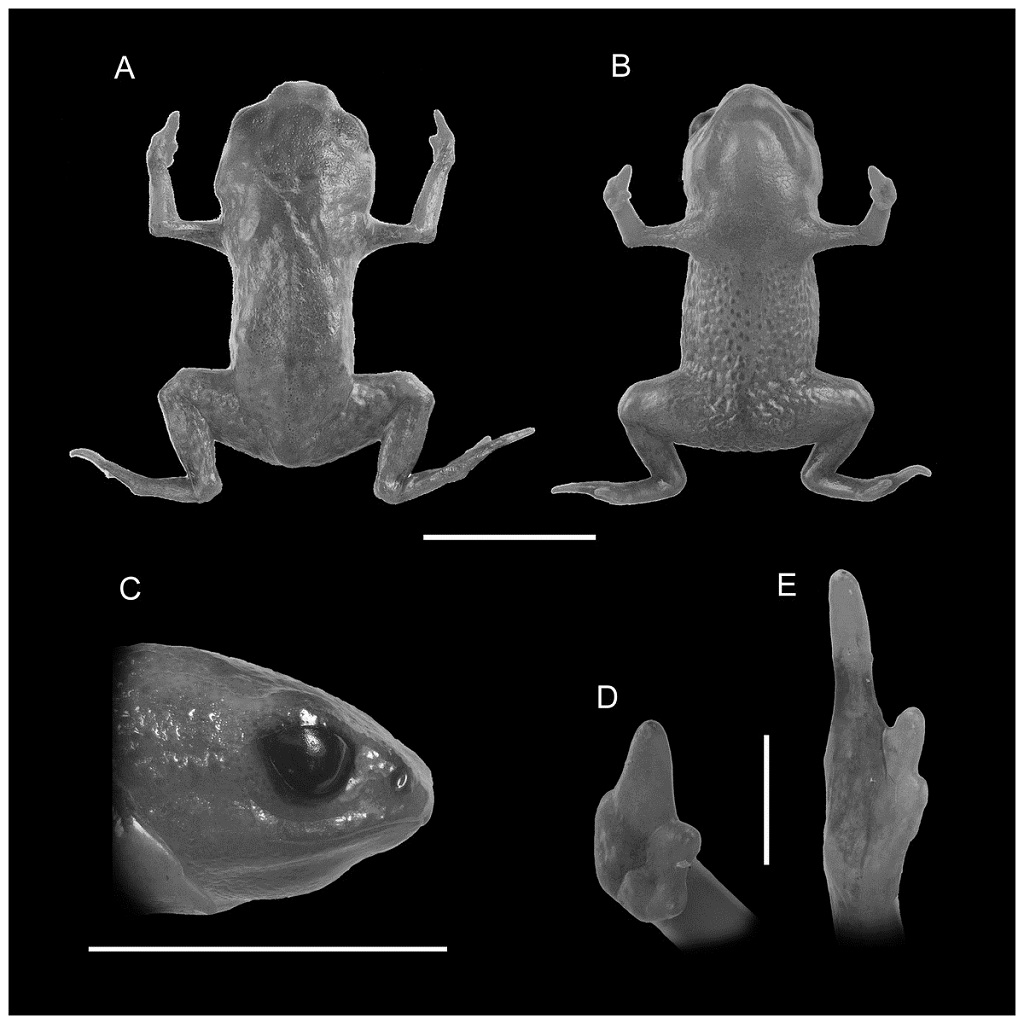 Amphibians “breath” through their skin, they are thus extremely vulnerable to pollution. Moreover, in many species the presence of a parasite fungus of the group Chytridiomycota is causing the death of entire amphibian populations worldwide.

Peru creates the Yellowstone of the Amazon