From cars to bikes. The urban regeneration of the bicycle parking station of Bologna

Dynamo: the bicycle parking station created from a car park that will be a meeting point dedicated to cyclists and their bikes.

Dynamo, the first bicycle parking station of Bologna, northern Italy, will open its doors on September the 25th. It will be a meeting point dedicated to cyclists and two-wheel lovers. Not only a parking lot dedicated to bikes, but a multifunctional space, with services dedicated to fixing, rental, logistic, training, and consultancy activites. 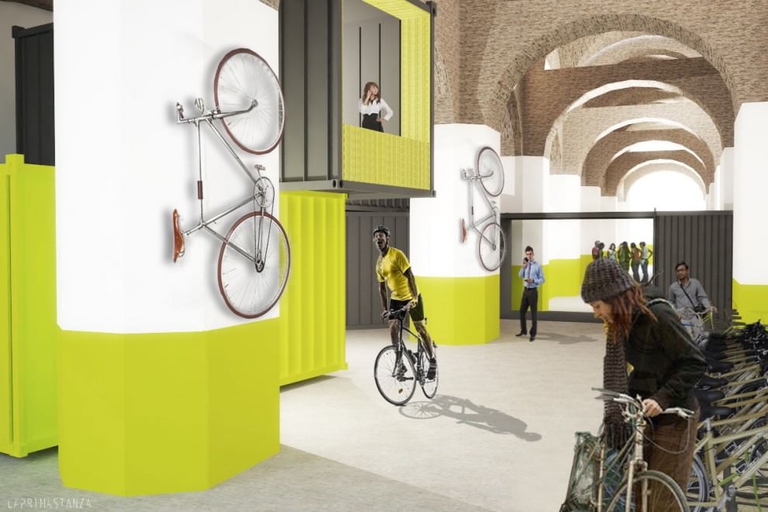 “There are other bicycle parking stations in different cities, but we are the first ones to offer overall services,” said Simona Larghetti, head of the project and member of the association Salvaciclisti of Bologna. “It won’t be just a parking lot, but a space also dedicated to sociality and events linked to the world of bicycles”.

A real service centre offering shelter to some 200 bicycles, with the aim to reach 600 unities within the first year of activity. Moreover, thanks to a project co-financed by the municipality of Bologna and the Emilia Romagna region, “the bicycle parking station aims to host 1,200 bikes,” reads the official website of Dynamo. 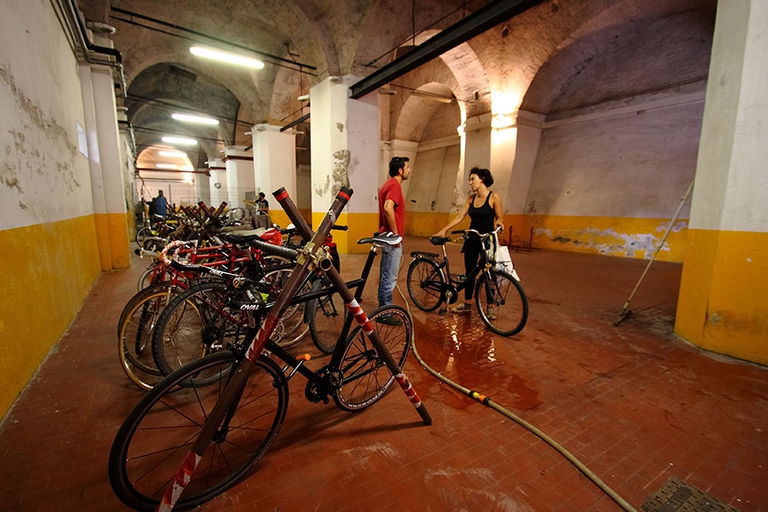 It is a requalification and renewal project of an historical site. “It is an important place, with an historical value. A basement near the Central Station: 1,000 square metres where during the Second War World has been created an air-raid shelter,” tells Simona. “A place characterised by a monumental architecture of the late 19th century, transformed over the last 60 years into a car parking lot”.

From cars to bikes. “We are proud of having turned a parking lot able to host 30-40 cars into a place able to host up to 1,000 bikes”. It will be a centre where you can enter for free, use the library dedicated to themes linked to bikes, or simply have a coffee and use the Wi-Fi connection provided by the municipality.

“We will offer training activities to citizens, but also to operators, guides, hotel managers to host cycle-tourists, and to municipal authorities”. It is a real experiment, including sociality and sustainable mobility, to make a healthier, safer, and smarter city.