The thrill is gone. Who was B.B. King

B.B. King passed away the 15th of May. Another musician, Ezio Guaitamacchi, gives a eulogy for the king of blues.

He called it Lucille. Just like that girl who caused a fight in a bar in Twist, Arkansas, in 1949, where the then 24 year-old Riley B. King was playing. Amongst the chaos between her two contenders, a barrel of petrol caught fire: King saved his cherished six chord Gibson, challenging the flames. From that moment on, it’s name changed. But not the sound: a sweet yet rounded melody, penetrating, intense and seductive. One that bewitched legions of guitarists, Eric Clapton more than anyone else. 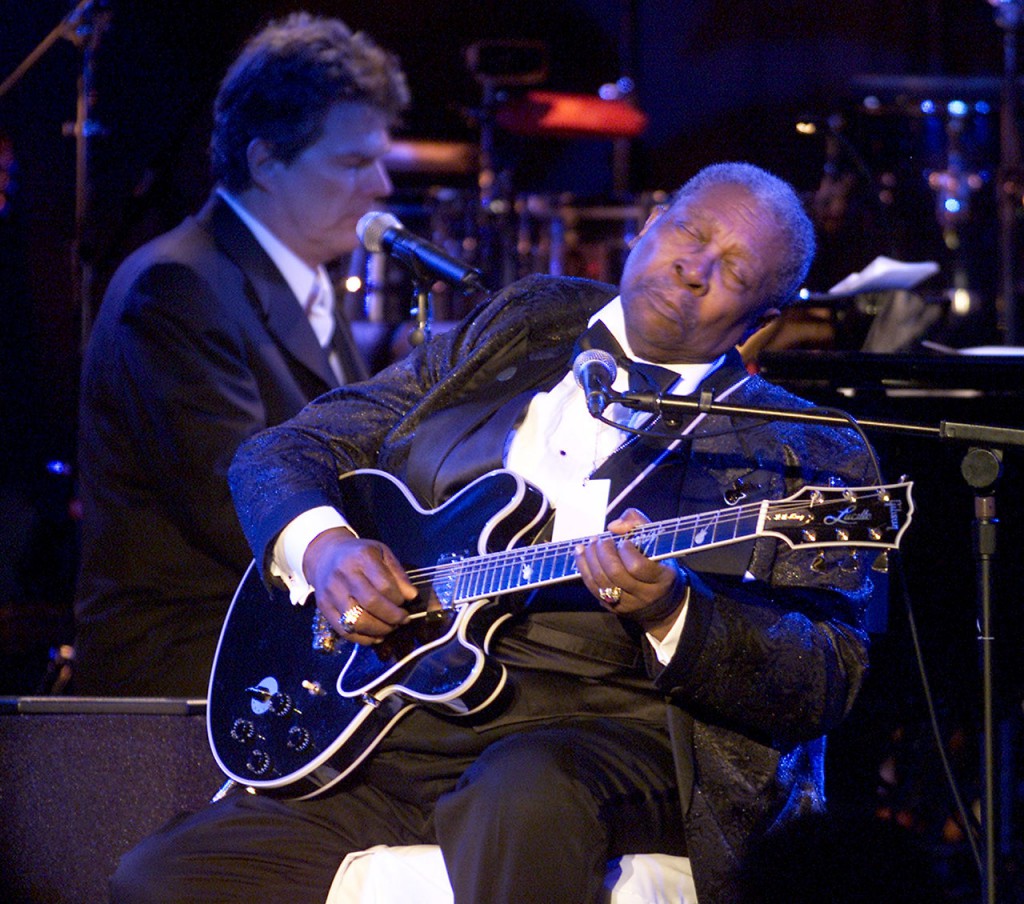 The “Blues Boy” who played at being a DJ in Memphis and became known there as B.B. never abandoned the music of his roots: that of the Mississippi delta, of the area that surrounds the legendary Highway 61, the great “blues highway”. Even though, in time, he also dabbled in soul, jazz and funk, B.B. King’s blues never lost the original rural, dusty, sweaty but sensual spirit of the Clarksdale, Tunica and Indianol juke-joints, the places of his childhood.

Born in Itta Bena, in a cotton field, he received his first guitar from the great Bukka White, his mother’s cousin. And, since then, he knew he was born to play the “devil’s music”. After two hospitalisations for problems connected to diabetes, the 1st of May last year he returned to his home in Las Vegas. “I want to thank everyone for their concern and good wishes”, he wrote on his website. Yesterday, he died in his sleep. He left in silence, a few months before his 90th birthday. The last “shiver of blues” has left us.