The man who howls at wolves

German zoologist Werner Freund has been studying the behaviour of wolves in their environment for over 40 years, by living with them.

In Germany, there’s a pack of wolves led by a weird alpha, which teaches cubs to hunt, howls to the moon, eats row roe deer’s shreds, but has 2 legs and its body is not covered by fur. He is Wolf Man. His real name is Werner Freund, former German paratrooper that decided to become a wolf.

In 1972 Freund established the Wofpark Werner Freund, wolves’ sanctuary in Merzig forest, south Germany, spread over 10 hectares that is home to 29 wolves. Freund rose over 70 individuals: he decided to put theory into practice, trying to behave like a wolf and gaining acceptance among the pack, because “he who wants to understand a wolf, must become one,” he said. The reserve is home to Arctic, European, Canadian, Siberian and Mongolian wolves, coming from zoos or animal parks.

Wolves are social animals, with a complex social life. Despite they’re very intelligent, they are predators, reason why Freud had difficulties to gain packs’ acceptance. He had to impose himself as the male alpha. The hierarchy of a wolves pack is strict, and every individual has a precise role: male and female alphas; dominant individuals, the only ones to reproduce; the omega wolf, at the bottom of the hierarchy. Alphas organise hunting, decide roles and they are the first wolves to eat.

Freund succeeded in gaining the status of pack leader, and by virtue of this, he is the one that takes the first bite off the prey before the other wolves. It took time to the German zoologist to achieve such level of identification, learning how to howl exactly like a wolf and learning their rituals, such as rewarding hunting fellows, rolling on the floor, sleeping with cubs and rearing them, and lugubriously howling for the death of a component of the pack.

Freund has been frequently criticised, but seeing him living in close contact with wolves can contribute to restore the honour of an animal too often considered evil and dangerous, and makes us understand that wolves can teach us many things. 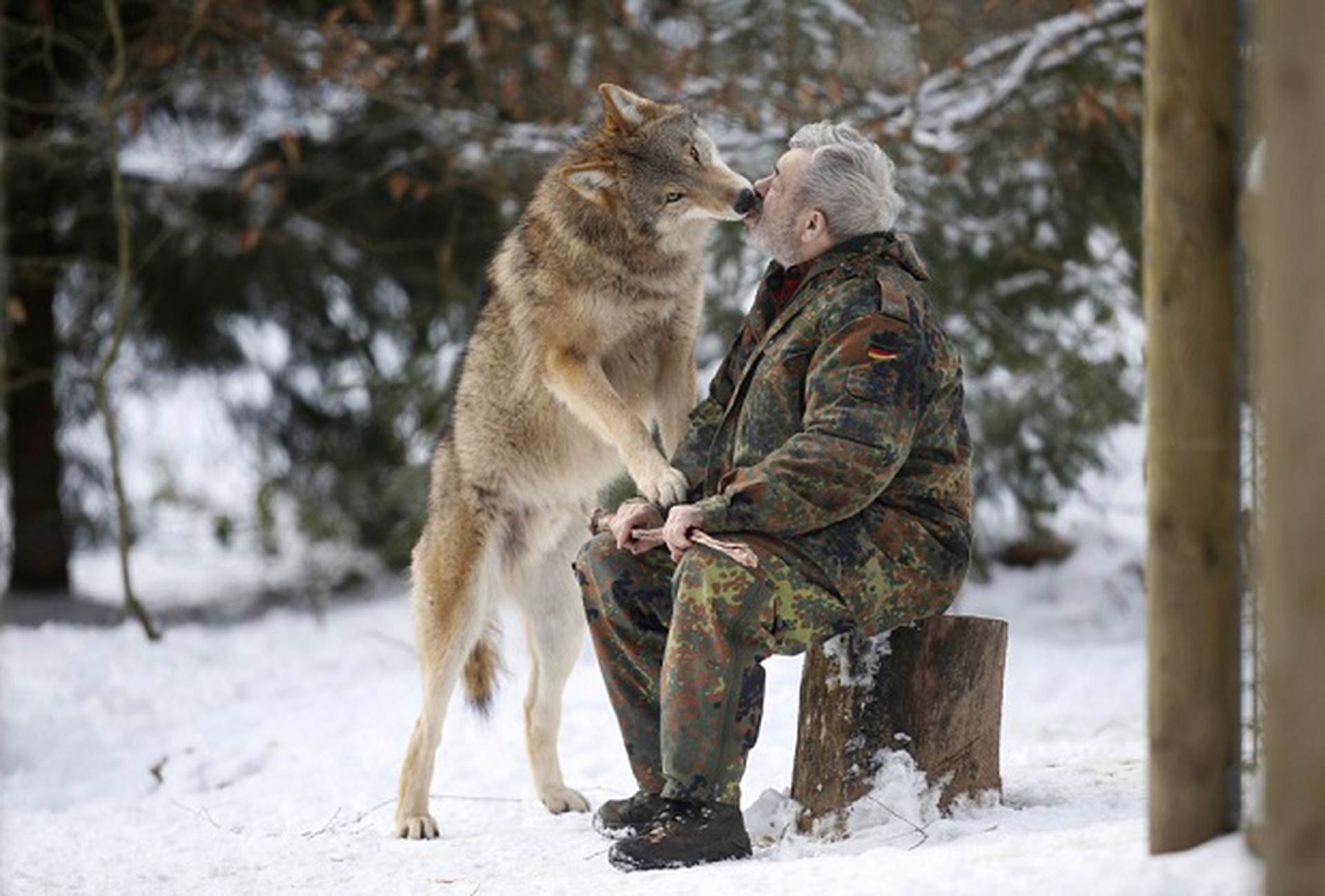