The lion is back in Gabon after having been declared extinct

When the researchers of the US organisation Panthera, NGO dedicated to wild felines and their habitat conservation, have observed the images taken by two hidden cameras installed to grab chimpanzee, they couldn’t believe to their own eyes. 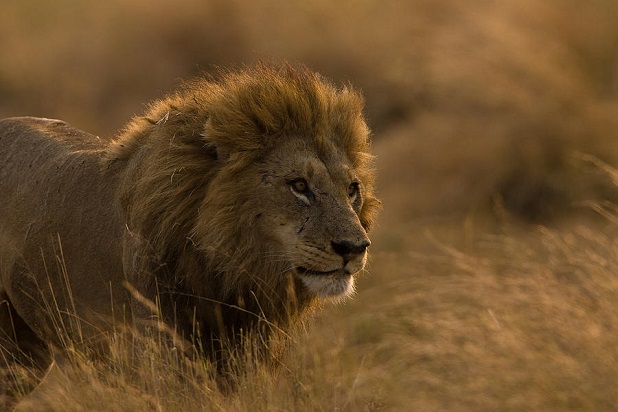 The large figure shown in the video, walking in the Batéké Plateau National Park, Gabon, is a male lion (Panthera leo), declared “locally extinct”. In Gabon, numerous lions lived until the 1950s, but poaching, a decrease in prey and habitat loss decimated the population. Since 1996, for nearly 20 years, no lion has been spotted in the region.

“This footage is truly unexpected, and yet wonderful proof that life for the lions of Gabon and the region still remains a possibility.”said Panthera’s Lion Program Survey Coordinator, Dr. Philipp Henschel. “The videos demonstrate that the efforts of the Gabonese authorities to protect this landscape, starting with the designation of the Batéké Plateau National Park in 2002 after an initial lion survey in the area, have been successful.”

The footage has been made during a study on chimpanzee (Pan troglodytes) realised in an area that extends from Gabon to the Democratic Republic of Congo, and led by Panthera group, in collaboration with the Max Planck Institute for chimpanzee evolution and the Aspinall Foundation.

The presence of the lion has a double explanation. According to researchers, it could be an isolated individual from the neighbouring country that crossed the Congo river, since male lions with no pack can travel 300-400 kilometres from their birth place; or it could be part of a broader pack. Panthera announced the launch of a detailed research in order to find out if  a lions pack actually exists in Gabon. 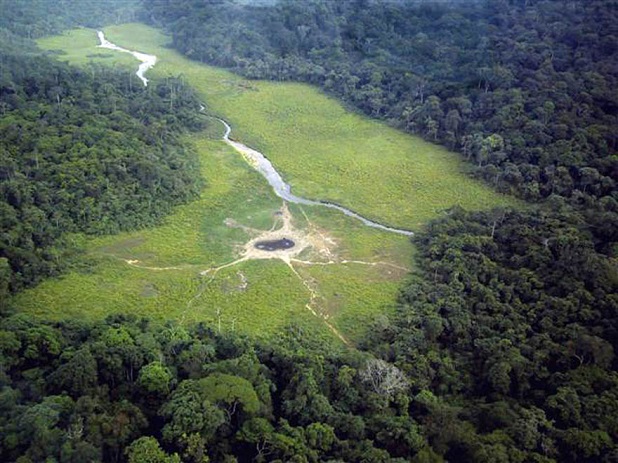 The sighting represents good news for the king of the Savannah, animal that until 10,000 years ago was spread all over the world and was the second largest mammal after man, whilst today, according to a study by Plos-One, only 35,000 lions live in the wild, occupying only one quarter of the area once inhabited by them.