The agony of polar bears shown in a picture

A picture taken in Svalbard clearly shows the phenomenon of arctic ice melting that is threatening polar bears survival.

The polar bear (Ursus maritimus) is the planet’s largest carnivore, it can exceed 2.5 metres in length and 800 kg of weight. The bear pictured by Kerstin Langenberger in an island of the Svalbard archipelago, in the Arctic Ocean, is a pale caricature of the majestic plantigrade. 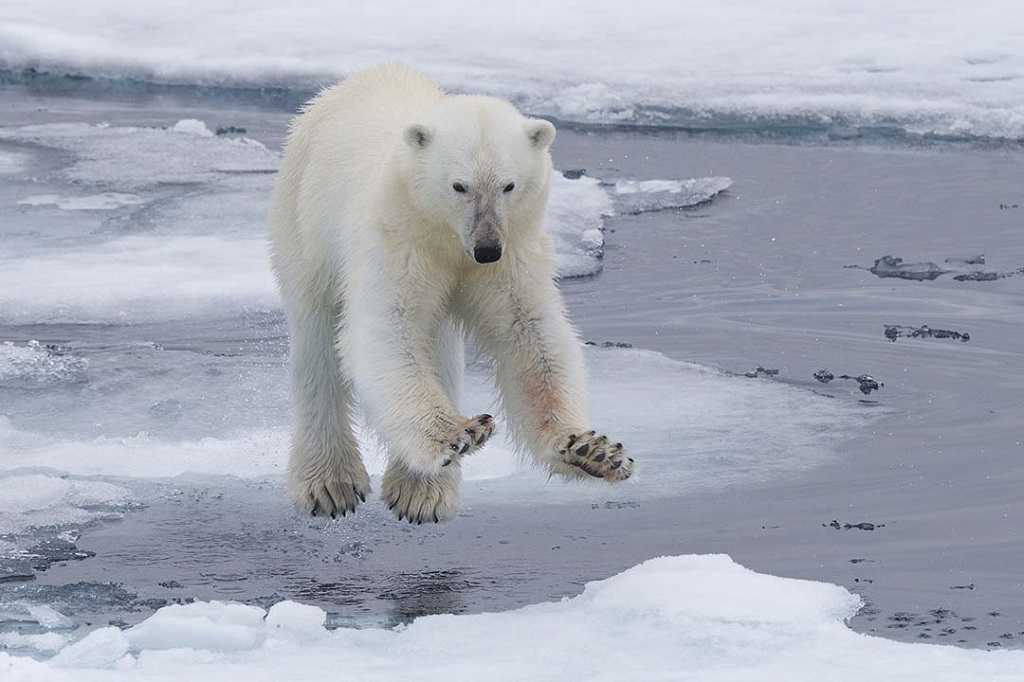 The picture by the wildlife photographer shows an undernourished and exhausted animal, which unsteadily wanders on a thin layer of ice. The image, with its great expressive power, reminds us our responsibilities by documenting climate change consequences.

Due to an increase in global temperature, arctic ice is melting, literally liquefying polar bears’ habitats, and forcing them to travel long distances, even swimming, in search of food. These conditions force the animals to go through longer periods of fast, and many bears, exhausted by hunger and strain, don’t survive. 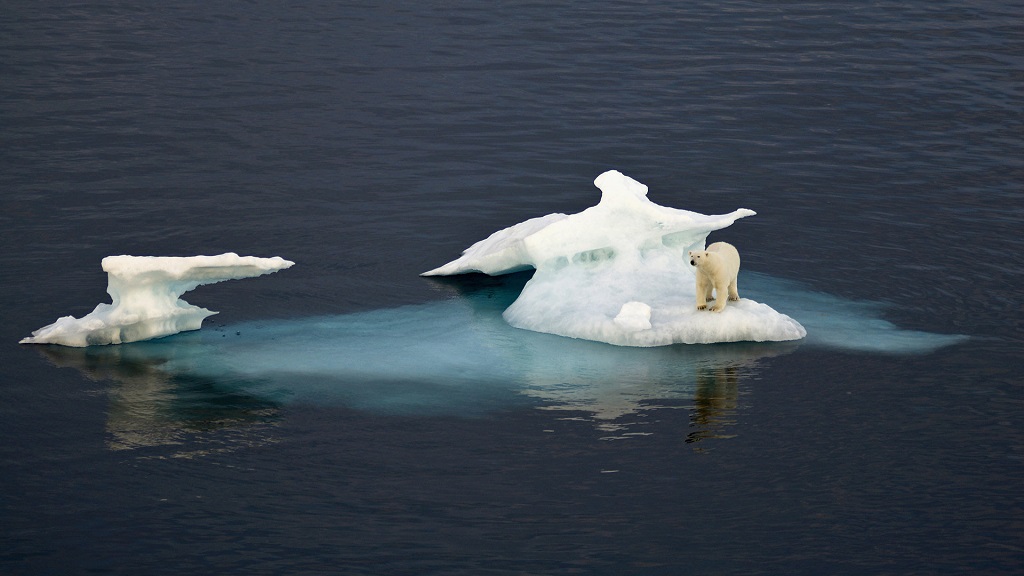 The survival of the species, classified as Vulnerable by the IUCN Red List, is at risk. According to estimates, there are some 20-25 thousand individuals, whose future is always more uncertain.

Bears normally roam the pack ice in search of seals, their favourite preys. However, arctic ice is disappearing, becoming thinner and thinner year after year. Due to climate change, sea ice melts earlier in spring and ices up later in autumn. 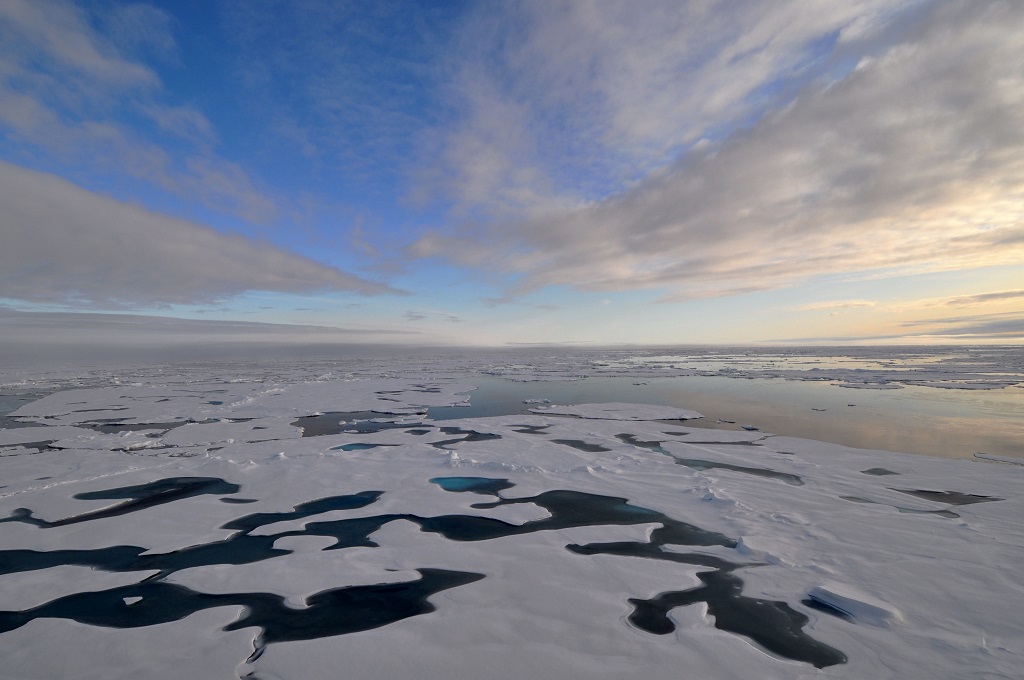 According to data collected by scientists in Hudson Bay, Canada, for each week of advance of ice melting, bears lose 10 kg of weight, struggle to feed cubs, and visibly show severe health conditions.

This is what exactly happened to the unlucky mammal protagonist of Langenberger’s picture. The German photographer published the image on Facebook with a sad comment.

“For tourists and wildlife photographers, the main reason to come to Svalbard is to see polar bears. And yes, usually we find them: beautiful bears, photogenic bears, playfull or even at a kill. At first glance, everything is as it has always been in one of the most easily accessible polar bear populations of the world, strongly protected and doing good, so some scientists say”. But reality is way different. 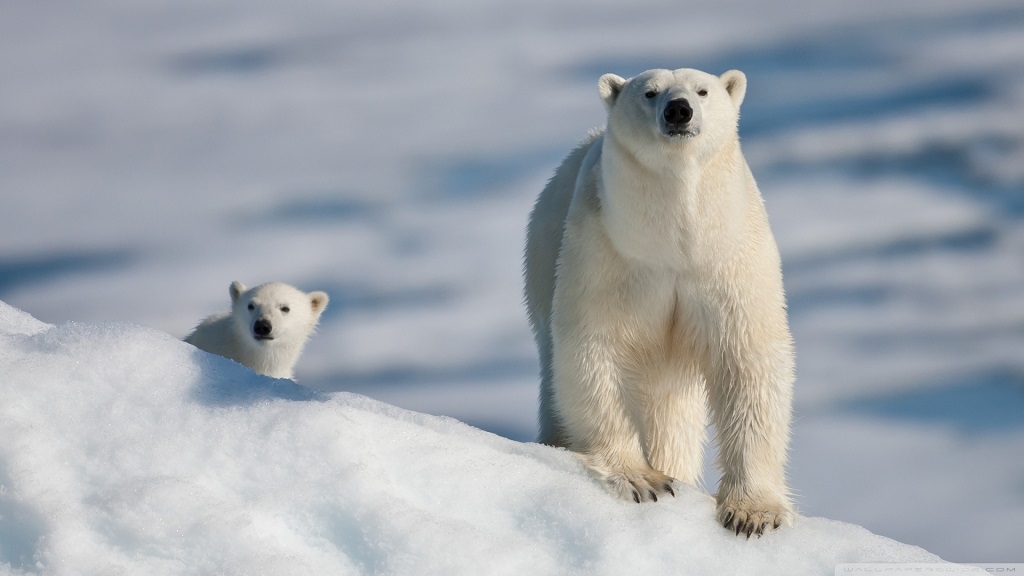 “I realized that the fat bears are nearly exclusively males which stay on the pack ice all year long. The females, on the other hand, which den on land to give birth to their young, are often slim. With the pack ice retreating further and further north every year, they tend to be stuck on land where there’s not much food. In the first year, they lose their first cub. Only once I have seen a mother with a nearly independent cub. Only few times I have seen beautifully fat mothers with beautifully fat young. Many times I have seen horribly thin bears, and those were exclusively females – like this one here. A mere skeleton, hurt on her front leg, possibly by a desperate attempt to hunt a walrus while she was stuck on land.”