There’s still hope for the saiga: populations are bouncing back

A mysterious epidemic decimated saiga populations (Saiga tatarica) in Kazakhstan last year, from mid-May to early June. More than 200,000 individuals of this rare antelope species died over just a few weeks, cutting to half the endangered population of central Asia.

The causes of the epidemic – which killed the animals within a few hours from the onset of symptoms such as diarrhoea and respiratory crises – are still unclear, but scientists argue it was due to bacterial infection.

Saigas are fighting against extinction

The epidemic represented a severe blow to this tiny, funny antelope, which has been roaming the Earth since the Ice Age. The saiga is listed as Critically Endangered by the IUCN Red List of Threatened Species since 2002 and, before the die-off it was mainly threatened by poaching (for meat and males’ horns) and habitat loss.

Good news for the saigas

Despite saiga populations dropped by 95 per cent over the past decades, it seems that these mammals don’t feel like becoming extinct. A recent study, carried out from April 18 to May 3, revealed that the numbers of all three saiga populations in Kazakhstan are going up.

“The news about recovering saiga populations in Kazakhstan is a sign of hope after the catastrophic mass saiga die-off event in 2015,” said Bradnee Chambers, Executive Secretary of the Convention on Migratory Species (CMS). 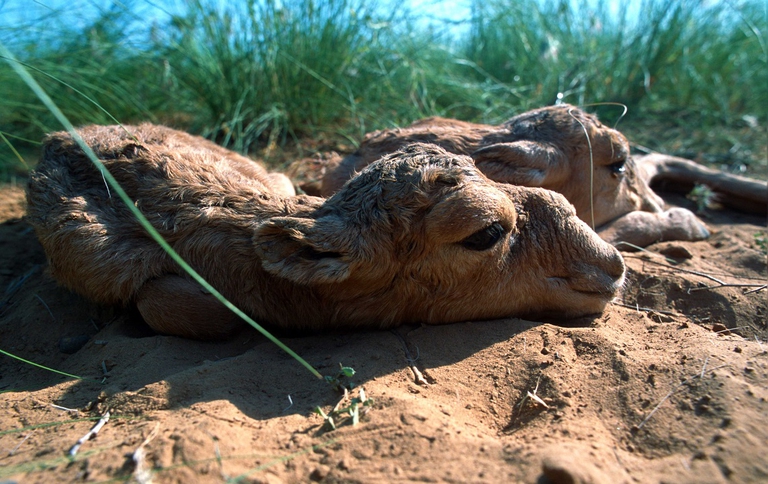 How many saigas survive in the wild

The research, conducted by the Ministry of Agriculture of the Republic of Kazakhstan in partnership with the Association for the Conservation of Biodiversity of Kazakhstan (ACBK), counted a total of 108,300 adult saigas. The Ural population has about 70,200 individuals, up from 51,700 in 2015, while the Ustyurt population has around 1,900 individuals, up from 1,200 in 2015. The third population (Betpak-Dala) has about 36,200 individuals. “This is far below the 242,000 animals we counted in spring 2015, before the mass-die off,” said Albert Salemgareyev, biologist from ACBK. “But we are grateful for this glimpse of hope.”

Paradise lost, how we’ve destroyed 7% of the Earth’s pristine forests since 2000

Climate is changing and so is our food

Australia, one third of the Great Barrier Reef has died

The Indonesian palm oil moratorium comes weeks after Leonardo DiCaprio visited the country to raise awareness on plantations’ impact on the Leuser ecosystem.

After denouncing the impact of expanding palm oil plantations on local forests and endangered wildlife, the government says Leonardo DiCaprio risks being banned from Indonesia.

The Leuser Ecosystem, Indonesia, is one of the world’s richest biodiversity hotspots, but also one of the most endangered places due to deforestation.