The Leuser Ecosystem, Indonesia, is one of the world’s richest biodiversity hotspots, but also one of the most endangered places due to deforestation.

With verdant and pristine rainforests and high peaks, the Gunung Leuser National Park, Indonesia, is a real treasure for biodiversity. It is home to species still unknown to science and, above all, it is the last place on Earth where Sumatran orangutans, elephants, bears, and rhinos roam freely in the wild.

The lowland #rainforest of the Leuser Ecosystem are considered the world’s best remaining habitat for the critically endangered Sumatran #elephant. In these forests, ancient elephant migratory paths are still used by some of the last #wild herds of Sumatran elephants. But the expansion of Palm Oil plantations is fragmenting the #forest and cutting off key elephant migratory corridors, making it more difficult for elephant families to find adequate sources of food and water. The Leonardo DiCaprio Foundation is supporting local partners to establish a mega-fauna sanctuary in the Leuser Ecosystem, last place on Earth where Sumatran orangutans, tigers, rhinos and elephants coexist in the wild. Click the link in the bio to stand with @haka_sumatra as they fight to protect the Leuser Ecosystem. #SaveLeuserEcosystem #Indonesia

Hollywood actor Leonardo DiCaprio, who attended the COP21 in Paris and is well-known for having the environment close to his heart, supported the The Last Place on Earth campaign, promoted by the Rainforest Action Network (RAN) for the protection of the Leuser Ecosystem.

Despite it is formally protected under Indonesian law, this fragile ecosystem is seriously threatened by the fast-growing industrial development of palm oil, pulp and paper, and mining industries. 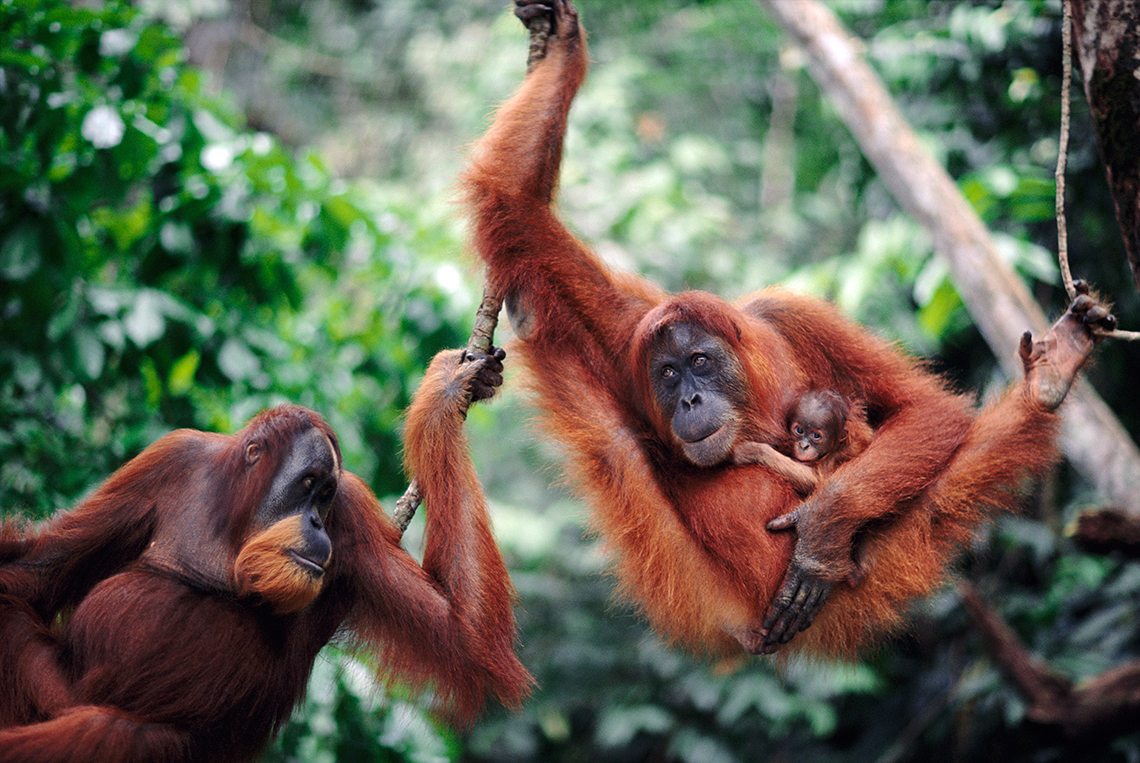 “The Leuser Ecosystem is a precious area due to its incredible animal and plant biodiversity. It is home to the Sumatran orangutan (Pongo abelii), which is the rarest species of orangutan. We must protect these areas. They are real sanctuaries for our Planet,” said Gustavo Gandini, Professor of Veterinary Medicine at the University of Milan and former deputy president of WWF Italia.

If deforestation is not curbed, not only will biodiversity be threatened, but also the millions of people inhabiting the Leuser area and depending on it for their survival. In November 2014, RAN started negotiations with three major palm oil producers (Wilmar International, Musim Mas Group, and Golden Agri-Resources Ltd) in order to promote a more sustainable production process. Despite some steps forward have been taken, this incredible ecosystem remains at risk.