Pope Francis breaks the silence on climate issues and says that, with regards to global warming, humankind is at fault.

Even Pope Francis thinks that man is mainly responsible for climate change and for this reason he hopes that at the Paris Conference (Cop 21), which will take place from 30th November to 11th December 2015, courageous decisions will be made to protect the environment and climate.

The Pope is working on a long-awaited encyclical about ecology that is almost finished and probably will be published in June, so that it can serve as an incentive and inspiration to the delegates who are going to gather in the capital of France at the end of the year.

Speaking to reporters on the plane that was taking him from Sri Lanka to Manila, capital of the Philippines, he was asked what the major cause of climate change was. “I don’t know if it is all (man’s fault) but the majority is, for the most part, it is man who continuously slaps down nature” the Pope said . 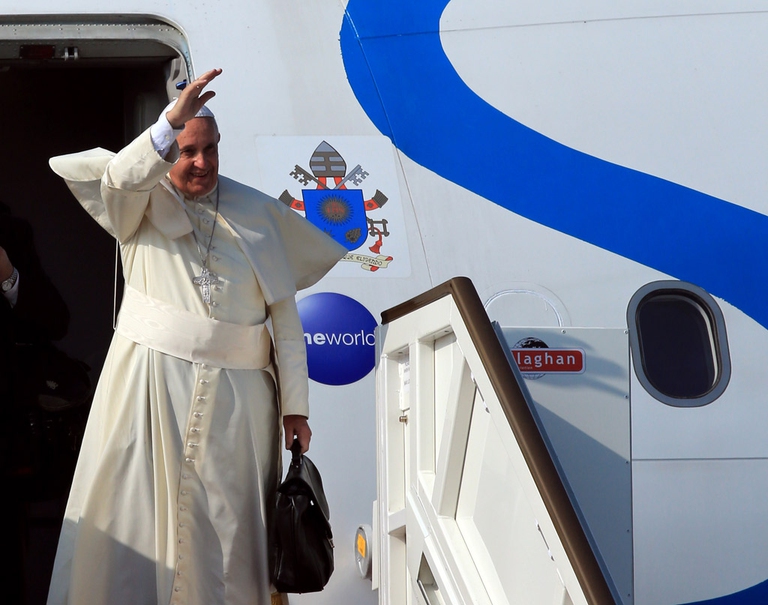 These words, which gave a chance to solve the conflict between conservative and liberal Catholics, mostly in the United States, were the clearest ever uttered by a Pope on the causes of climate change.

“We have, in a sense, lorded it over nature, over Sister Earth, over Mother Earth. I think man has gone too far. Thank God that today there are voices that are speaking out about this”, said Pope Francis, who since his election in 2013 has made many appeals to ask governements and international communities to commit themselves to environmental protection.

Probably Pope Francis will talk about climate and environment on Saturday, when he’s going to visit Tacloban, the most devastated town of the Philippines by typhoon Haiyan in November 2013, with 6,300 people killed and many others affected. 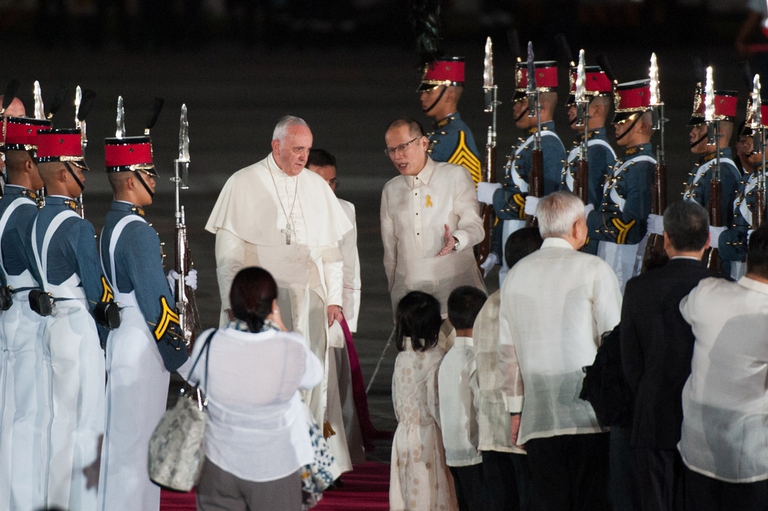 During last year U.N. conference on climate (Cop 20) held in Lima, the governments of the participant countries agreed the so-called building block model, i.e. a system based on many national’s proposals to combat climate change. Therefore, every country was asked to submit its plan for the reduction of CO2 emissions in the atmosphere by 31th March (Intended nationally determined contributions).

This decision disappointed the Pope, who said that the Peru meeting was a lack of courage. Anyway, he hopes that on the occasion of the Paris conference courage will be found again.