There was a time when giant animals roamed the Planet. Mammoths, mastodons, and woolly rhinos freely inhabited the world. In the Pleistocene, however, these creatures started becoming extinct, in a process that reached its peak 11,000 years ago. Several theories were made about their decline, but most scientists attribute it to the increasing presence of super-predators able to modify the environment and use new hunting strategies: humans. 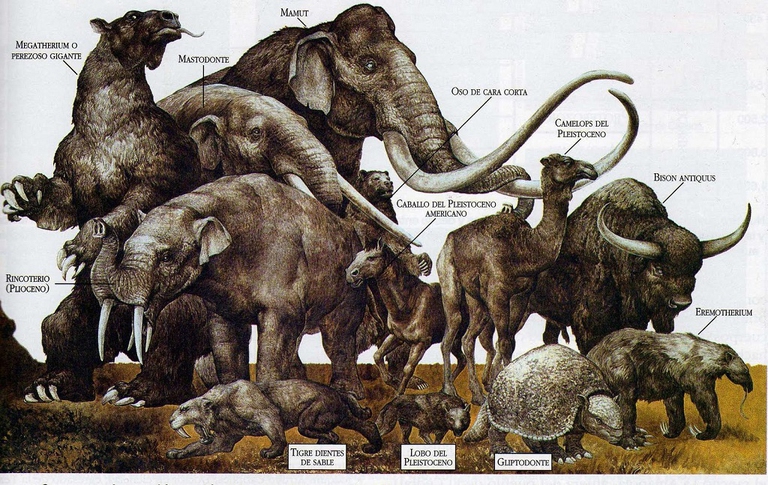 Overhunting led to the decline of numerous large herbivore species, generating a knock-on effect that involved both predators and the environment. Nowadays, history may repeat itself according to a 2015 study published in the journal Science Advances. “The massive extinction that involved 80 per cent of the species of giant herbivores in the Pleistocene seems to currently be continuing in Africa and Southeast Asia,” the study reads. “The extinction of the western black rhinoceros (Diceros bicornis longipes), and Javan rhinoceros in Vietnam (Rhinoceros sondaicus annamiticus) is confirming this trend.”

60 per cent of giant herbivores are threatened with extinction and, just like 11,000 years ago, the main cause is over-hunting. “I expected that habitat change would be the main factor causing the endangerment of large herbivores, but surprisingly, the results show that the two main factors in herbivore decline are hunting by humans and habitat change. They’re twin threats,” said one of the study’s authors, William Ripple.

Asian megafauna is the most affected

The research focuses on giant herbivores weighing over 100 kilos. 74 species were identified, including elephants, rhinos, gorillas, giraffes, okapis and tapirs. Most of these animals live in Asia and Africa. All 19 Asian species of giant herbivores are at risk of extinction, while 12 out of 39 African species are endangered. In South America 4 species out of 5 are threatened with extinction, and in Europe only one species is currently endangered, the European bison (Bison bonasus).

Poaching is decimating elephant and rhino populations, as well as those of many other herbivores. “Over-hunting in developing countries is likely to be the main factor of large herbivores decline,” researchers write.

Habitat loss is a key factor, too. The studied species have lost 81 per cent of their ecosystems. Moreover, competition with farm herbivores, which have tripled over the last twenty years, has dramatically increased.

Megafauna decline has numerous negative consequences, as giant animals are biologically essential to the functioning of their ecosystems. “Large herbivores interact with several small animals, and they are a great resource for tourism.” Yet all is not lost: a number of happy endings remind us that saving megafauna is still possible.

In 1894 only 40 white rhinoceroses survived, but now there are 20,000 individuals; in 1927 the European bison was declared extinct, whilst 30,000 individuals now live in the wild; in 1960 Przewalski’s horse disappeared, but today it is found in the Mongolian steppe.

These animals’ future depends on the actions we will take in order to protect them. To avoid a new mass extinction, we need to expand protected areas, improve wildlife corridors, reduce the consumption of animal proteins, and continue conducting research, especially on less well-known species.